As most of you know, I am old. As such, I have a low tolerance for, well, a lot of things, which is why I have a separate b1tchin' blog. One of the things with which I am totally out of touch (like, totally *snort*) is the current lingo. One of my dear pals, Mary Dawn, has spent endless hours guiding me and answering my "say wha?" queries, and now I know one or two words, though I mostly pretend I don't, and I certainly do not use them myself.

Part two of being old involves me having rules, and yes, I have quite a few of them. They keep me sane, or as sane as can be. One of those rules that has served me well over my years of card-making is that I won't buy a stamp set that I wouldn't use myself. Why not? Well, I make cards to sell (or I used to, and I plan to again post-retirement), and if a card doesn't sell, then it becomes something I either have to use myself or store or give away. Given that I have 10 pounds of s-crap in a 5-pound condo, long-term storage isn't really an option, and giving away cards that I made with the intent to sell (and recoup my cost of materials, at least) just hurts my bottom line. So, it's much smarter for me to only buy stamp sets that I'd use on cards I'd send myself. HAHA, like I'd send a card. I crack myself up. There is sound logic in there, somewhere.

ANYWAY, here we are, and I did the unthinkable: I bought a stamp set made up of words Mary Dawn has taught me. Words I would never, ever, use myself. I did. And I just used it to make this card: 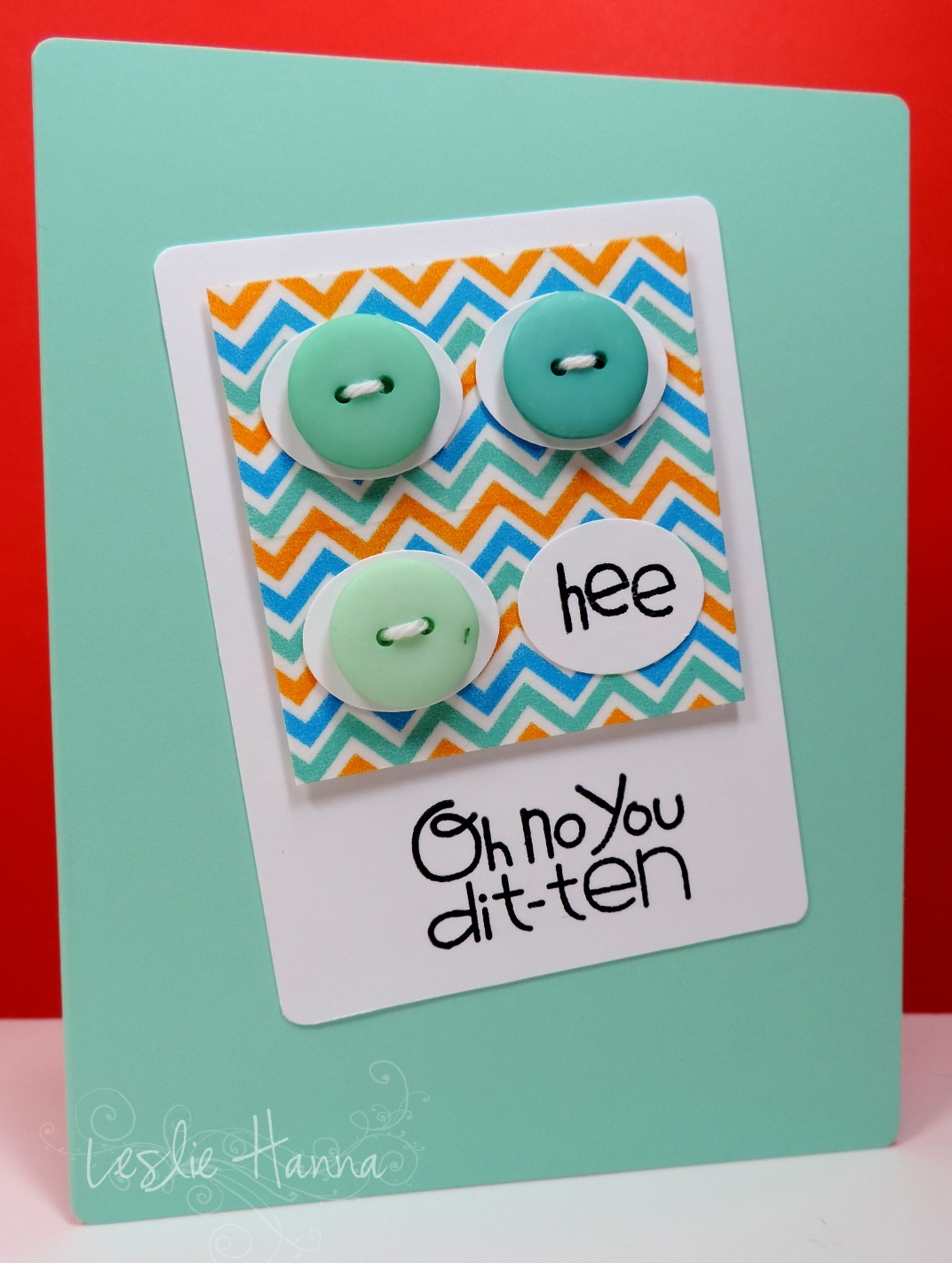 See what I'm talking about?!?! GAH! This card actually started yesterday with me wrapping some washi tape around a piece of card stock and staring at it. Then I saw this sketch at Unscripted Sketches: 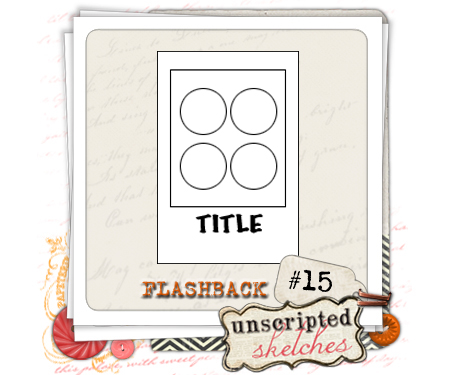 and that reminded me of the new A Blog Named Hero challenge to use buttons: 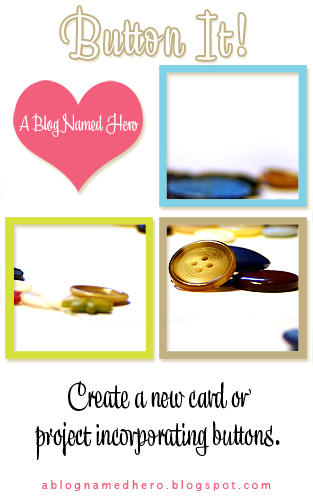 and things just took off from there. Oh, here's my card again since I've managed to blah blah blah it off the viewable page:

I decided to use Hero Arts pool buttons, but I wanted to be different and not use circles, so I punched out tiny white ovals to put behind the buttons to give them some contrast. Then, because my brain was stuck, I threaded a needle with some white twine and sewed the buttons to the washi-covered panel. Yes, I did.

Then I went in search of a sentiment to fit the fourth tiny oval. Guess what set worked the best ... yep, the Paper Smooches Slang Gang set. I might say "hee", but I would never say "oh no you dit-ten", and even if I did, I'd put a comma in there somewhere.

Also, please note I've become allergic to square corners, and I've used my 1/8" Chomper on both the white layer and the pool note card base. I just like it better, what can I say?