We're mid-month, and mid-challenge for my Crooked Stamper Sketch Challenge #6. I thought I'd mix it up a little and try flipping the sketch. This is what came out: 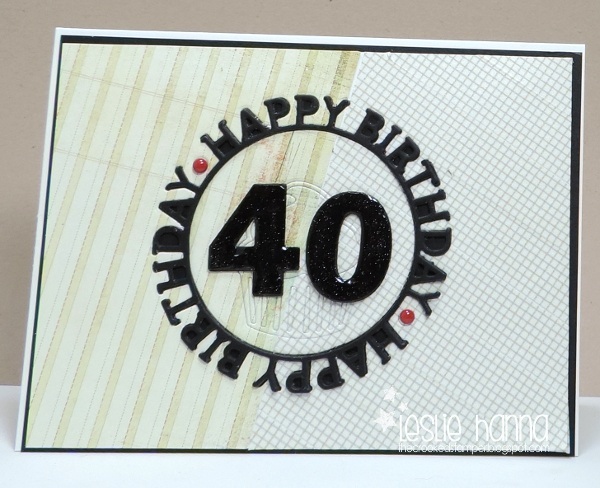 I've been pondering this mid-challenge card for over a week, and naturally, it only ended up about half of what I'd thought I'd make. Isn't that always the way? No? Well it is with me. Things don't always happen as planned in my brain.

Step one was to put some striped paper on my 4"x5.25" white panel. Then I decided the white side was too white, so I went in search of some washi tape. I might have one or two rolls. *ahem*

After I applied the washi tape and trimmed it all up, I die-cut the Simon Says Stamp Birthday Circle out of the center, then I die-cut it a few times out of black. I also cut a few 40s out of black. I stuck one of the happy birthday circles into the space left behind on my panel, and then added the second one for some depth. It's really crooked, please be gentle with me. 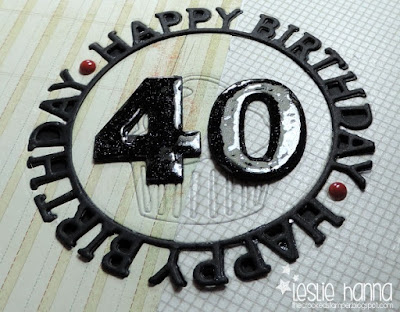 One thing I messed up. I didn't save all the tiny pieces from the inside of the non-black birthday circle letters. I did ponder putting each of those stinkin' little pieces back into the letters, but I realized I was missing a few, so I gave it up.

The die has two circles - between the Birthday and Happy. THOSE stayed in. I just added some red enamel dots.

Oh, see the cupcake under the 40? Yeah, I wasn't thinking clearly. But you know what? I've decided I like it! It's like a suggestion of a cupcake, but not really. That's my story and I'm sticking to it.

Oh, here's the flipped sketch and my card:

The challenge linkup over at the original post will be open until July 21st. Lots of time to play! And I hope you will!