I've had some version of this card planned for a while, mostly since I love these Grumplings, and I'm running out of time to use them this year. Also, since he's got attitude, the card is perfect for my third submission to the Sisterhood of Snarky Stampers' current challenge: 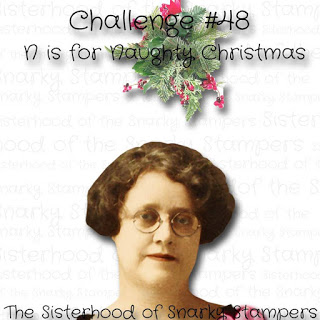 Attitude may not scream snarky or naughty to you, but I'll bet Santa isn't happy right now, and this guy just might get some coal in his stocking: 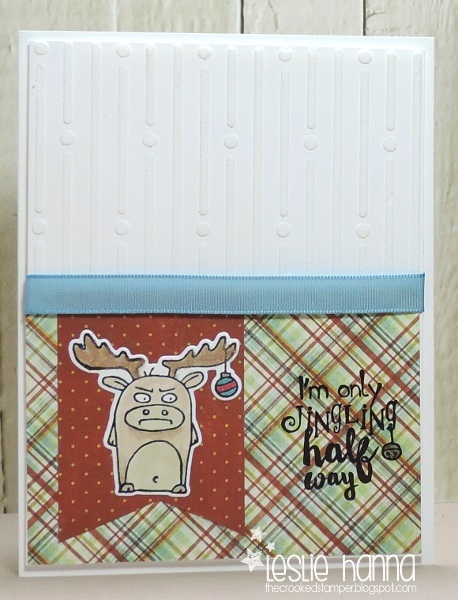 The sketch is one I've had out for a few days, and I finally used it here. There were a few heh hehs and whoopsies along the way, which is pretty standard in my world. One of the heh hehs was my use of ribbon. In the old days, I put that shit on everything (name that commercial); now, not so much. Also, I'd planned to stamp the sentiment onto a piece of acetate, so I was using my MISTI to line things up, and I stamped it directly onto the paper instead. (whoopsie)

Instead of embossing the top part of the card, I pulled out my never-been-used Dots and Lines stencil and used it instead of my Falling Snow stencil, mostly because I ran across it first and I stopped looking. Because my photography skills are so poor, you can't see where I touched the embossing paste before it had completely dried. Impatience is not a virtue.

The sketch is from Freshly Made Sketches: 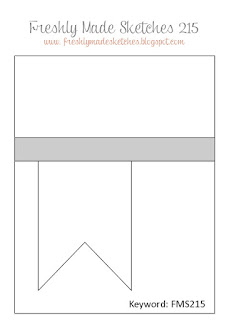 ETA: This card won me a Princess crown at Sisterhood of Snarky Stampers! 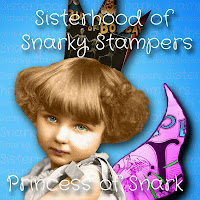