Once again, I'm not sleeping, so ... time to stamp! I keep collecting challenges to do, then I realize I just added one that has its sister at the beginning of my list, from last week, still not done. I might be a bit behind. But since they're still valid challenges, I can still do them, even if I can't link up. In my world it's not about the link-up so much as the challenge to do something different.

So surprise! I did two challenges that are actually current! I was heavily influenced by a recent stampy supply order I received, and one of the dies gave me an idea. Actually, it was this idea that convinced me I needed the die.


The die is from Simon Says Stamp (linked below), and it just screams "color challenge". I prefer sketches over color challenges, mostly because I have an aversion to certain colors, and I struggle to make it work. But this die - I am set!

The colors are from the current Nacho Average Challenge: 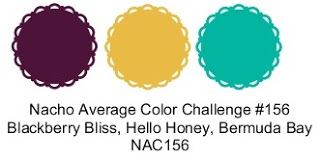 and the sketch is the current Less is More challenge: 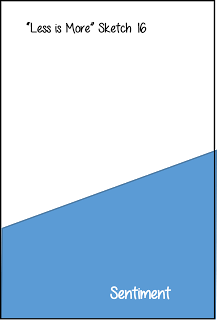 I used the die as the diagonal (said Captain Obvious), even though both sides of the base above and below the diagonal are the same color. Hopefully I won't be disqualified.

After a few false starts, I stuck pieces of double-sided adhesive to the backs of my card stock remnants (anything that's at least 1/4 sheet of card stock in my world is not a "scrap"), then cut them out. I used one of the negatives from an earlier failed attempt as a guide to place the pieces.

Sentiment. I needed a sentiment.  For the FIRST TIME, I actually used my ink color swatch book to choose the ink color. I determined that the Hero Arts Grape Juice ink was a very close match to whatever that purplish mystery remnant card stock is (maybe SU Rich Razzleberry?). Then I hit up my "new and not used yet" bin and chose my new Hero Arts Stamp Your Own Cactus* stamp set and chose the Hug Me stamp. Perfect. And I think it goes nicely with that twisted graphic die, too.

Wow, two challenges done, and it's not even midnight yet. Who knows what else might come out of that craft room tonight.

* I have resisted the succulent craze until now. I'm not a flower gal, and succulents are just flowers with different watering requirements. I'd still kill them. Now that every single company has at least one succulent set, I decided I'd choose one - ONE, and I took my time choosing. I finally just ordered and received the Hero Arts Build Your Own Cactus set. I like the larger size of the images, mostly. Well see if I ever use it again.

Stuff I used: Remnants of yellow, purple and blue-green card stock, SU Very Vanilla card stock (I got confused - another color challenge has vanilla, but oh, well), Elizabeth Craft double-sided adhesive (but I've linked to the Sookwang/Be Creative sheets below), and the following: