Yeah, I know, I've been pretty random lately. Between my Stamp Camps and the Olympics, I haven't been very crafty the past few weeks, but just so you know I am still alive, I thought I'd bring you another installment of randomness from my life. Lots of little things, none of which is blog-worthy by itself, but all together, they have promise. 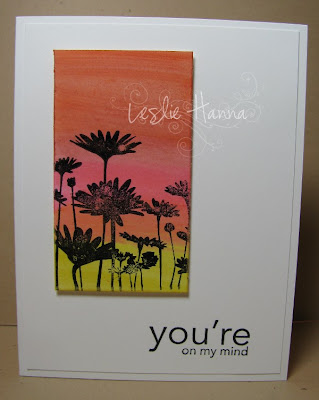 It was one of the four projects at this past weekend's Stamp Camps, and I did make some major Demo points by supplying the non-latex gloves so people didn't get inky fingers. As usual, a couple of The Ladies changed things up, and here's one of their versions of this card: 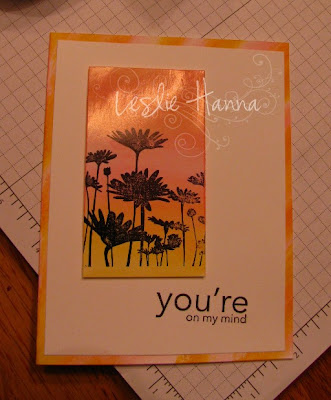 They had so much fun being inky, they added all that color to the card base, too! What a fun look!

2. This next card (of which you are all probably SICK by now) was a hit, too: 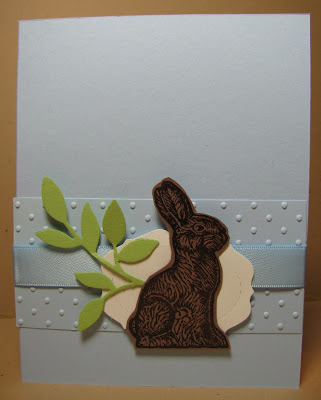 This time we had a SAVE situation. Someone finished her card and then managed to get brown ink on the upper left corner, where we had no opportunity to embellish it for the save. Enter: the corner punch. I punched the corner of a scrap of the blue, and she trimmed it to fit over the boo-boo: 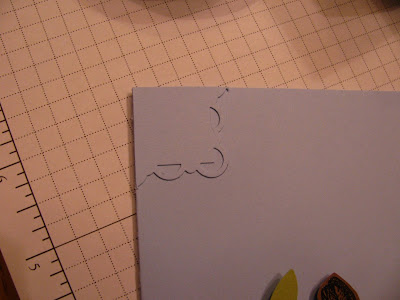 Ta-da! Nice save! (I hope you can see it - my photography skills are pretty awful these days.)

3. When I posted this pic from our last big snow: 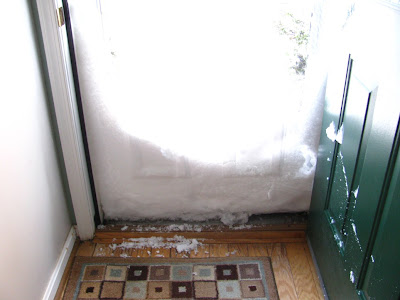 (yes, that's snow built up inside my front door), one of my tweeps sent me this: 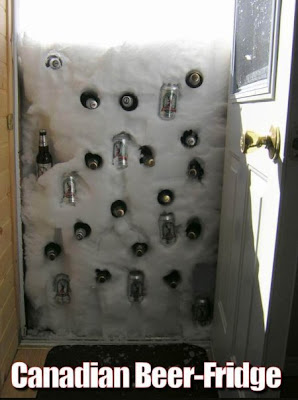 I thought it was very clever. God help me if I ever get that much snow, as my door is the front door! 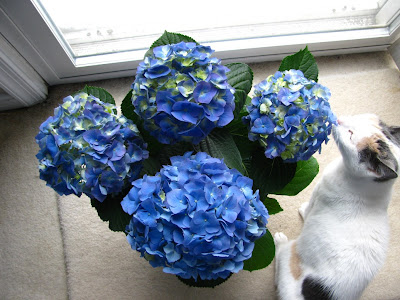 I killed them. One of The Ladies offered to take it home and try to save it, if only I would decapitate it. By that time, all the fleurs were droopy and sickly, which she said was actually draining the plant of any remaining strength. It was done, and the headless plant is now in her home, where it will be resuscitated and hopefully planted outside in a few months. Note to self: Don't buy these things any more ... just look at them in the store.

5. I played. I was enabled by one of my crafty tweeps to buy some wool felt, and I took out a much-neglected set of Cuttlebug dies and made this: 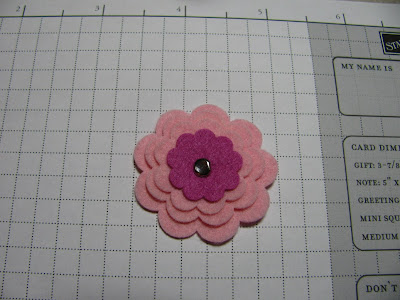 Is it not very cool? It took only a few minutes, and I think it will be a fabulous addition to my embellishment collection. Oh, yeah, like I need more stuff. But do I at least get points for cutting into it already?

6. I shopped. One of my tweeps (Do you see a pattern here? tweep = expenditure? I thought so.) makes jewelry, and when she announced she had a new batch of fresh-water pearls, I asked her to make this: 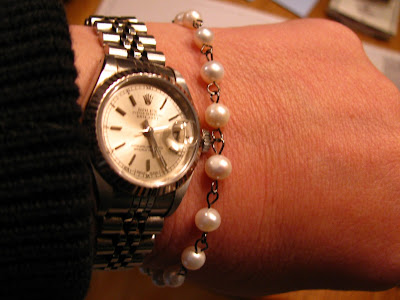 As most of you know, I am not into glam. I skip most jewelry counters and don't even stop to look in the windows ... it's just not my thing. Seriously, I wear polo shirts, or a sweater (or baggy sweatshirt) over a polo shirt, and that doesn't lend itself to being dressed up. However, THIS little piece was just perfect for me! It is understated and just right, and I wanted to show it off to you, my captive audience.

7. I stamped. Okay, you've seen this one before, too, but I had printed the images and I wanted to use them: 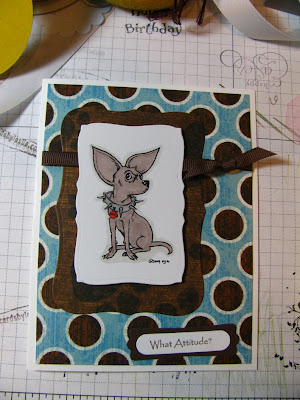 Oh, look, I attached the sentiment crooked. Surprise (not). The big news here is I made four of these AND that's a piece of card stock that is no longer in my UFO pile AND I used up the remainder of that piece of blue & brown patterned paper. YAY! Baby steps.


That's it. Lots of randomness and not a lot of substance, but that's how I've been rolling lately.

I hope to get cracking on some cards for my April show. Oh, did I tell you my March show was cancelled? Not enough people signed up. Oh, well. I'll focus on April. And my markets start the first Saturday in May, so, yeah, I need to focus. Seriously focus.

Thanks for stopping by!
Posted by Leslie Hanna at 8:43 PM

Email ThisBlogThis!Share to TwitterShare to FacebookShare to Pinterest
Labels: Ramblings