Last week on Twitter, the Hero Arts account asked if we stampers had had chance to play with Shari's Velveteen Stamping technique. Um, no. So I watched the video.

In a nutshell, she stamped a background in pigment white ink and let it dry. (I also think she has the patience of a saint. Just sayin'.) Then later she stamped a bold image over the white-on-white background and some of the white showed through, giving it a velveteen look.

I needed to try this. So amid the VSN flurry of activity this past weekend, I took time out to stamp a few (okay, like SIX) background images in Color Box Frosted White onto some A Muse Studio Sugar card stock, and I let it dry for a few days. Then I went back and stamped. And stamped. I used all six of those backgrounds, and only two are somewhat presentable. And no, I didn't get the look I wanted, but it's still kinda cool. 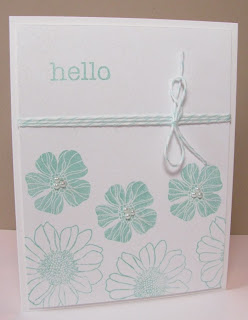 I tried a pale color for my stamping, hoping the velveteen thing would happen. This is the best I got: 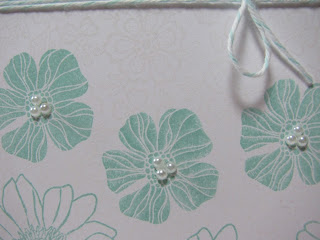 If you look very closely, you can see the lace background stamp I used for my white-on-white, but it didn't show through the blue ink at all. :(

For my next attempt, I used darker colors: 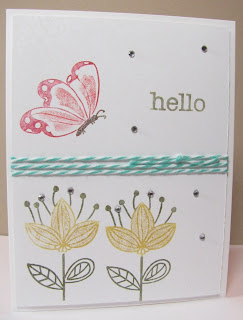 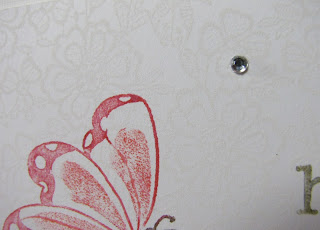 Not happenin' for me. HOWEVER, I still like the look, so I'm still going to use this white-on-white thing as a cool background, but obviously I need more training. So if any of you try it and succeed, please come let me know the secret, k? I thank you.

In other news, I might be addicted to Chia seed tapioca made with vanilla almond milk. Here's the recipe I followed, but for the second batch I left out the cinnamon. I also used less milk, because I like it thick. I'm on my third batch, and I'm now out of almond milk. The world might end. I'm also intrigued by this recipe, so once I re-stock the almond milk, I'll give that a try. nom nom nom

Thanks for stopping by!
Posted by Leslie Hanna at 8:34 PM