When I watched this Layered Inking video by Jennifer McGuire, I knew I had to try it. I had a crafty play date on Saturday, so I brought what I needed and I made this: 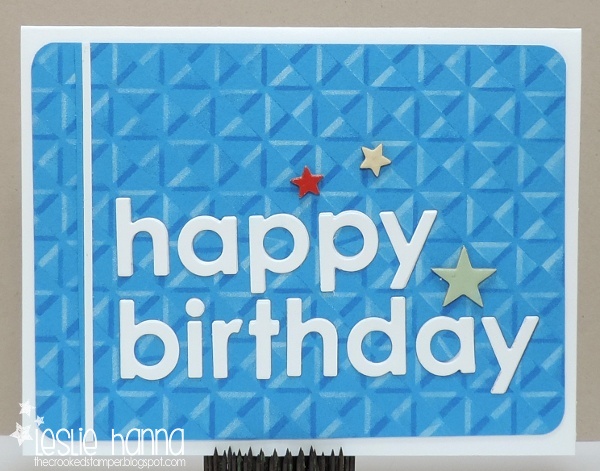 The toughest part for me was actually the sentiment. I wanted block letters instead of script, but that meant they were all separate, and I'd have to line them up. I know me pretty well, and I didn't trust myself to get them straight, so I die-cut the words out of the blue piece and just filled them in with white letters. The letters are actually three or four layers ... I just kept going, and going ...

I thought the card needed something vertical, so I added two thin strips of card stock on the left.

Then I stared at it a while. It was too linear and it needed something, but what? I wanted to put a bow or something on the top left, but my pal said that was too predictable, so she pulled out some star stickers and we played with that for a bit until we ended up with what you see here. I really like how it turned out!

I've got a few more cards from my play date that I'll share later.