I'm still digging myself out from under boxes, but I've managed to create a space in my craft room where I can actually work. Here's where I am so far: 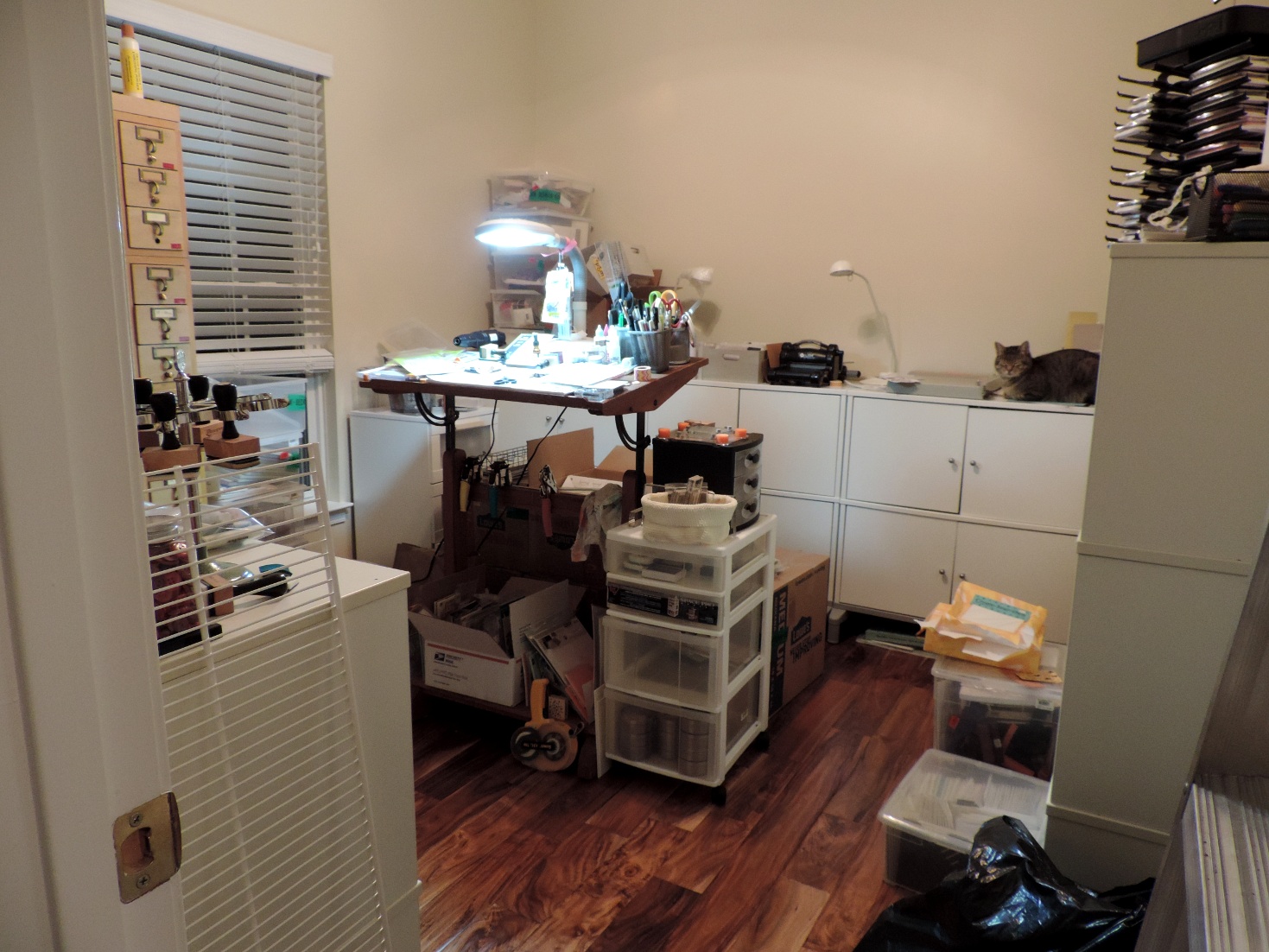 Even though there are still a few boxes around, it's workable. You can see floor and there are paths, so I'm good. :)

So I played yesterday's OWH sketch: 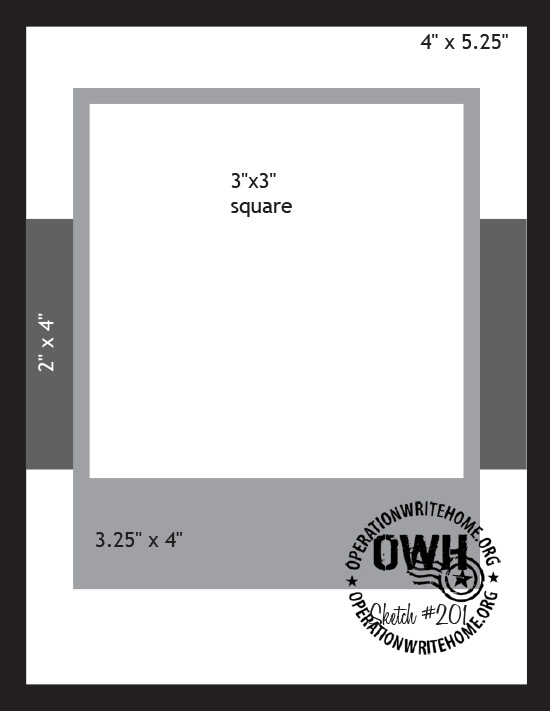 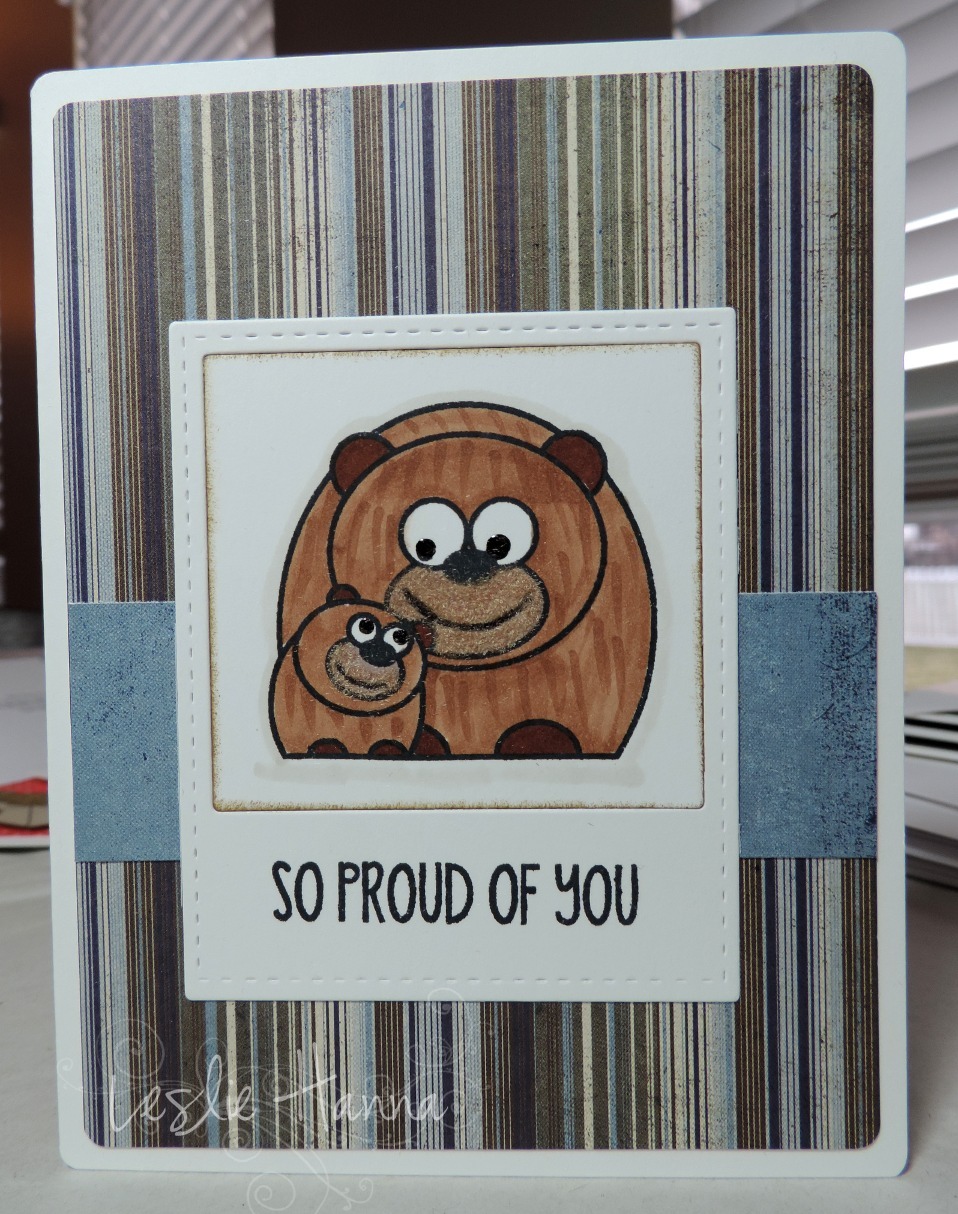 I actually made four of them, in an attempt to use up some Basic Grey papers. I would have made more, but there's that whole coloring thing that I do not like, so I limited myself. Next time I might paper piece them.

I used one of the new Hero Arts OWH stamp sets, and they are pretty cute critters. Perfect for making cards to send to kids.

I had a bit of trouble with my coloring - as always - so I went back over the bears with one of the markers and "flicked" in some "fur" in an attempt to hide the miserable coloring job. I also added Enamel Accents to the eyes, and flocking to their muzzles. You can kinda see that here: 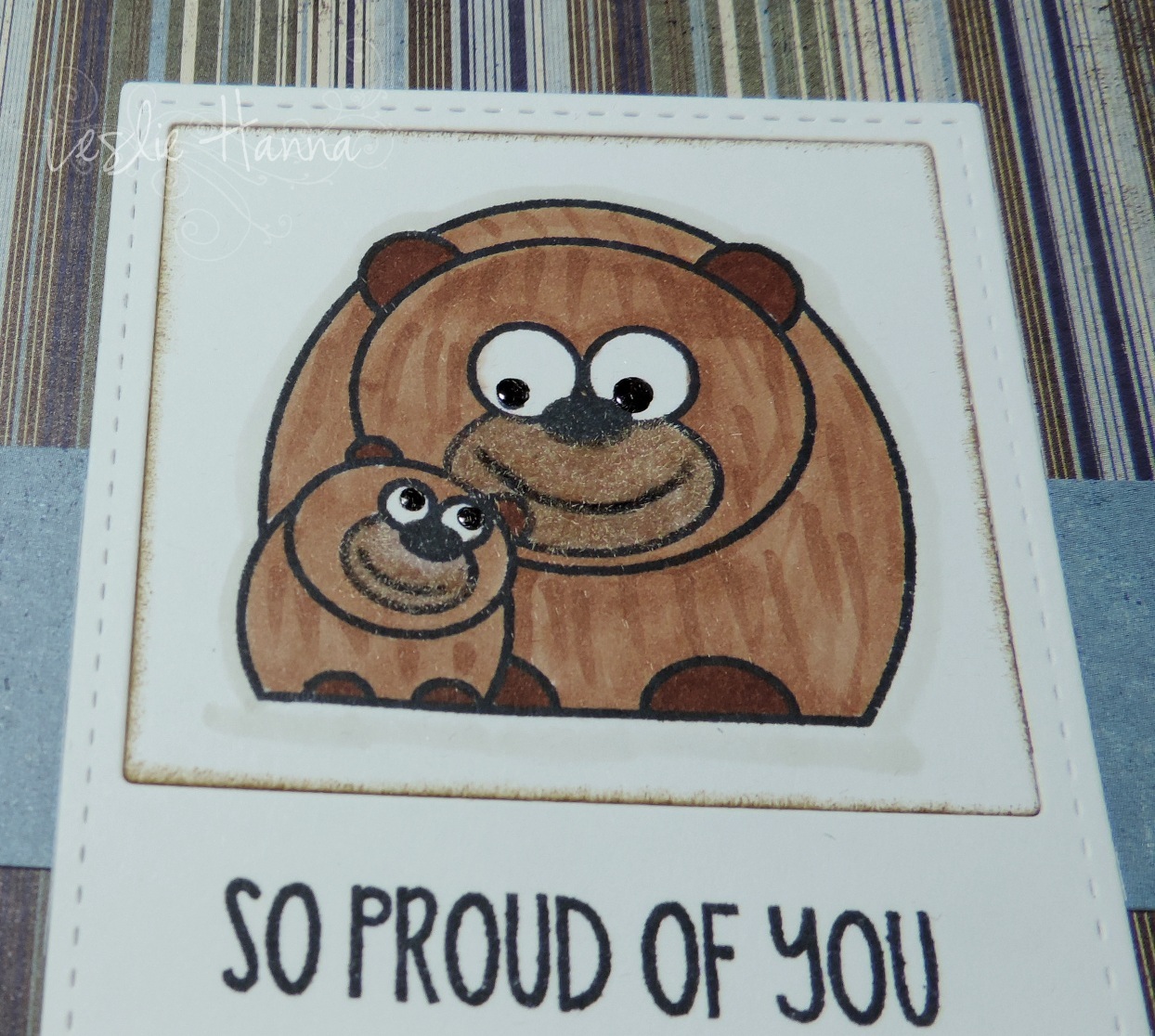 In other news, Bobra has reclaimed his spot in my craft space. In the condo, I had a row of cabinets under a window, and he had his little spot on the end. In this house, I assumed (wrongly) that he liked that spot because of the windows, so I reclaimed the space for more flat surface for myself. Bobra had other ideas.

First, he claimed his space, in spite of what I had put there: 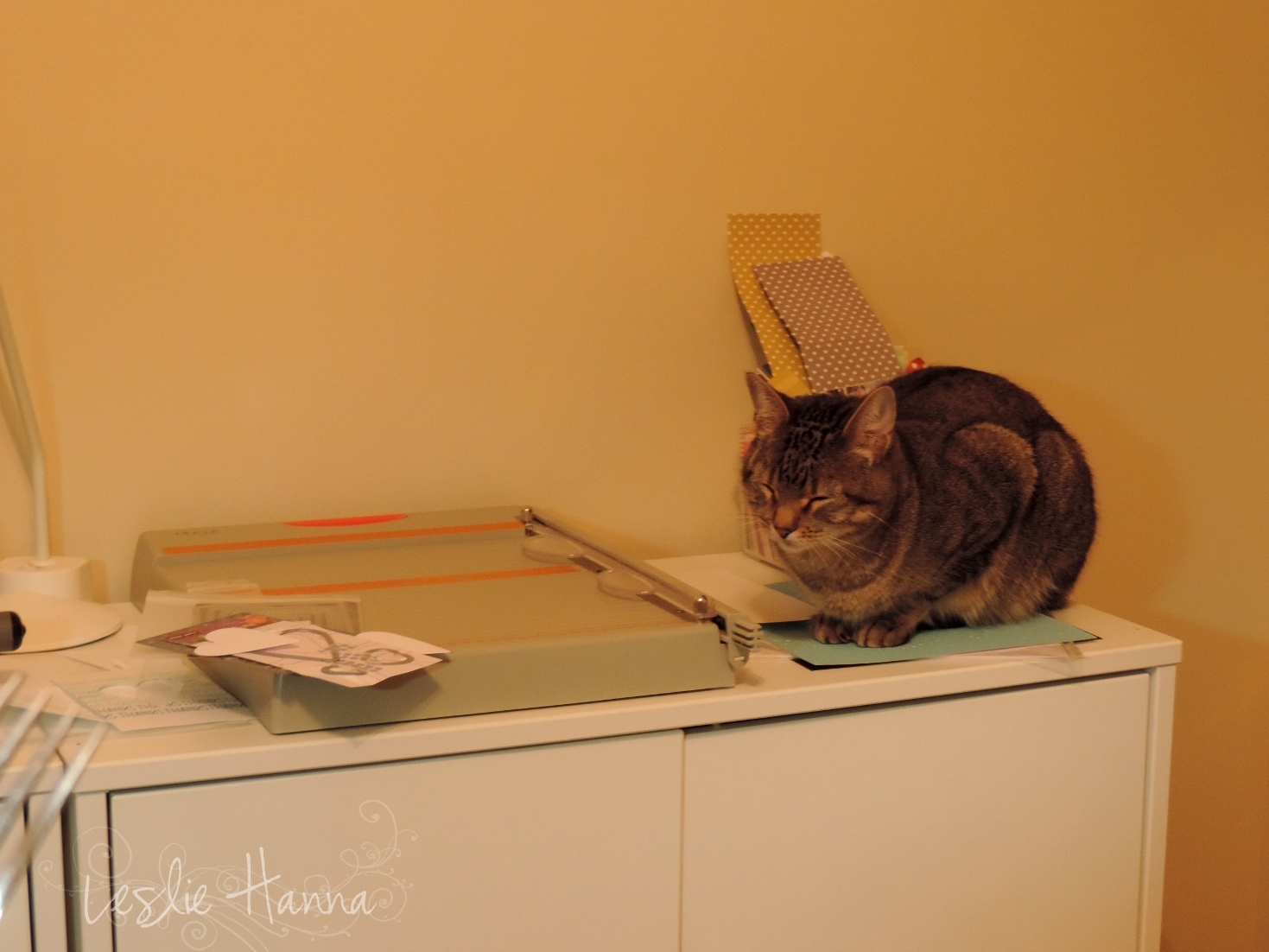 He is sitting on top of a piece of glitter paper. That cannot be comfortable. (Behind him is the remains of The Heaplet.)

So I gave in and put his blankie in his spot, and now he's all happy about it: 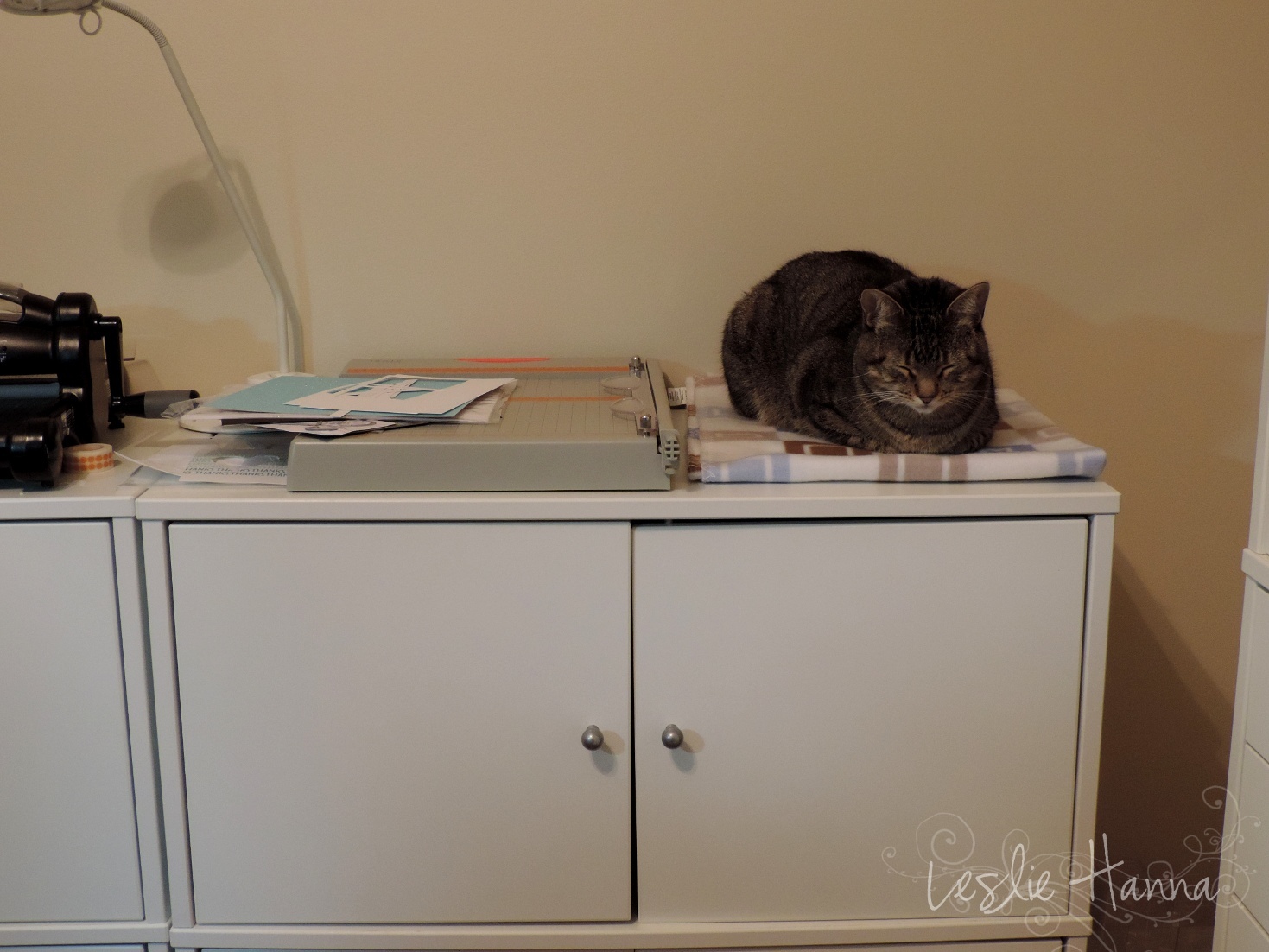 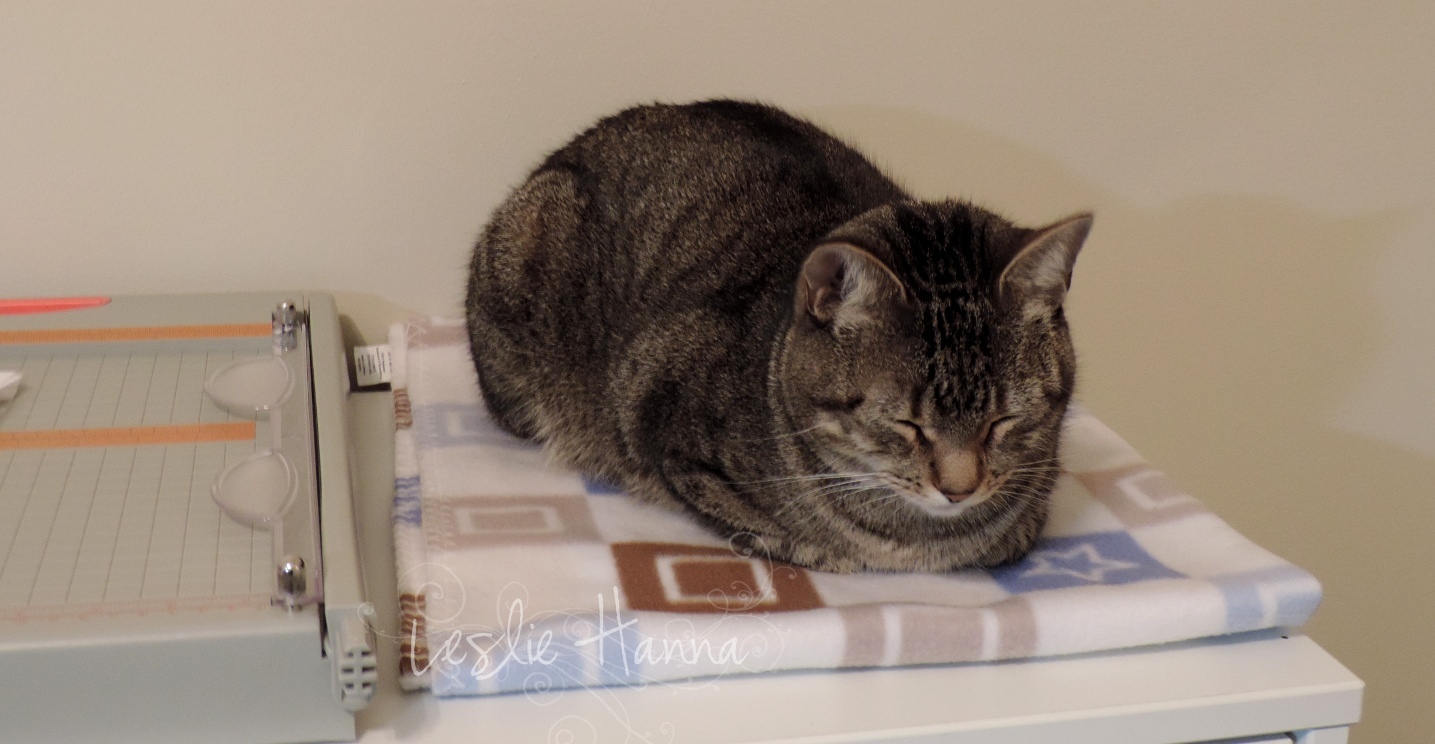 So now I need to change my plans for this space and slide everything down so I can actually cut a piece of card stock without poking him. The things we do for our furbabies.

I've made a few more cards, so I'll be back with some more posts. It feels great to be creating again!