I'm back! I KNOW!  When I saw this post by Michelle Lupton, I knew I needed to play the new Retro Sketch: 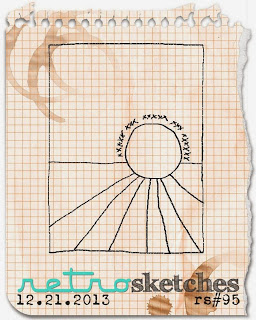 I had an idea, but when it didn't happen like I thought it should, I fell back to Plan B and made this instead: 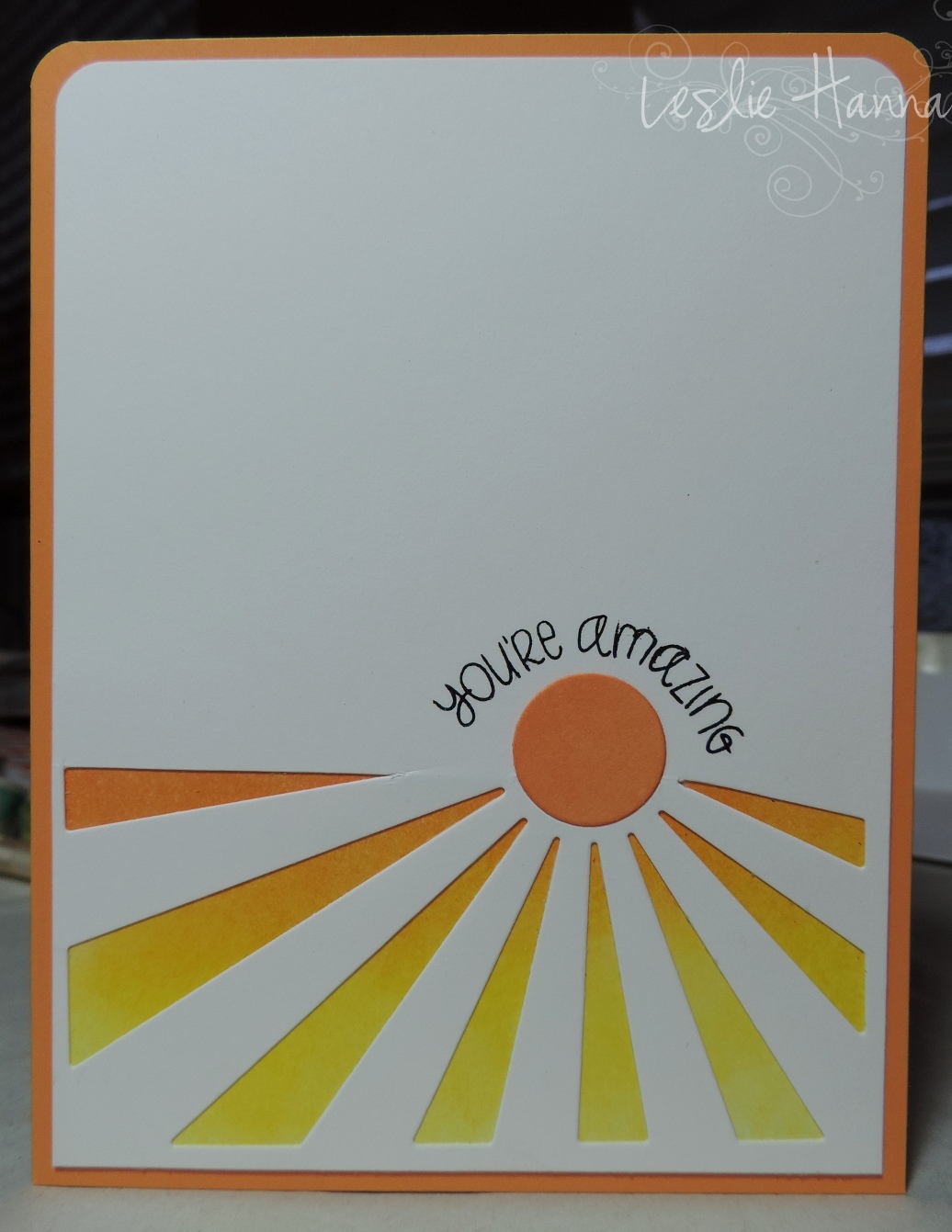 I used the Simon Says Stamp Sunshine die, but I only partially cut it to get just the bottom half. The circle is actually half-cut (just the bottom half) on the white layer, but it's cleverly covered by another full round cut. :)

I used three colors of Distress ink to shade a scrap of white card stock, then put that behind the white panel. The circle was cut from another scrap colored with the darkest ink used on the under-layer.

The sentiment was chosen for its shortness and that it would probably fit around the sun if I wrapped it into a curve. Not quite, but I declared it to be close enough, and in the spirit of the challenge. :)

And now I think I need a nap.  I'll be back tomorrow with my Christmas card. Yes, I made some this year!