The other day, Jennifer McGuire posted several cards with die-cut inlay, and I had to try it. As is my usual method, I use things I have if I don't have the exact products she used. Let's just say that the first 5 or so attempts are now just not-so-pretty trash. I was going to show you one of them, but ... I just couldn't bring myself to do it. In the end, I did one very, very close to the ones she made.

Along the way, though, I ended up with some extra die-cuts, and since I rarely put scraps away, when I tossed one to the side, it landed on a scrap of Bazzill Sea Glass card stock that I have out because it is my new love, and a card was born: 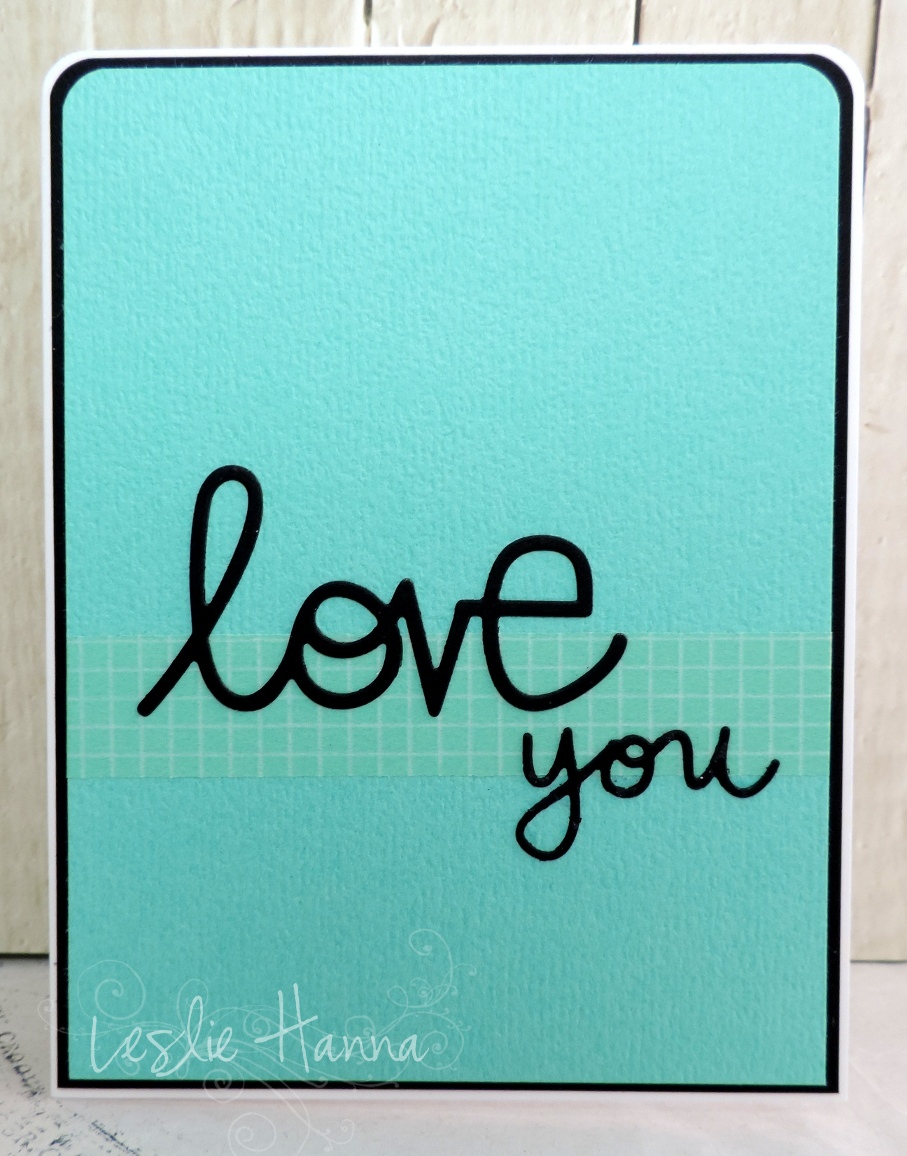 I thought the black on this card stock was perfect all by itself, but me being me, I had to add something, so I selected a washi tape that was pretty close in color so it would add a little, but not be too in-your-face. Yes, that was a run-on sentence.

Then I got distracted and wanted to see how dark grey would look instead of the black. It was boring, so instead of putting it down and getting back to the inlay thing, I made this: 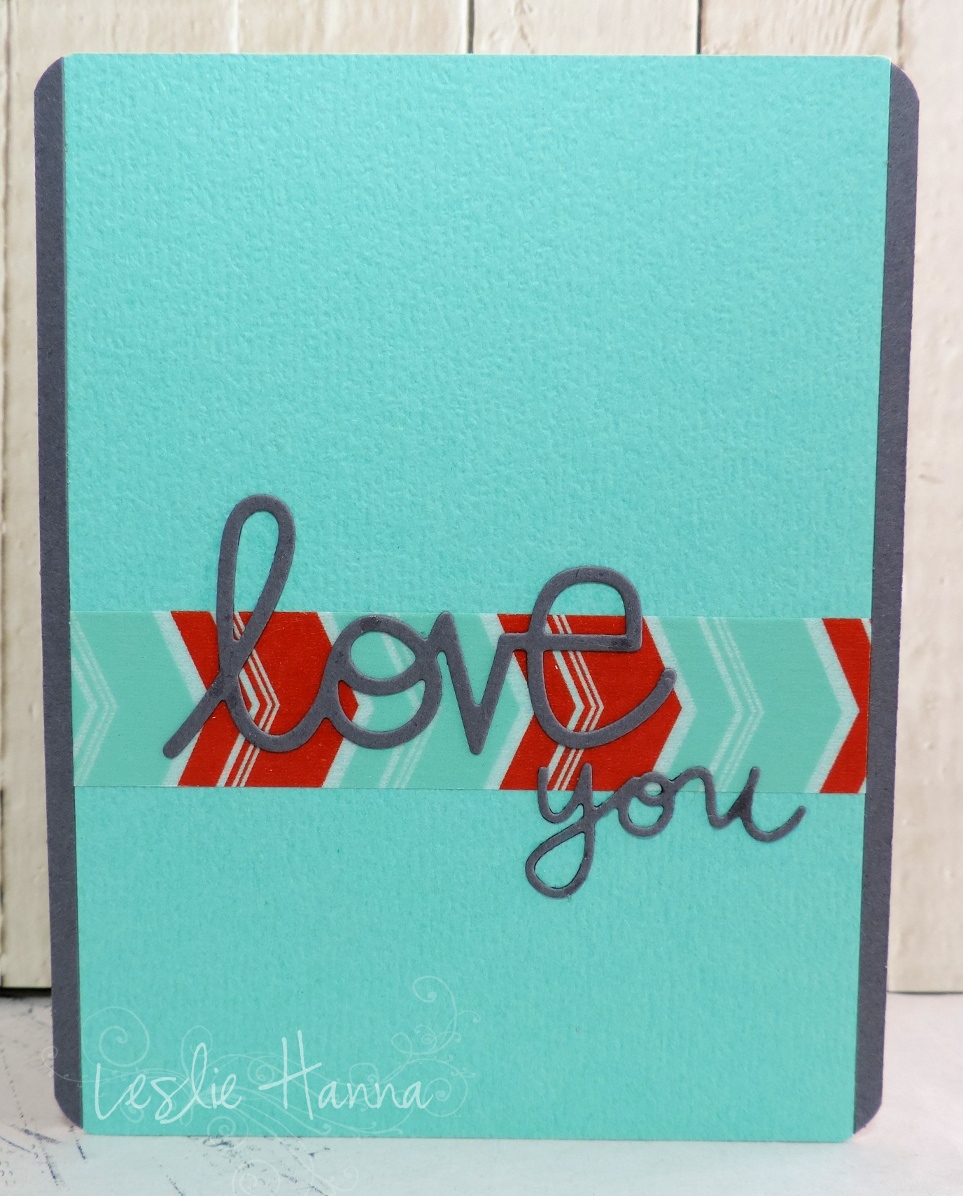 Meh. The washi tape is too wild to go with the softer grey. I think black would work better here. Or maybe a different piece of washi tape. Please learn from my experiments, thanks. I'm pretty sure I won't.

Then I got back to the inlay thing. I dug out a rainbow die from a mystery company (I forgot to label it*), opened my new collection of Hero Arts layering papers, and made this: 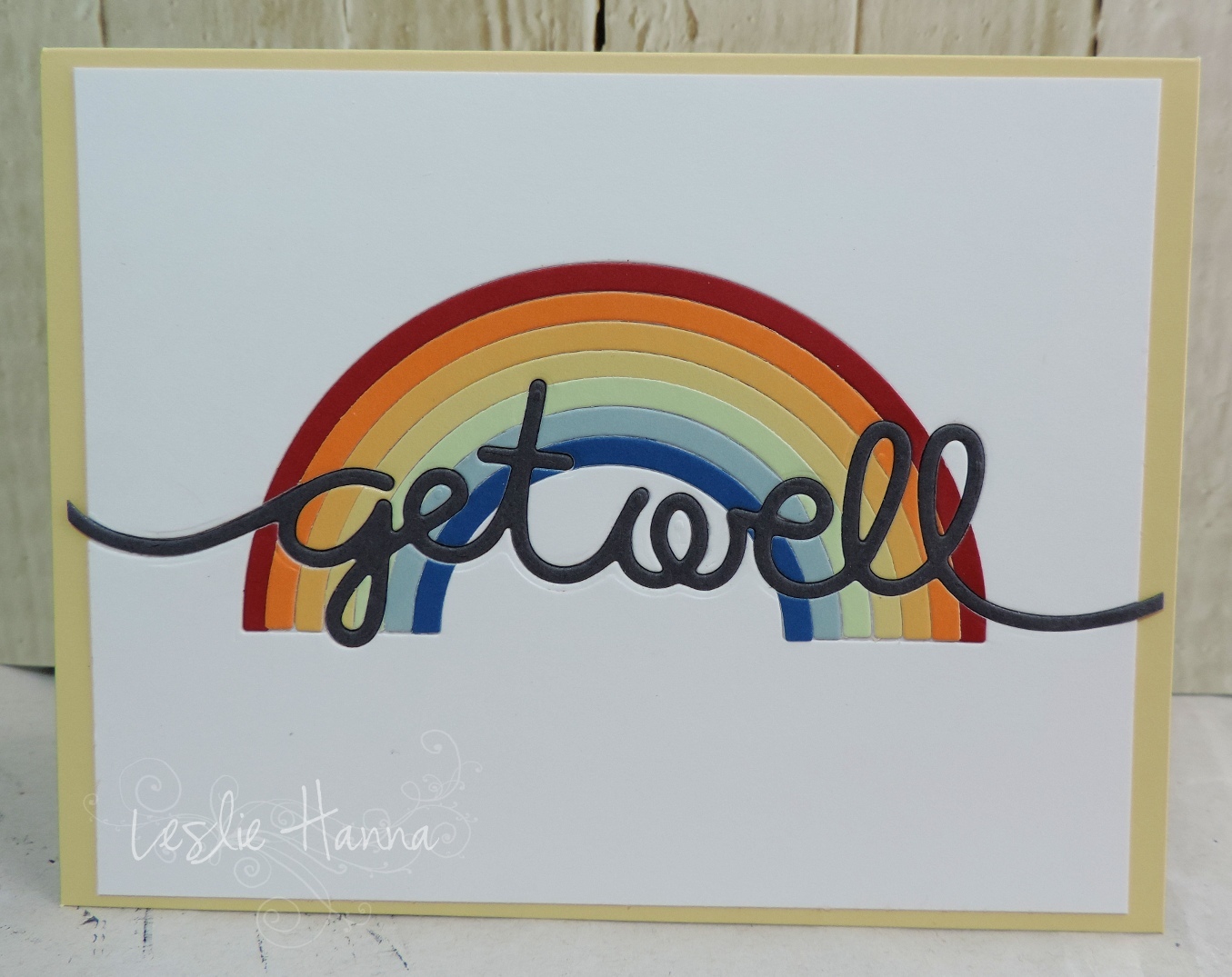 I put my rainbow sideways since I was using a very long sentiment over it. I used dark grey card stock here instead of black, thinking black isn't a good thing for a Get Well sentiment. I kinda liked that the ends of the sentiment ran off the white piece, too.

Then I did the second version like she did, using the sentiment die-cut from the first card: 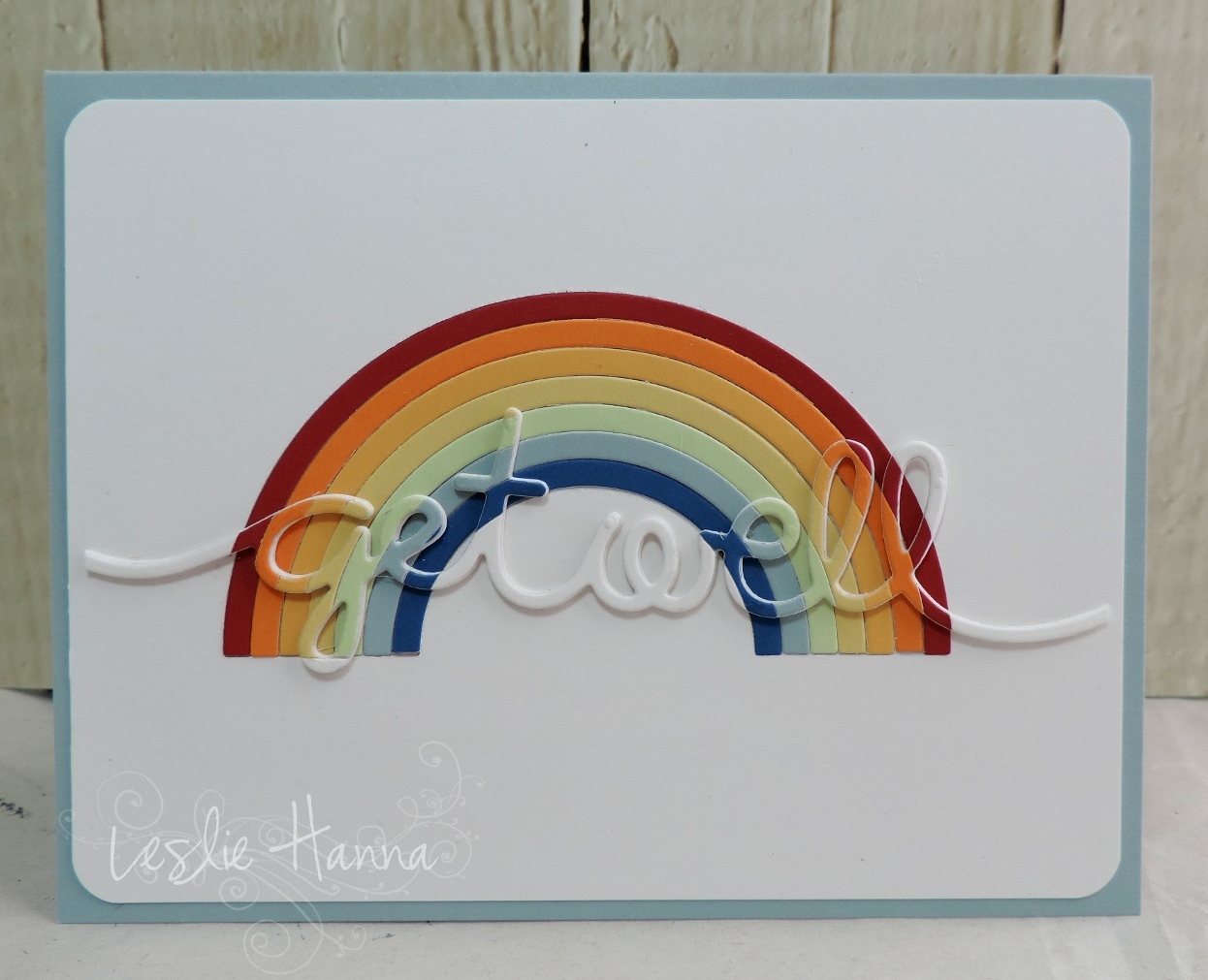 I made it hefty with three white layers stacked behind the colored one. It's pretty easy to line up over the rainbow, since the colors are exactly the same. I did not glitter mine like Jennifer did because I am l a z y.

So, I've demonstrated I can CASE someone else's idea, and I'm still determined to eventually do my own version of this. In the mean time, I'm off to play some more with embossing paste. And maybe some more inlay stuff. As soon as I have something blog-worthy, I'll be sure to share. :)

* Edited to add: I think the rainbow die is from MFT here