You see, I was breaking down a tissue box to put it into the recycle bin, when I noticed the pattern on the side: 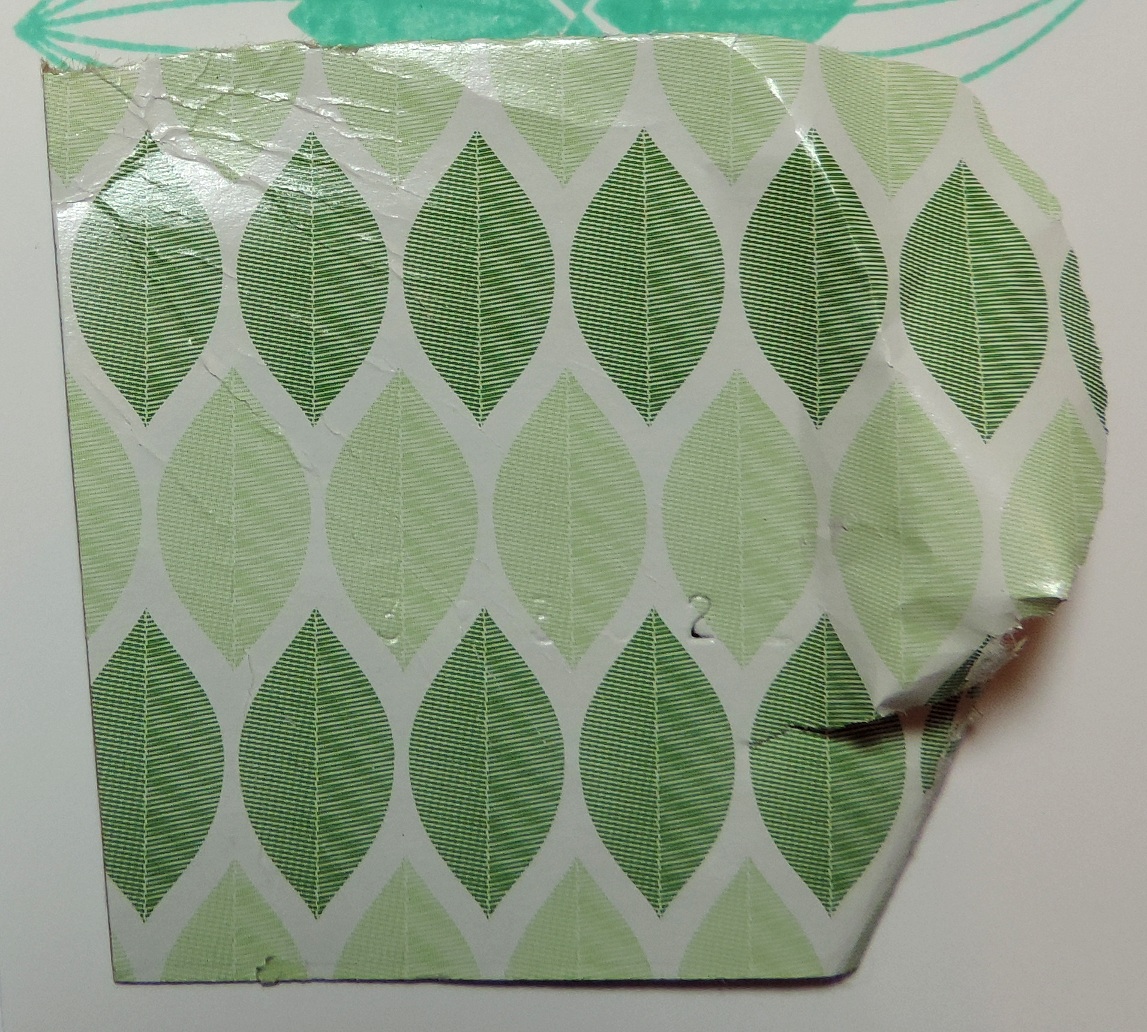 I saw leaves. I saw patterned leaves in two shades of green. I have leaves. I have green ink. I can do this.

And I sure tried. About 15 iterations later, I scrapped the idea, but then it morphed into something else, and after another 15 or so iterations, I ended up with this: 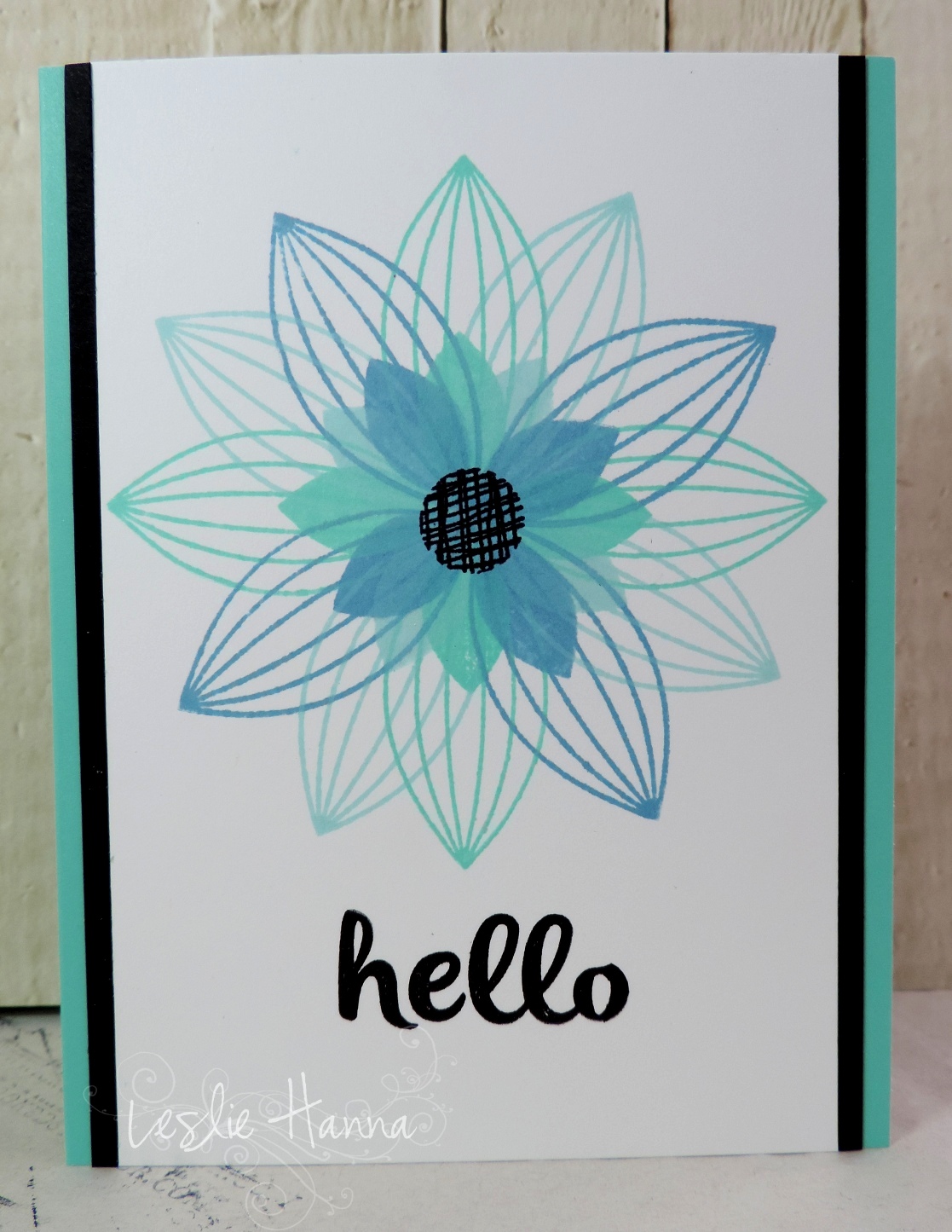 The idea for this probably came from one of the Online Card Classes (maybe Stretch Your Stamps?) where we stamped a flower from a single leaf stamp. I've had this Avery Elle stamp set forever, plus the matching dies, and I don't think I've used it more than once. I'll bet I've used it 485 times in the making of this card, though.

I started with this: 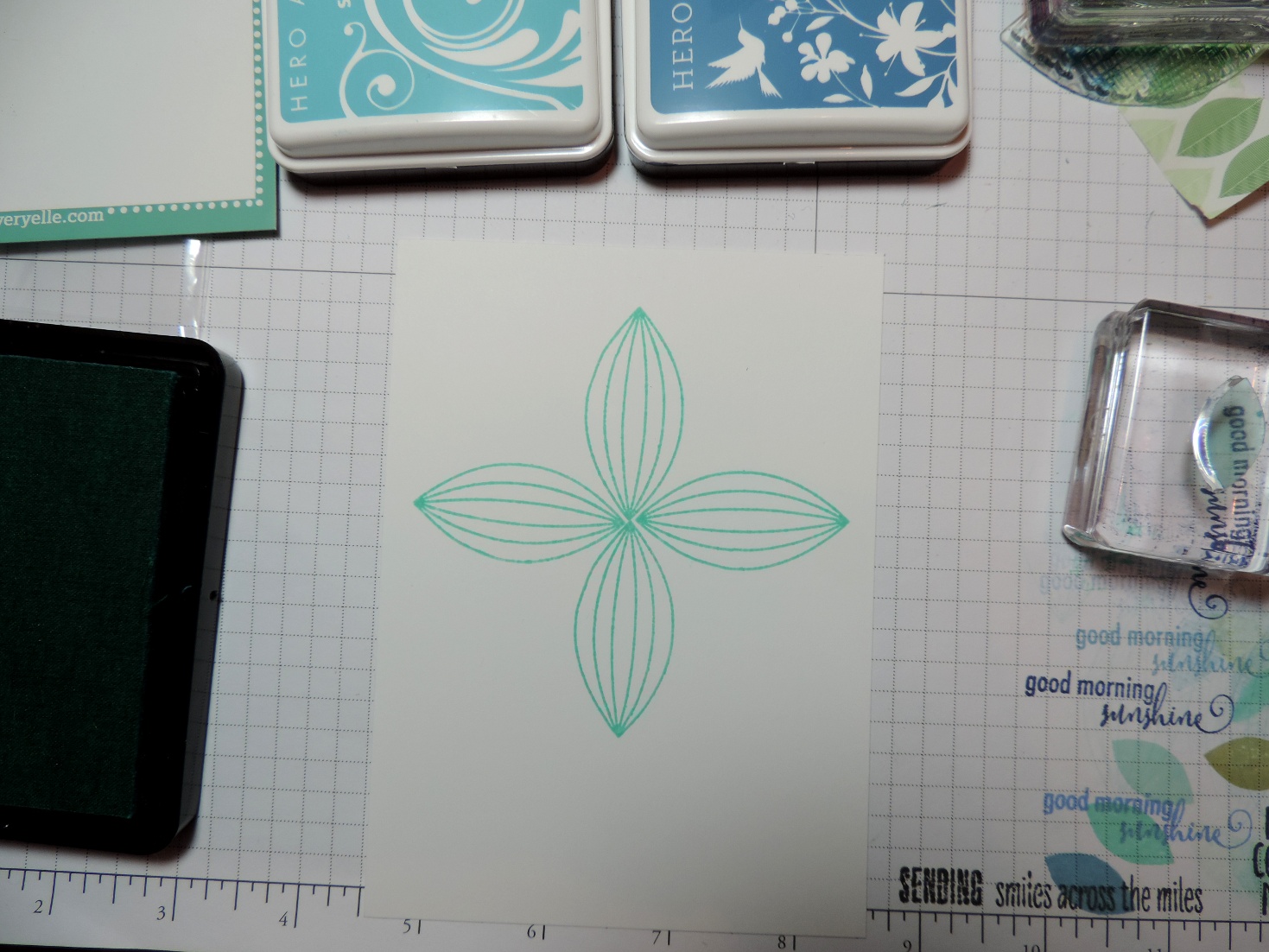 then I stamped the smaller, solid petal inside each of the larger ones with the same ink color: 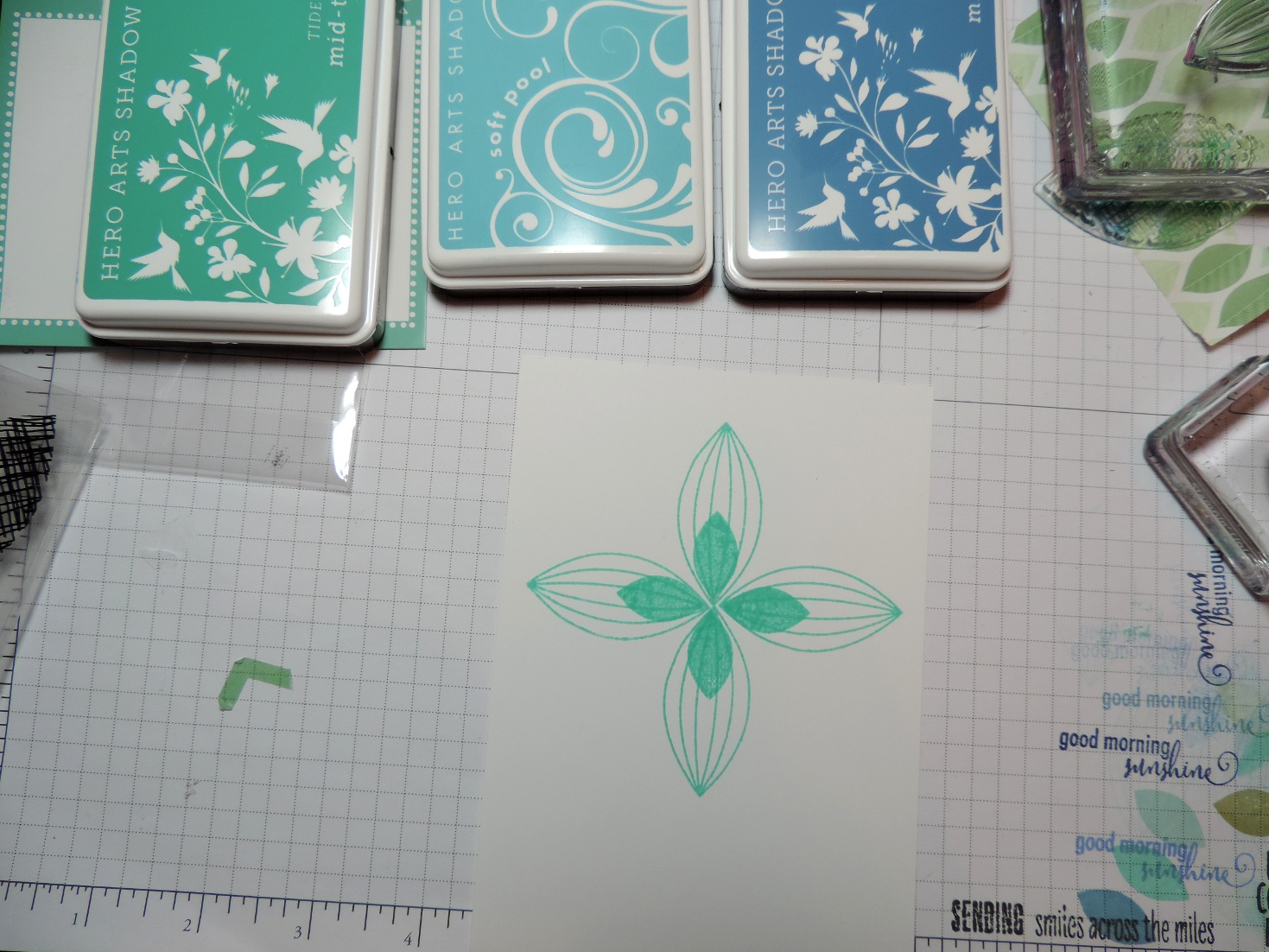 then I repeated it with the other two colors. Once I'd worked my way to this point, it was pretty easy to do. *wipes brow*

I thought it was boring, or maybe I was sick of the blue-green by then, so I added a black center and sentiment, and when I stuck the white piece to the Pool base, I added two strips of black card stock and called it done.

In other news, I've been capturing challenge images for two weeks now, and I've printed none of them. I think I'll start over and see if I can crank out some more cards this weekend. Maybe NOT in blue-green, though. I might need a break.

Stuff I used to make this card: