Here's another card I made using the Love Languages stamp set from the new Simon Says Stamp release: 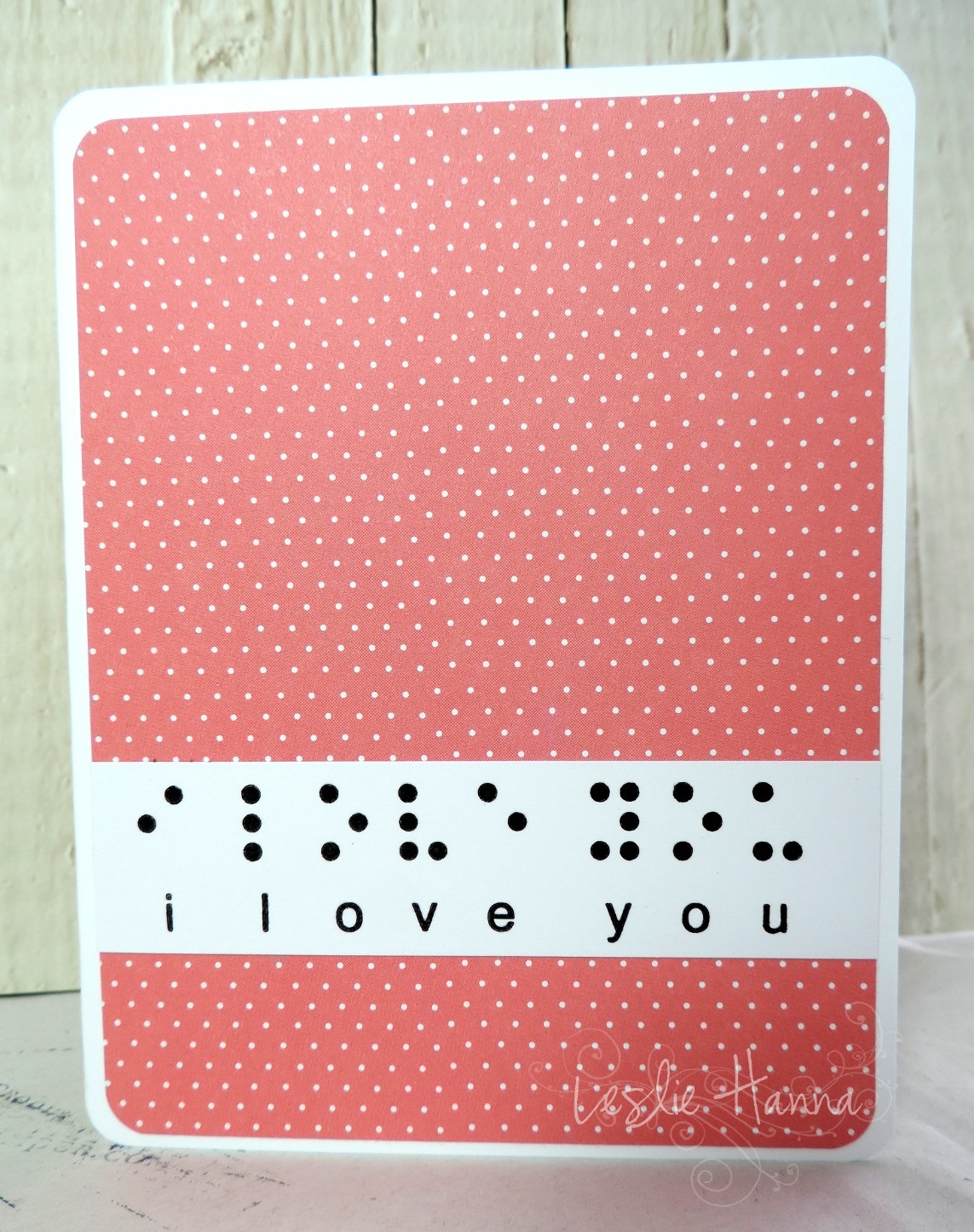 Funny story: I was at a friend's house when I first played with this set, and while looking for a piece of patterned paper, I discovered this one. It's a piece of (gah) pink from PTI, and it was in a pile of all the pink card stock I gave her since she loves all things pink. So yeah, I used it.

My idea with this stamp was it's Braille, and wouldn't it be cool to emboss it so it was raised? I don't know if it's raised enough for a blind person to read it, but wouldn't that be cool if it was? You could give a card to a blind person! (That was my going-in position, anyway.)

I'll be back later with another card from the release, and maybe even one I've made in addition to the release stuff. Could happen.