Anyone who owns a cat knows that nobody owns a cat. They tolerate our presence as long as we keep the food & water bowls topped off, and the litter box cleaned.

I needed a general, no-particular-reason card for a friend, and while digging through my irreverent sentiments, I found this cat-related one:

so I made this: 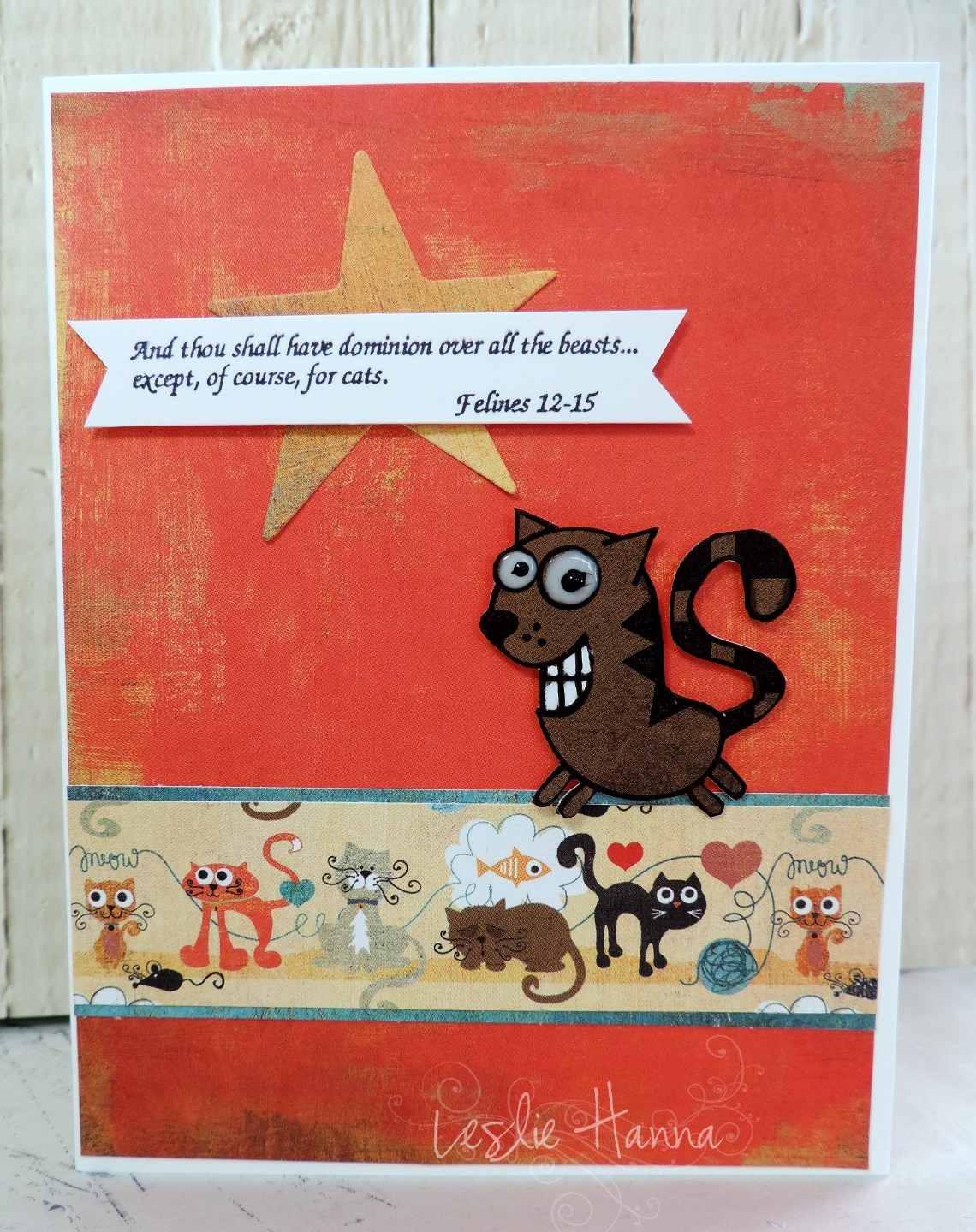 The cat is from the Paper Smooches Nine Lives set, and no, I didn't get the dies, so he was fussy-cut.  I actually screwed up the eyes the first time, so I had to start over and cut him out again. Stamping is HARD, people.

Since I stamped him on a piece of brown, I added white Enamel Accents to the eyeballs and waited for it to dry. Then I went back and added drops of black Enamel Accents. I still messed up a little here, but the first time the black spit all over the white, even though I tested it on a scrap first. Ugh. I tried to fix it - DO NOT EVER DO THAT - and ended up with what looked like a large white growth coming off his face. BIG mistake. (name that movie)

The teeth were also brown, so I went over them with my white Wink of Stella brush, many times, until I got them white enough. Then I went back over the teeth with a black fine-point Sharpie to re-define the teeth lines.

The papers are all from the Basic Grey Max & Whiskers 6x6 pad.

And (shocker), this card has been mailed! MAILED! *feels forehead*

I have a crafty day planned tomorrow with some friends, so I hope to get a lot done. Well, it could happen. I still haven't planned what I'll do, so I haven't packed anything yet except a box of chocolates to share. I'll also take some sketches and maybe some partial 6x6 pads to disappear them. That sounds like a plan. Maybe. We'll see.