Happy Day-Before-Friday! HA! I love Thursdays, because they precede FRIDAYs!!! Tonight I started out playing with this coloring tutorial on A Blog Named Hero. I tried; I failed. My coloring skills are so dismal, I decided I'd be better off being less messy and maybe just coloring with Copics. So I tried that, and failed that, too. It might have been a poor choice of images. Yeah, let's blame that.

Then I had my back-up image from that experiment - the large flower from Fifth Avenue Floral. I started cutting it out and OMG, so. many. pieces. I finally gave up and opted to just color that image with Copics, hoping for better luck. Here's what came out: 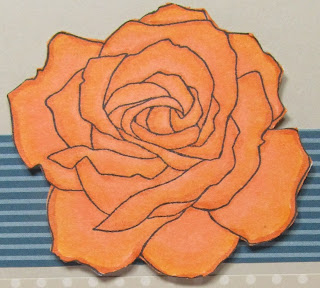 It's not what I expected, but I decided I liked it. I also learned that if you soak a piece of card stock with enough ink, it eventually blends. *ahem*

As is my nature, I looked at the rose and went in search of a sketch that had "something round" on it. I selected this sketch from Operation Write Home: 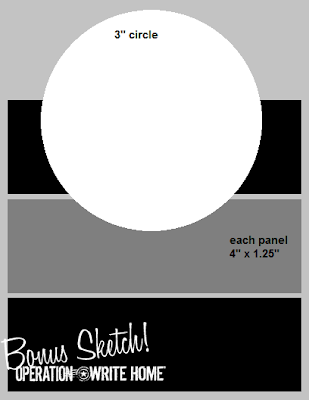 Then I remembered the current color challenge at The Play Date Cafe included "something kinda orange:" 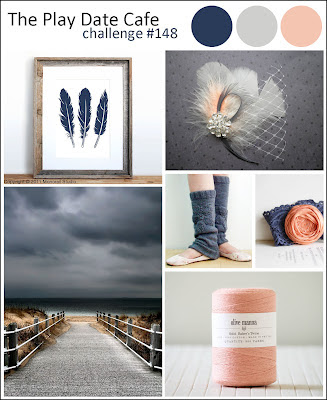 Okay, it's really more peach-y or blush-y, but work with me here.  I declared my orange rose to be in the spirit of the challenge, though I'll probably play again with closer colors. 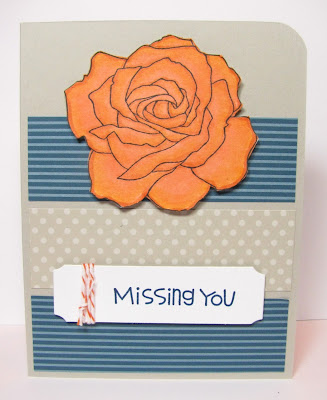 I kinda like this sketch, so I may use it again to use up some pretty papers in The Heaplet. It's a very simple card to make (well, except for that coloring and blending thing...), so I'll use something else for the circle element, but I can see me disappearing all sorts of paper for those stripes. :)