I cheated. I did. When I saw this challenge at The Friday Mash-Up: 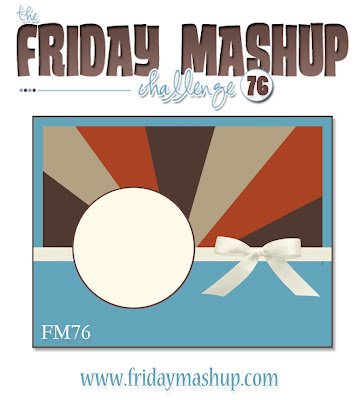 I had planned to disappear some more paper by making the star burst myself, and thus fulfilling both halves of the challenge, but while pulling myself out of my funk over my glitter paper FAIL, I started rummaging through my 6x6 pads and re-discovered my Memory Box Butterfield 6x6 pack. Once again, I was shocked and amazed at the pretty papers inside. Especially three pages with ... wait for it ... a star burst scene. A WHOLE SCENE! All I needed to do was trim the paper and stick it on a card base.

I made three of these: 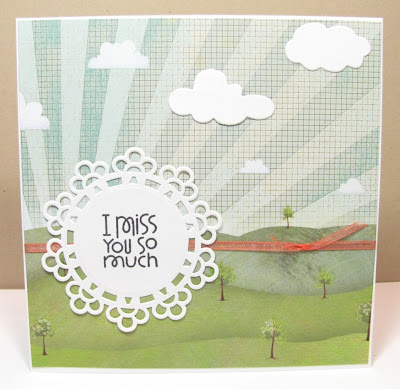 When I trimmed the paper, I ended up with a thin strip of partial cloud at the top, so I die-cut some clouds to try and cover it up, then I die-cut some more clouds so the one didn't look stoopid, then I just trimmed off the top edge to lose the pesky partial cloud. But I had the die-cuts, so I used them. I kinda like them, too. :)

Okay, since I cheated on these, I'll make another one with the star burst technique they link to. I can be good.

Oh, and this qualifies as yet another OWH semi-FAIL. Yep. I liked these paper so much, I opted to leave them square to use as much of them as possible. Guess what? OWH prefers A2 cards (easier to ship, fits in the boxes better, etc.), but they will still take these. Sigh.

In other news, I plan to get a great night's sleep tonight. It is finally Fall here weather-wise, and I'll have that window open to let in as much of it as I can. :)