One of my long-time pals has a birthday next week, and I broke with my tradition of not sending cards and I made her one: 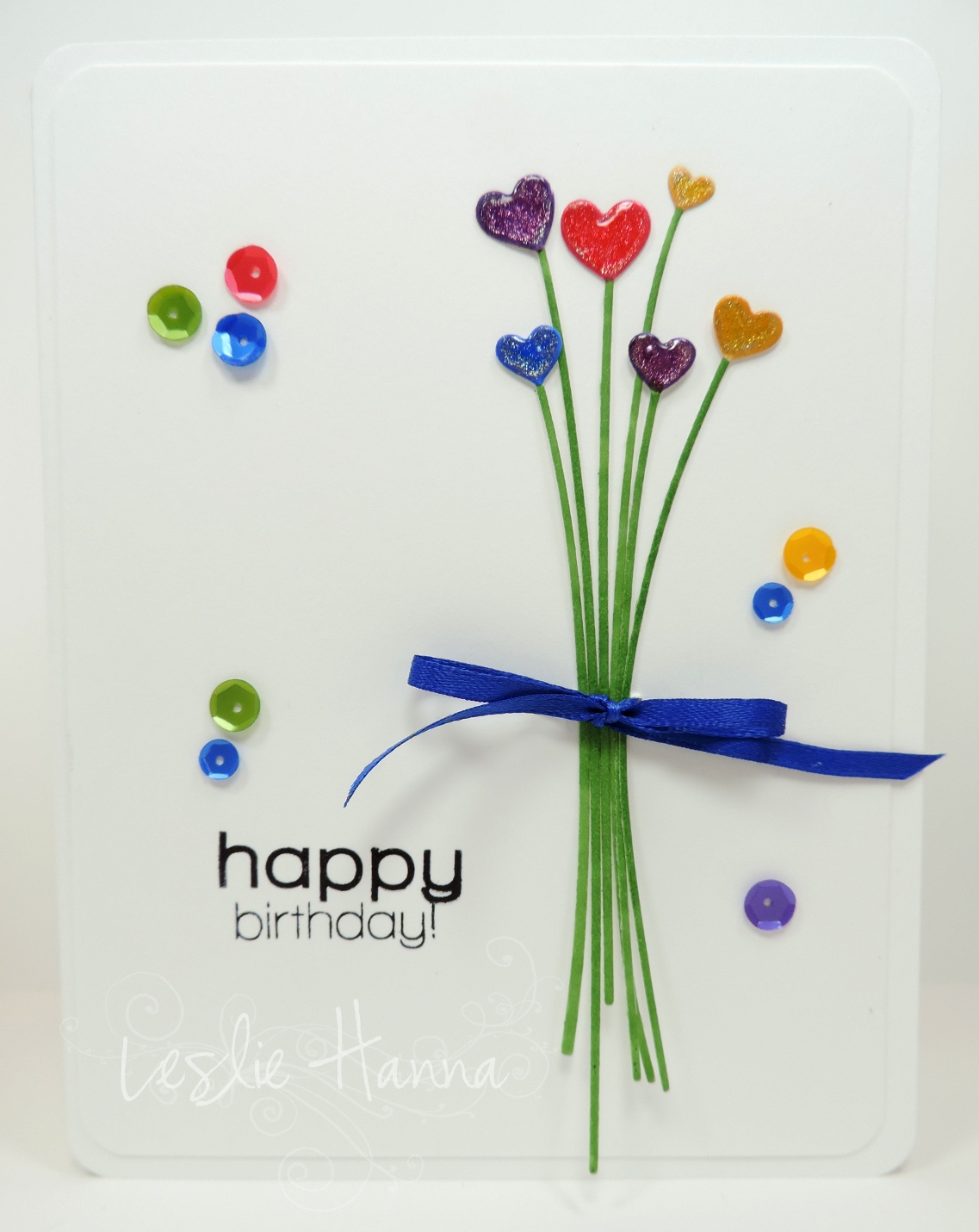 Yes, more white. I ... don't know what's come over me.   This card was born of some retail therapy that resulted from the Memorial Weekend OWH Blog Hop. Yep, a blog hop cost me money. The participating stores offered shopping discounts, some with additional monies going to OWH, so what was I to do? It was for a good cause!

Anyway, the guilt was heavy and I needed to use some of the goodness that arrived, so this card happened.  I was driven by the colors in some of the yummy sequins I got from Neat & Tangled (bought after the hop, but still ...). I knew I wanted to use the Heart Stems die from Impression Obsession, and I chose Copic colors to match the sequins.

First I colored the hearts and stems, then I assembled the card. If you look at the die, the flower stems don't touch, but I wanted a bouquet, so after I colored the hearts and stems, I laid them down, then put glue dots under the hearts to hold them in place. I wanted to tie a ribbon* around the stems, so I poked a hole on either side of the stems using my paper piercer. I added a line of Glossy Accents between the two holes and carefully lined up the stems so they were neatly side-by-each. THEN I tied the bow.

I wanted to be smart and stamp the two sentiment words at the same time, but there was too much stamp between the words, so I had to do them one at a time. Did you hear me SQUEE when I got the second word mostly straight?

I have several more cards to make this weekend, so hopefully I'll be back to share those later. Have a good weekend, and thanks for stopping by!

*That ribbon has to be about 400 years old. It's back from the days when I bought the sale spools from Mike's in every color. I used about 6" of it here. Go, me.