I needed a Thank You card today and found this one sitting lonely on my table. 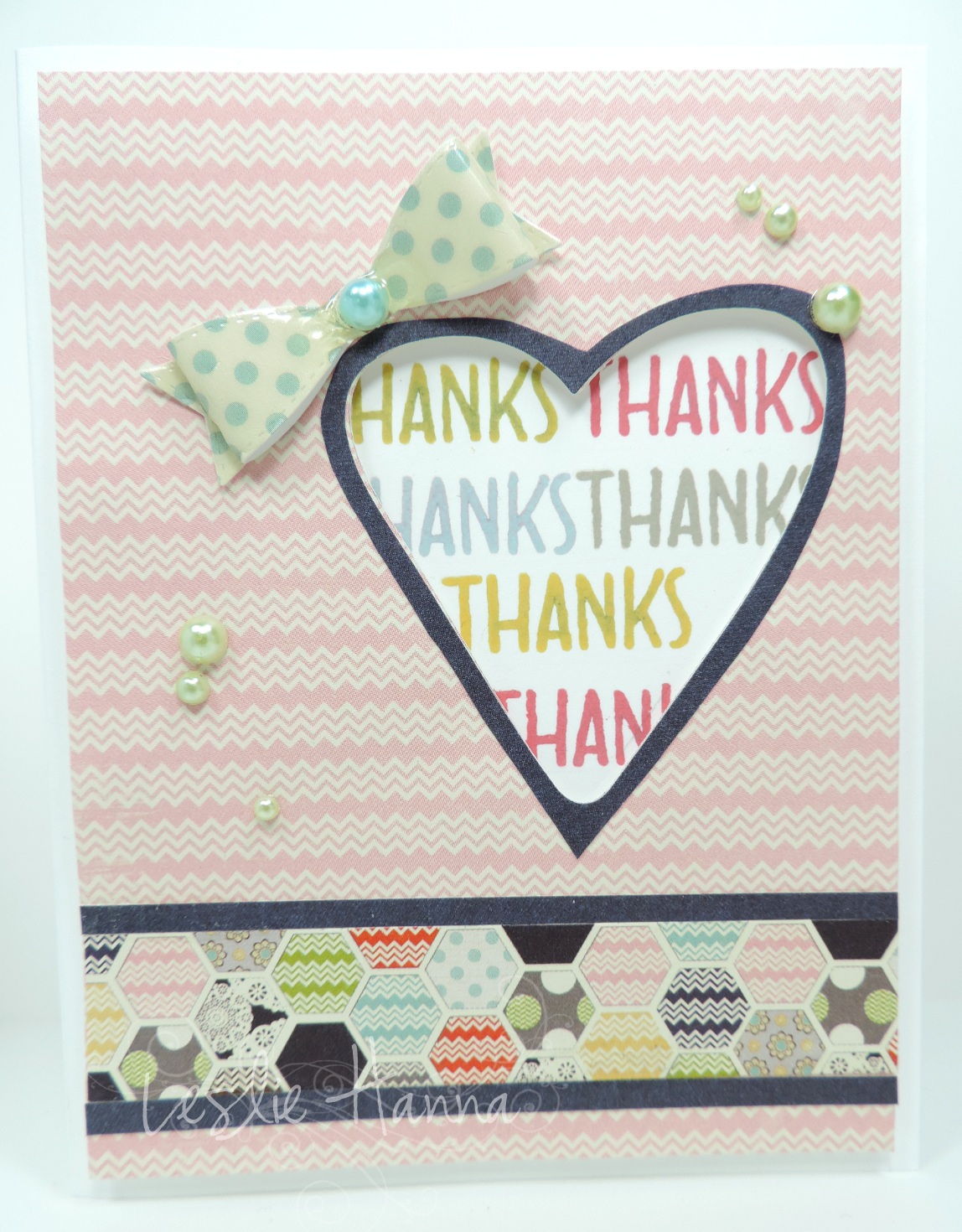 I don't think I've blogged it yet, because in my head it was a FAIL. Now that I look at it weeks later, it's not all that bad. Well, maybe it is.

I was trying to do that thing where you die-cut a shape in a panel, and on the card base underneath you stamp a sentiment over and over in different colors so it shows through. The neat thing about this approach is you can stamp beyond the window because it won't show.

I had several challenges here. First, you can see I didn't clean my stamp well enough between colors and the yellow is sorta green in one spot and brown in another. Blech. Obviously I didn't stamp my yellow first.

For my second challenge, I chose to use the Verve Jotted Heart die for my cut-out. Unfortunately it has two little tabs on top for alignment, and it's not meant to be used for what I tried to do. Since I'd cut it out of the exact paper I'd planned to use, I wasn't willing to toss it, so I had to cover up the extra holes. Enter: the pearls and that bow.

Also, I wanted a border around the opening and I had to hand-cut it. It's not my best work.

Speaking of the bow. I was trying to channel Kathy Racoosin and her fabby Glossy bows like the ones on these cards, but all my Glossy Accents pooled into the center in one huge glob. I attempted to cover that up with a pearl that sorta drowned.

On a positive note, I like the pink (gah!) background and the coordinating hexagon paper strip, so there's that.

In other news, I've been forced into domesticity again today since the maid still hasn't shown up. Sigh.  I hope to actually stamp later and have something to show you.