I am obviously a glutton for punishment, because I went back in for more of those loopy rings that I whined about on my last card. I had actually started playing with something else when I got an idea and went for that die again. 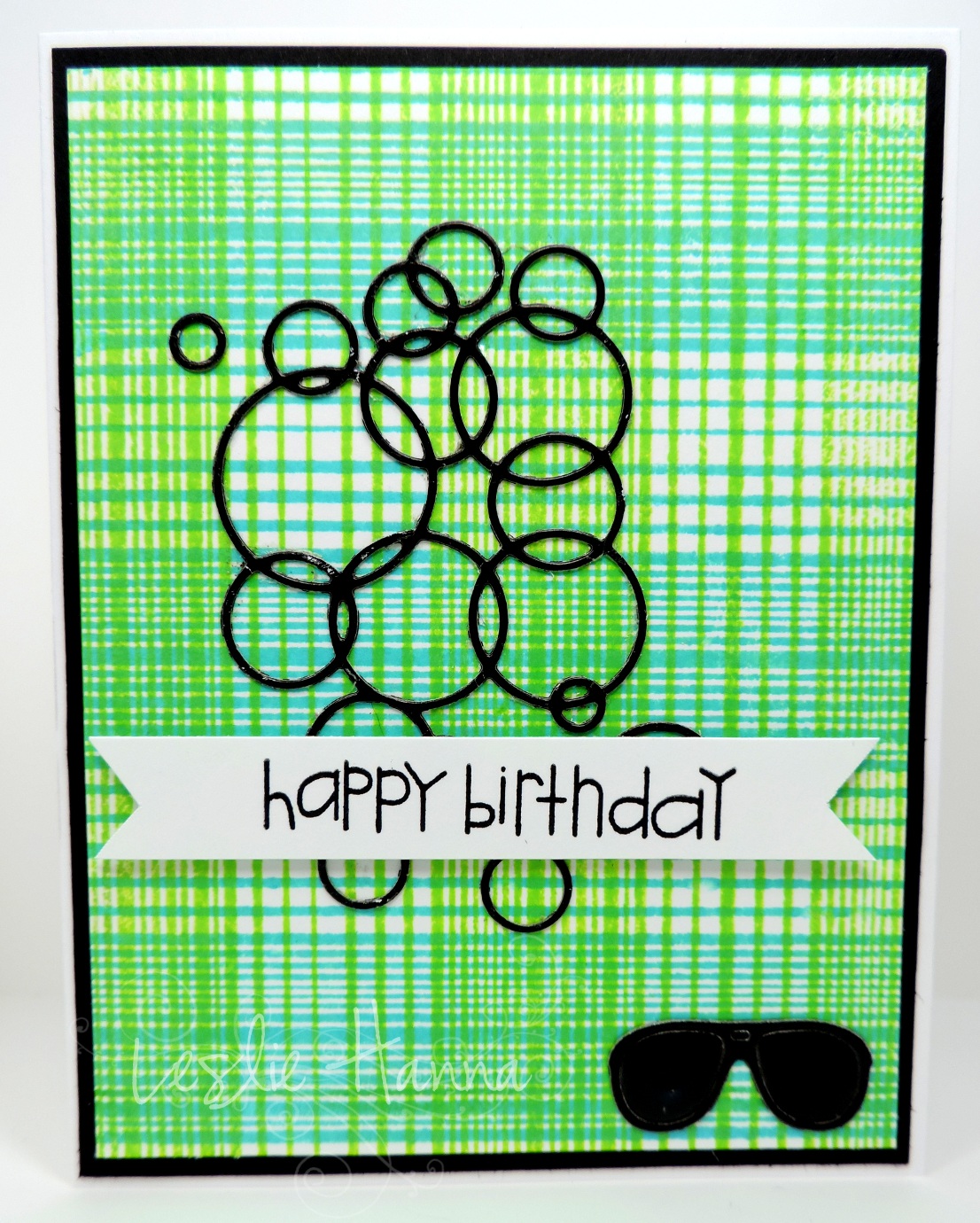 It all started with an idea I had to make a plaid using my still-out Impression Obsession Random Lines stamp. I stamped a few 1/4 sheets of white with neon blue and green and I loved it! I was playing with a different die when I thought how cool it would be to have black circles on top of these bright colors, so I started futzing.

I die-cut the Loopy Rings out of a piece of black packaging I kept, maybe because it was shiny. I thought that would be cool for the black rings since it was already shiny and I didn't need to deal with making it so. I ran that through my Xyron 2.5, and the roll I have in there (probably about 5 years old) has only one protected side, so I couldn't burnish the thing to remove the excess adhesive. Sigh. I tried to rub off most of it, then I stuck it to the plaid and used my adhesive remover to get most of the rest of it off. I also managed to remove some of the shiny black, but that's what black Sharpies are for.

I used a Martha Stewart glue pen on the individual circles, layered the whole panel onto black card stock, and put it on a white card. The sentiment banner is strategically placed to cover the messiest of the stubborn adhesive.

At the last moment I decided it needed a little something-something, so I broke open my Impression Obsession sunglasses dies (I told you that OWH Blog Hop was expensive!), cut one from the same black packaging, and covered it with Glossy Accents.

I think this passes as masculine more than that last one, so I'm going to enter it into the Catered Crop For The Boys challenge.

By the way, I tried to cover the back of the packaging with Sookwang tape and die-cut the Loopy Rings so it would come out pre-adhesived, but that didn't work. I'll keep thinking of other options, because I think this die is fun!

Products used but not linked below: SU Basic Black card stock, Xyron 2.5, black sharpie, MS glue pen, packaging from ... something. And no, I don't know why the EH links below don't have images in them; the links still work, though.