I spent all day in The Captain's Quarters playing with ink and all I have to show for it is a lot of pretty trash. I suppose one could say I've learned a lot, and I have, but still I have not much to share here.

I think you'll understand my whining when I tell you this card is the only thing that came out of hours of playing: 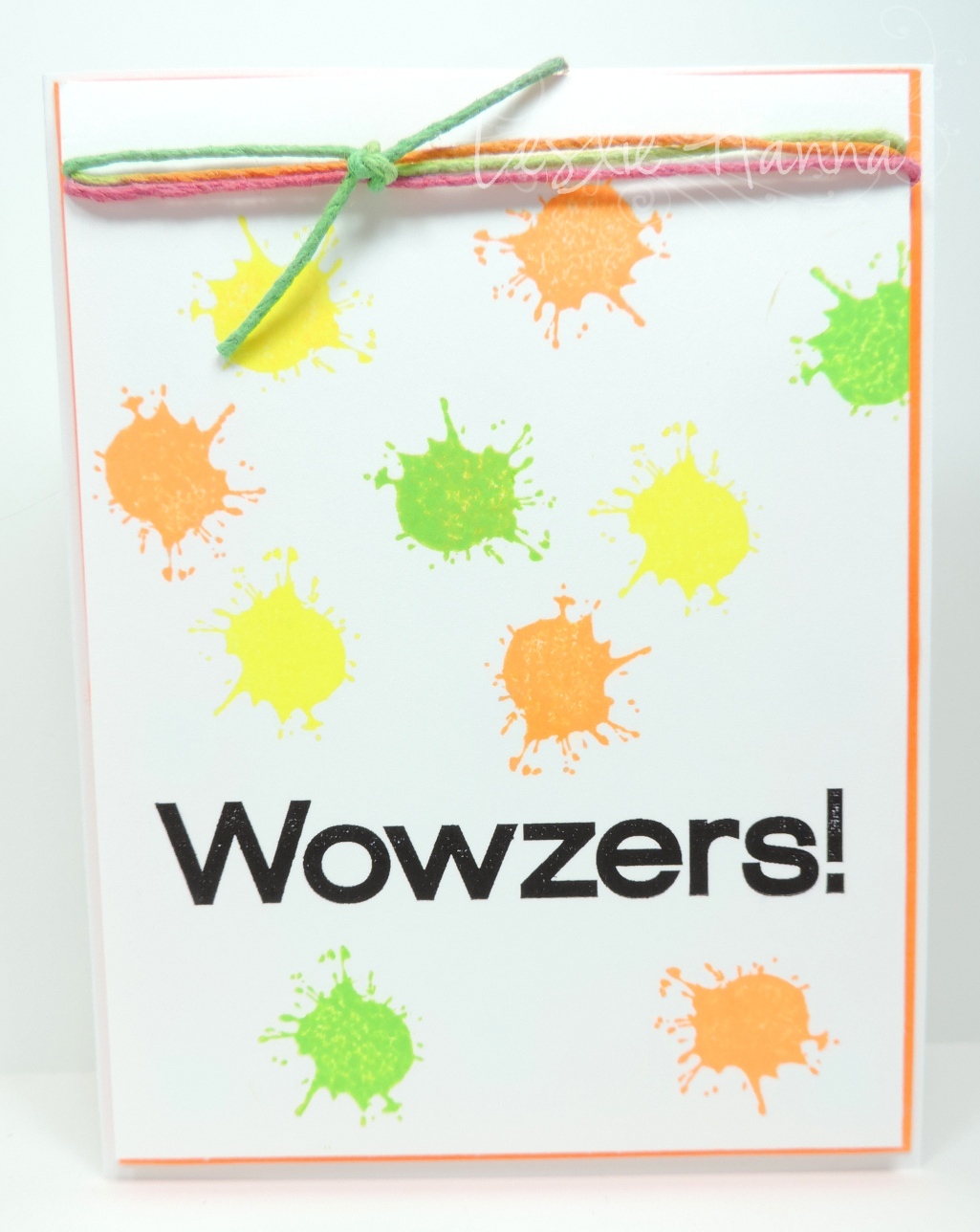 Yep, and it's splotches. You would be amazed at how many times I stamped this card front and couldn't get the splotches placed correctly. I was hoping they'd look like little explosions, like fireworks. Maybe. And now I see one of the yellow splotches should be more to the right. DO YOU SEE? Stamping is HARD, people, HARD... er, DIFFICULT!

I broke open my new Hero Arts My Notebook set for the splotch and my new CAS-ual Fridays Exclamations set for the Wowzers! There are a lot of cool ... um ... exclamations in that set, and I can see I'll get some mileage out of them.

I also broke open some Hemptique neon twine, but it looks kinda dull here. It's also pretty thick, so I put notches on either side of the white layer to keep them contained, then I popped up the white layer with dimensional adhesive over another layer I inked with the orange neon (just the edge).

I think I'll go put away the neon and try something else for a while. I hope to be more successful this round.