There's another new challenge on the block: Sisterhood of Snarky Stampers, so you just know I had to play, right? Their current challenge is U is for Unused: 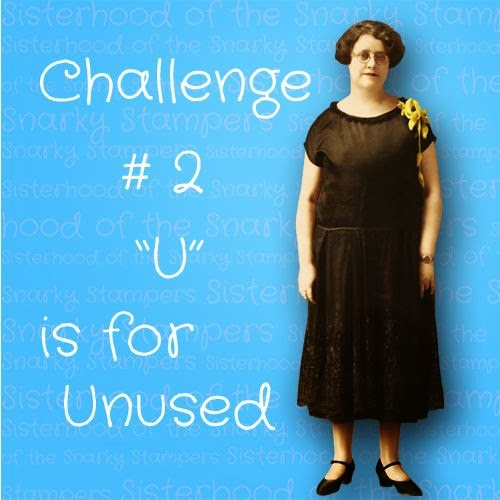 and we're supposed to use something we've either never used before, or something so old we forgot we had it.

Well, last weekend, while unpacking a box, I discovered two packages of felt blackbird stickers. Since they were in that box, they were just moved from my old place to here, and therefore, by default, several years old, and probably the result of me glancing at the dollar bin at Mike's. (longest, worst-constructed sentence ever) Instead of giving them away or tossing them, I used them to make two cards for this challenge. The two cards are the same except for the sentiments. Here's the first one: 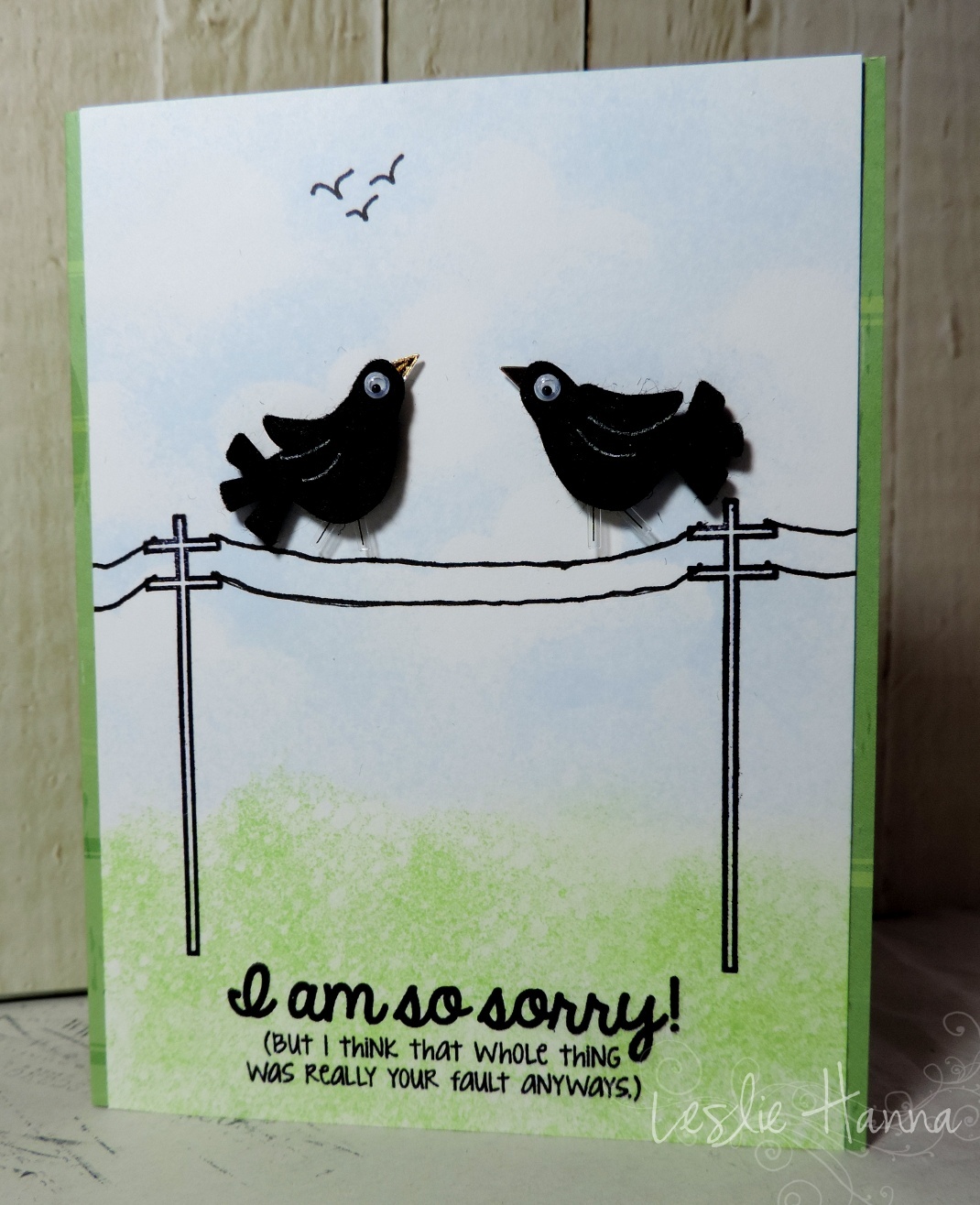 I sponged the sky using a cloud die-cut, then sponged some green for the ground. The phone poles are from a Paper Smooches set, and I hand-drew the lines (as if you can't tell). And yes, the birds are grossly out of proportion, but to quote Lydia of UnderstandBlue: this is ART, people!

Here is the sentiment up close and personal: 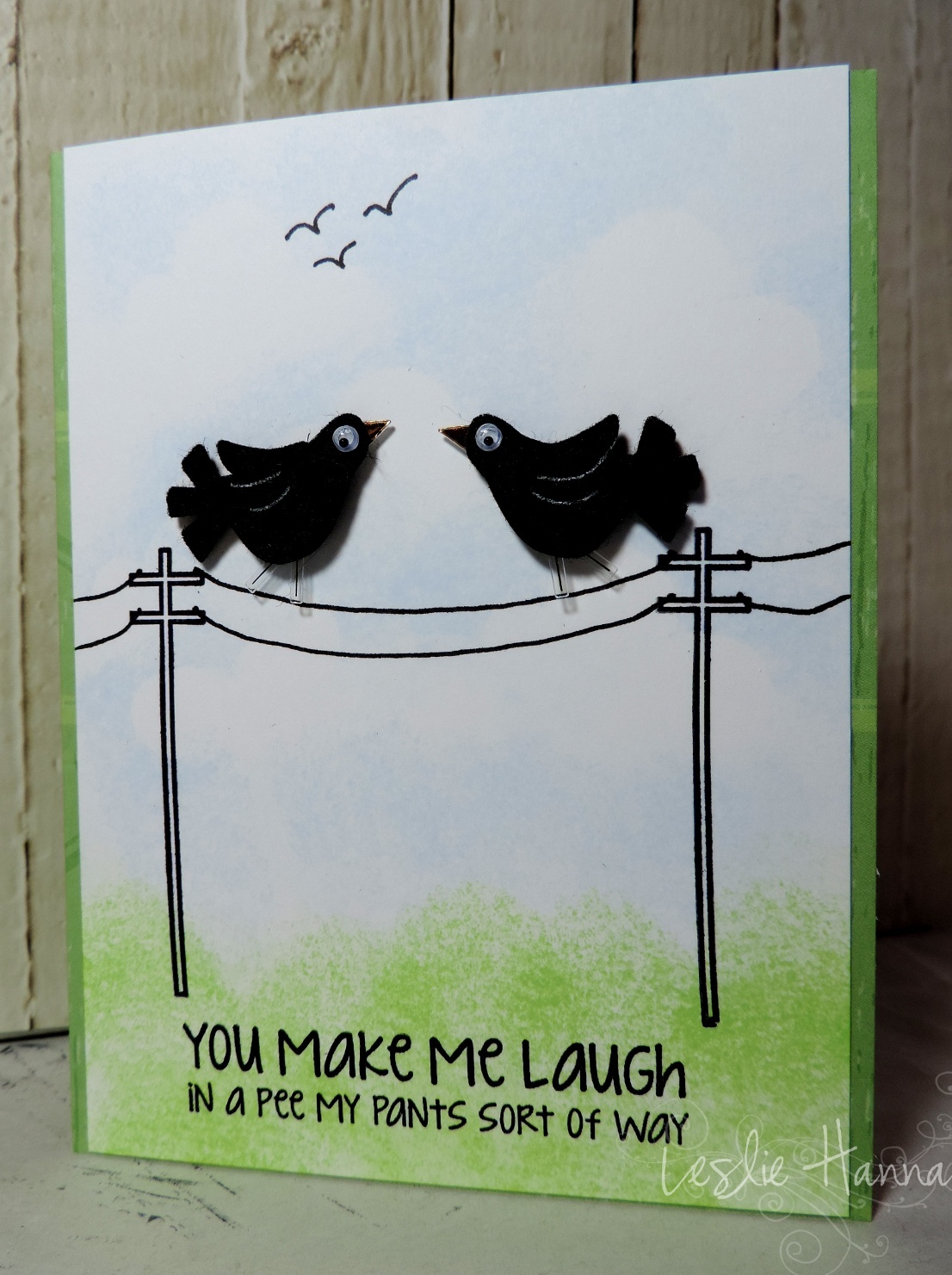 The sentiments are from a new set by Lil' Inker Designs, and I just HAD to have it. :) I love the fonts. You'll probably see this set again very soon.

Products used: A Muse Studio cloud dies, and the following: