Here's the last card I made with some Simon Says Stamp new release goodies: 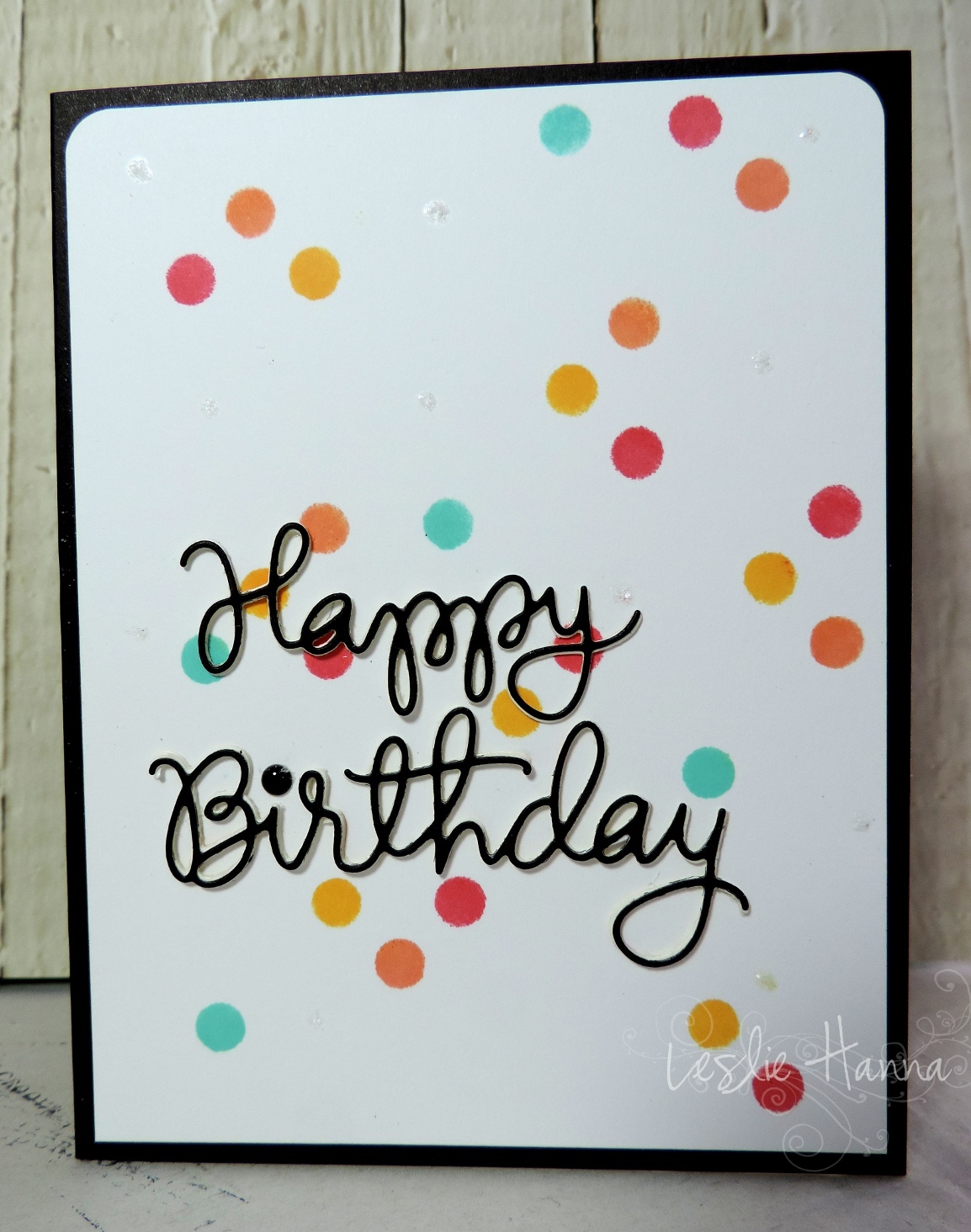 No, that's not dirt on the white background; it's Distress Rock Candy Stickles. This, people, is why I don't use Stickles. 'Nuf said.

I die-cut the Happy Birthday die many times out of white and once out of black. I stuck them all together to get a layered sentiment, and yes, it was fussy work to do that. Once you get two or three of the layers done, though, it has enough heft to it that it behaves for the last few layers.

The other new product here is the Medium Dots stencil. I laid it over the white layer before I stuck on the die-cut words, and used sponge daubers to selectively ink the openings. I kinda like how that turned out! :)

Here is a detail shot of the die-cut sentiment so you can see all the layers: 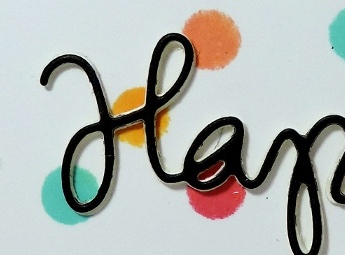 Oh, I lost the die-cut dot for the 'i', so I used an enamel dot instead. And I totally meant to do that!

That's it for my sneak peek cards. My fellow peeps have enabled me to need a bunch of the rest of the release, so as soon as that arrives, you'll see more of it. :)