In Cyberspace, No One Can Hear You Scream

I was this close to hitting publish on this post, and I accidentally erased my whole post. Then it auto-saved. AAAAUUUUUUUUUUUUUUUUUGH! So I re-titled it.

The other day I made a card, and was sitting down to post it when I went "meh", and went back into the craft room. 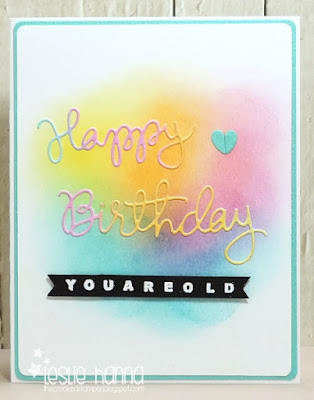 I thought the colors of the die-cut would be enough contrast with the inked background, but I thought wrong. I cut some black words and glued them over the originals - those words were really, really stuck, Then I attempted to cut another set of colored words out of the original UFO I'd used:


but I'd not planned well, and the only option I had was to cut them in the other direction, and the colors were just so very wrong. So I water colored another panel (yes, I did) cut the words out, and glued them to the black, a little off-set: 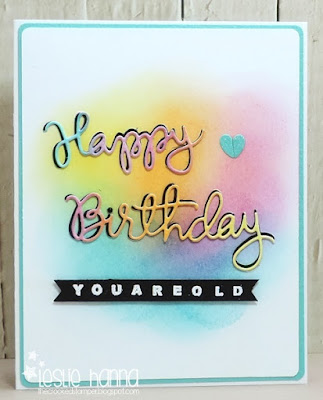 I was a gluey mess, and please don't mention how uneven it is. I tried.

The blue heart is left over from the punched-out leaves from the wreath in this post - they were still on my table, so I added the heart, then covered it with clear Wink of Stella.

Not my best work, but it's a little better than the version with no black. Unless you think the "fading into the background" words are okay. Or I could have used dark gray words and a dark gray banner and just forgotten the colored words. I need to go back and play some more.

My color combination is courtesy of Shari Carroll's Distress Color Combo recipes on the Simon site. I've printed them out and I keep them with my mini Distress ink tins. For this (these) cards I used Recipe #2: Peacock Feathers, Picked Raspberry, Spiced Marmalade, and Mustard Seed.

Some of the stuff I used: Bazzill Sea Glass card stock, SU black card stock, bottom half of a River City Rubber Works birthday stamp, and the following: