In my last post, I mentioned my new Reverse Confetti die set has two sizes of wreaths. I challenged myself to use the larger one. This was mostly because when I went to the RC site to get the link for the dies, I spied a sample card that perfectly explains why I needed this set. So I CASEd it. 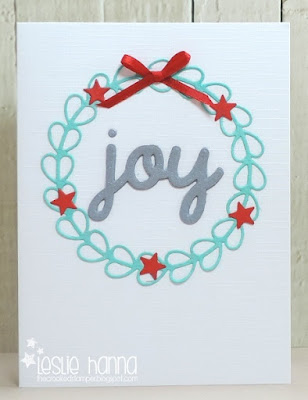 The wreath isn't as large as I thought it was, and it actually fits the card front quite nicely. The only thing I had for embellishments (aside from bling) was a set of star dies, so I cut some from a remnant of SU Poppy Parade and stuck them on.

The joy is a Lil Inker Designs die, and it's a perfect fit for the center of the wreath. I cut it thrice from some SU Brushed Silver card stock, but it wasn't shiny enough for me, so I went over it with clear Wink of Stella.

Because I'm in multiples mode, I made a second card. The only difference is I used some enamel star stickers instead of die-cutting them: 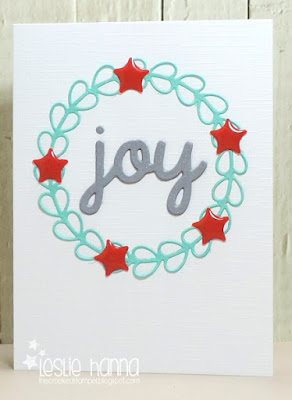 and version two, with the red bow: 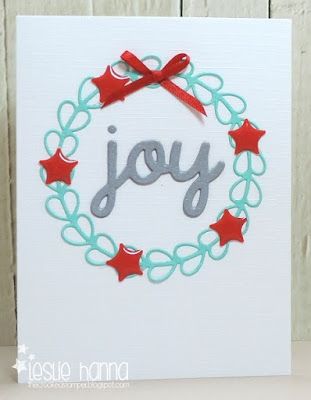 I chose poorly with the original placement of the stars and wasn't sure where to add a bow. I ended up moving the top star a little to the left, and put the bow in its place.

I think I can live with this. Also, the "leaves" in the wreath are hearts, so this wreath could be used for a love card, too. Bonus!