I was going to call this post Craftastrophe Du Jour, but since the resulting cards weren't a total loss, I thought I'd stick with the OWH title.

I had my Basic Grey Lemonade paper pad out, so you'll be sick of it by the end of the day, but yes, I used it, starting with this project. I was following the new OWH Sketch: 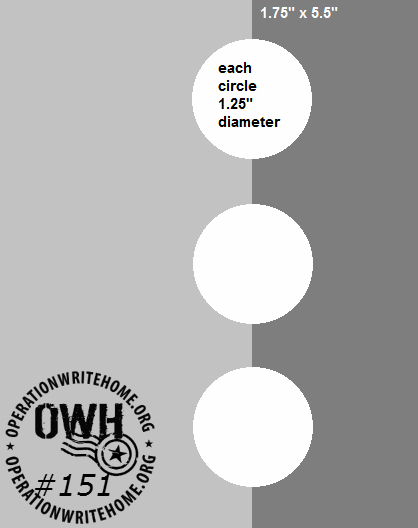 and I immediately knew I could disappear some pink-ish paper. I also did a little "whoot" because I just bought the MFT Peek-A-Boo Trio die, and it was perfect for this challenge. 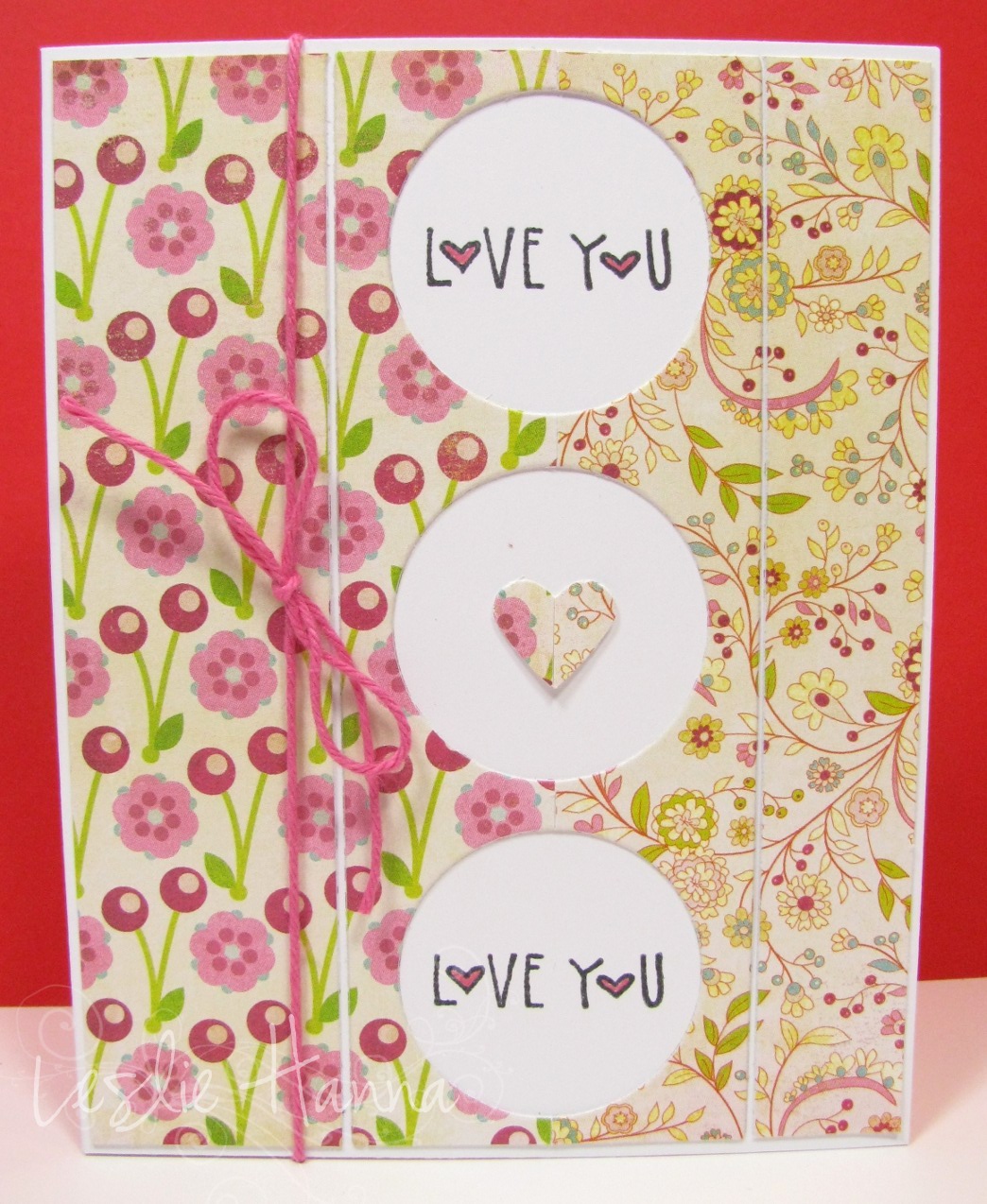 I used most of two pieces of my Basic Grey Lemonade 6x6 paper pack. Baby steps, people, baby steps. You may notice my card has sections where the sketch does not. This was my OMG IT'S A GOOD THING I CAN LAUGH AT MYSELF moment that I thought would be the Craftastrophe Du Jour, but instead I ended up embracing it.  You see, the circle trio die doesn't just cut the three circles, like my brain thought it would. No no no no, it cuts three circles and the outer edge, too. So imagine my surprise when I thought, "Hmmm, I wonder if the edge will leave an impression on the card front." and instead I ended up with three pieces of card front! ACK! I was laughing out loud. I was so discombobulated I went ahead and cut the second card front, too.

The second of two: 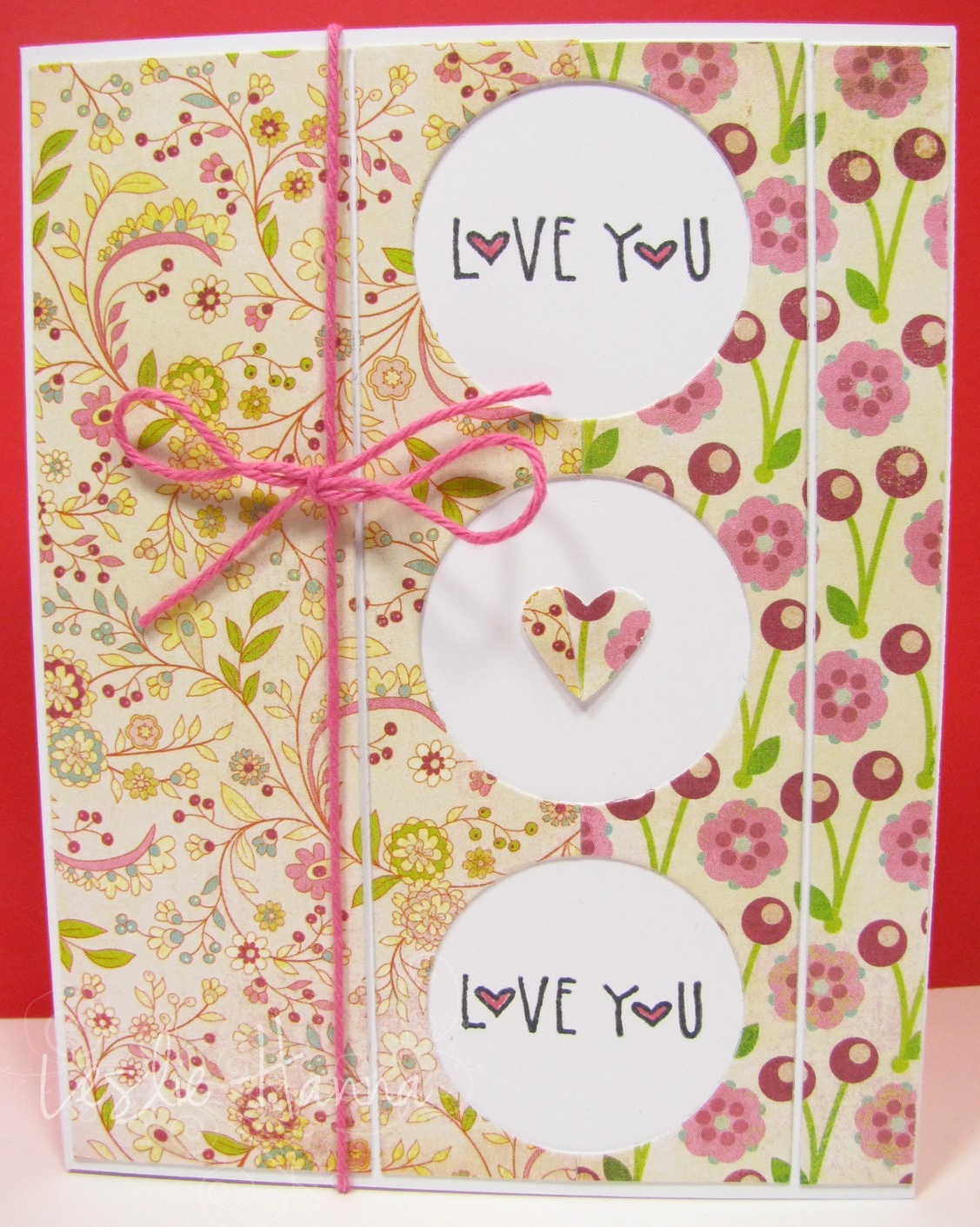 I just cut the papers into two sections for the front, and mixed-and-matched. The only fall-out was ... well, there really wasn't any. By leaving the teeny tiniest of gaps between the panels it even fit onto the card front without additional trimming.

The hearts in the middle circles were punched from two of the circles. I lined up the heart punch with the line where the papers met to get it even. AND, to get the sentiment to fit into the circles, I actually cut my Paper Smooches sentiment. I did. It's quite liberating, and way easier than masking.

When I tied the string onto the card front, I purposely did not nestle it into the groove between the panels. I embrace this craftastrophe!

In other news, this was way too much work to mass-produce. I think I'll use plain circles stuck onto the card front next time I use the sketch.

Also, I've started including links to Ellen Hutson in addition to Simon Says Stamp, the better to enable you and your shopping preferences. :D Please tell me if it makes you crazy, though.