Today I unpacked the car and attempted to put away all the s-crap I hauled with me to the crafty retreat. Naturally I got distracted, and ... well, that's not exactly true. I did get distracted, but I prefer to think of it as being efficient. Yeah, that's it: efficient. Instead of putting away one of the 6x6 packs I didn't get to, I used it today to make 29 cards for OWH.

I won't bore you with all of them, but I did select a few to share. First one: 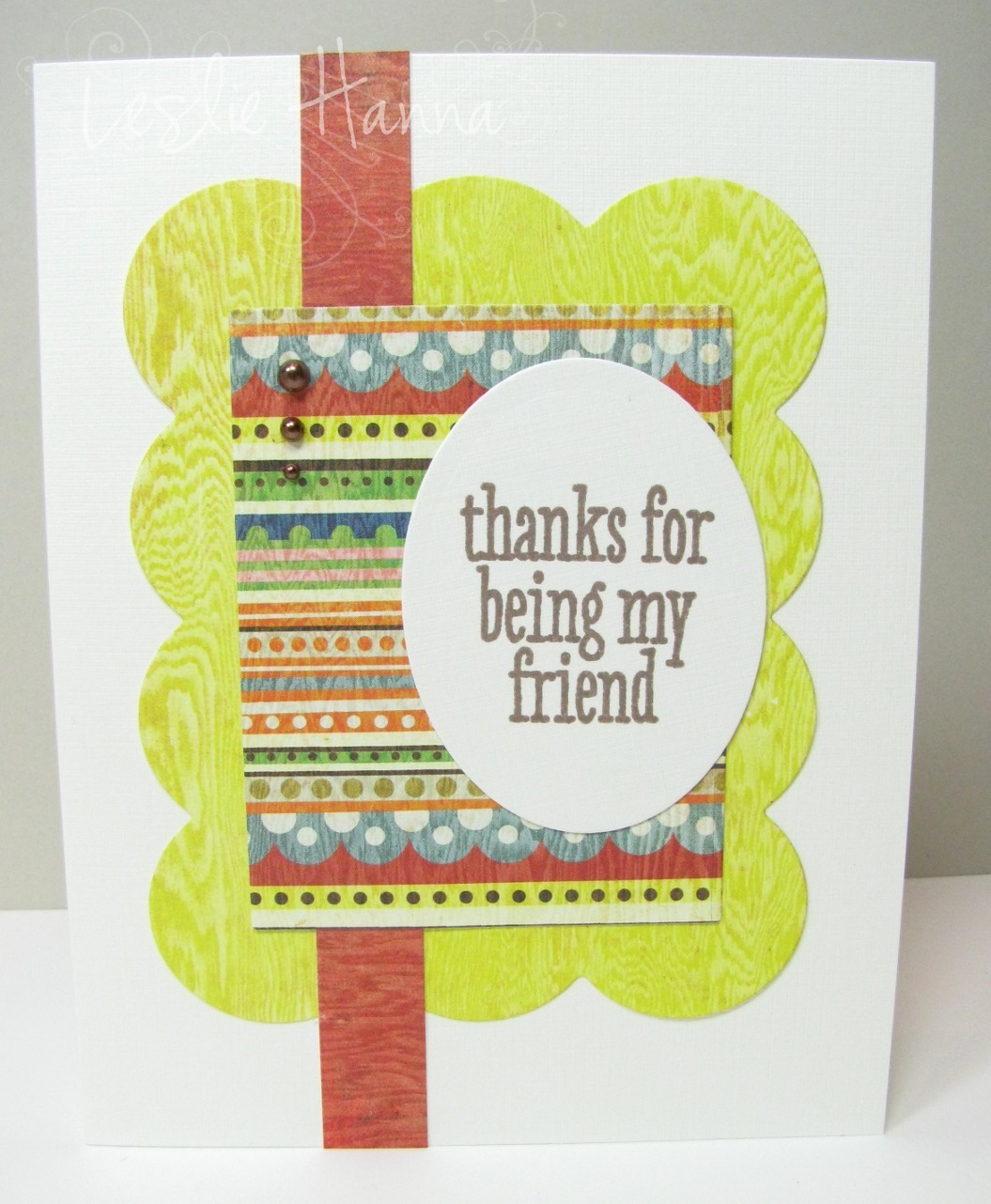 I was using the Basic Grey Life of the Party 6x6 pack, and the "solids" were all wood-grain. I like that. :) 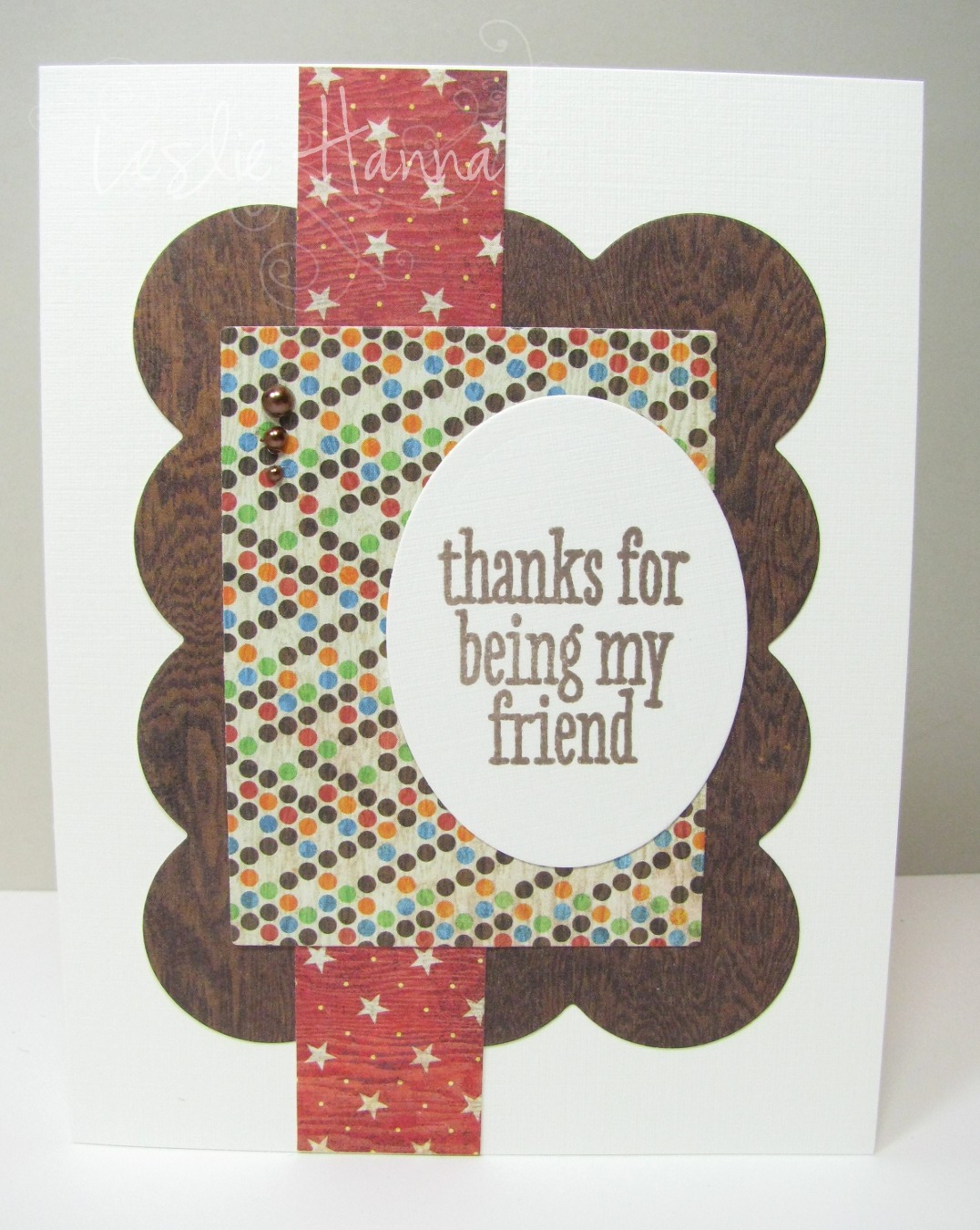 I think the stars work with the dots here. I was trying to channel some of the stuff I learned in the last Online Card Class. At least I like the colors together. 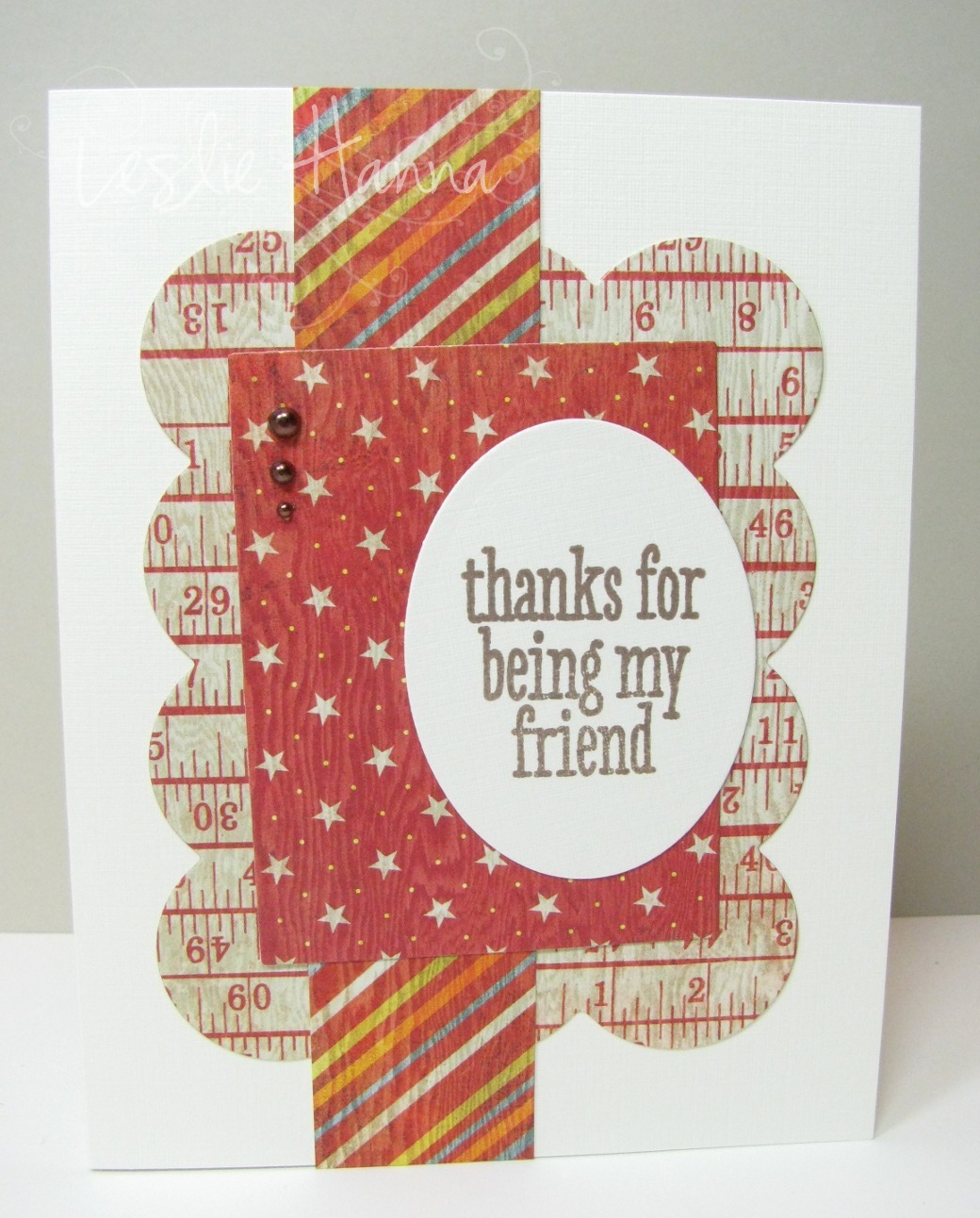 This one came out very red. I call it "monochromatic" and claim that I totally meant to do that. I think if the colors had more contrast that combination might not have worked.

Next is my personal favorite (shhhh, don't tell the others): 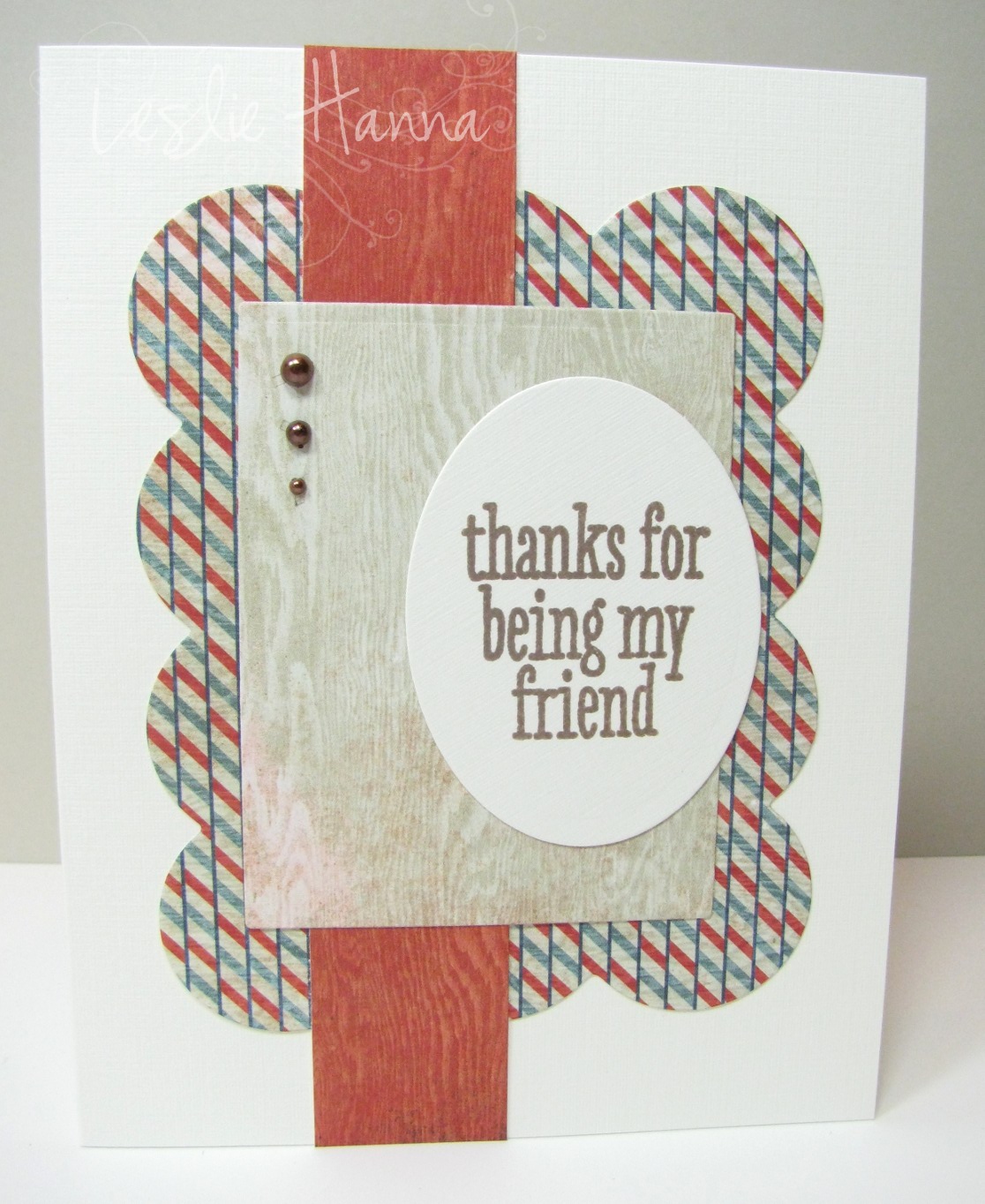 I made a total of 21 using this sketch and the "friend" sentiment. And if you are now also singing the theme from The Golden Girls, you are welcome. Oh, I started with the current MFT sketch: 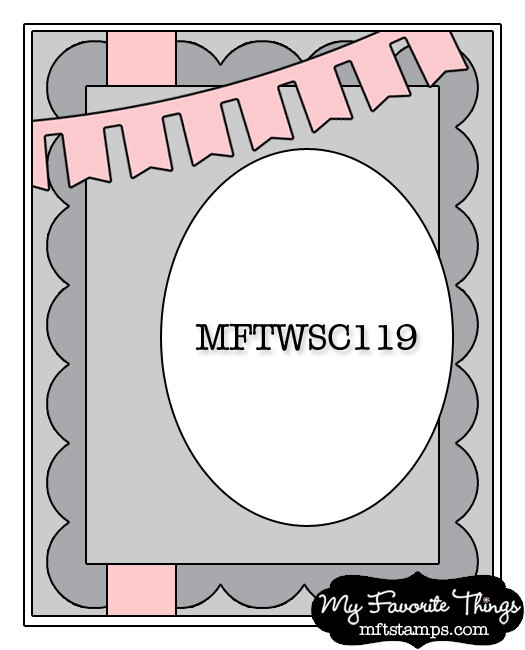 Once I'd cut up all the papers for those cards, I had a bunch of strips of all the papers left, so I made my go-to banner cards to use up most of them. Here's one: 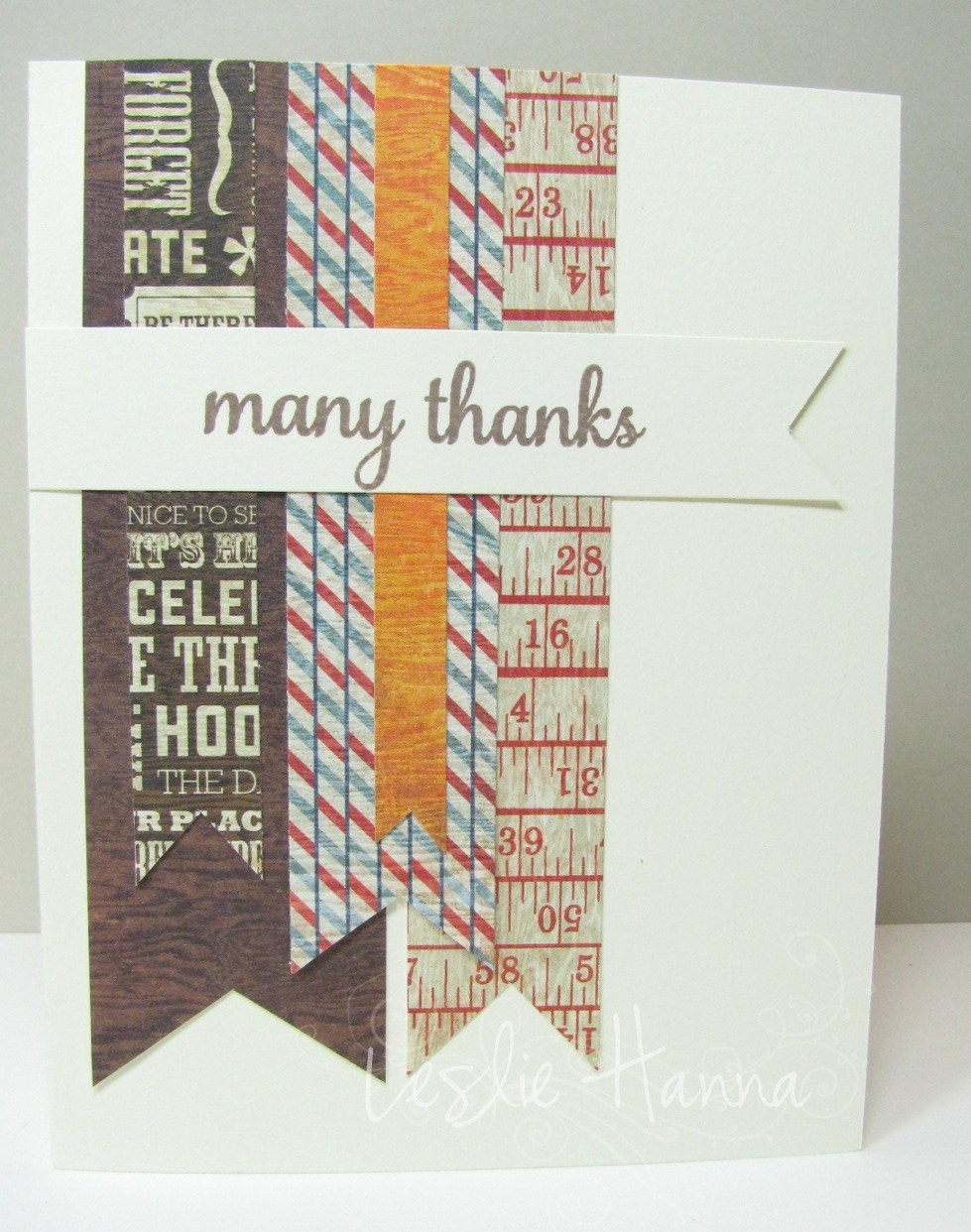 and yes, I even used some (gah) pink: 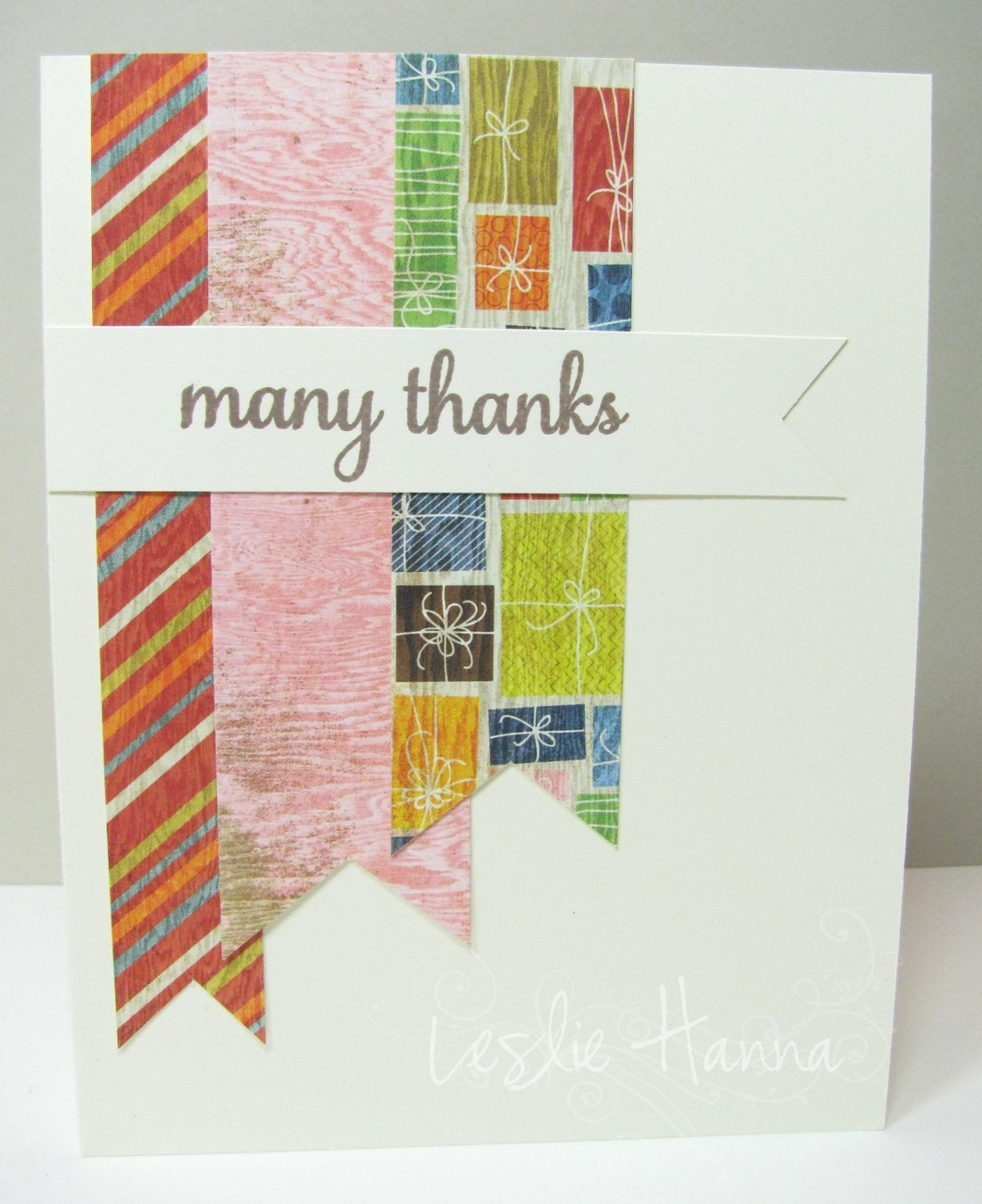 and a lot of yellow: These have all been stamped and stuffed (put in envelopes according to Envelope Tuck 2.0 instructions) and put into a box. Tomorrow I'll cut bases for the 50 card fronts I made over the weekend and I'll show you a few of those later this week.

In other news, I had my nails painted this past weekend. Lookie: 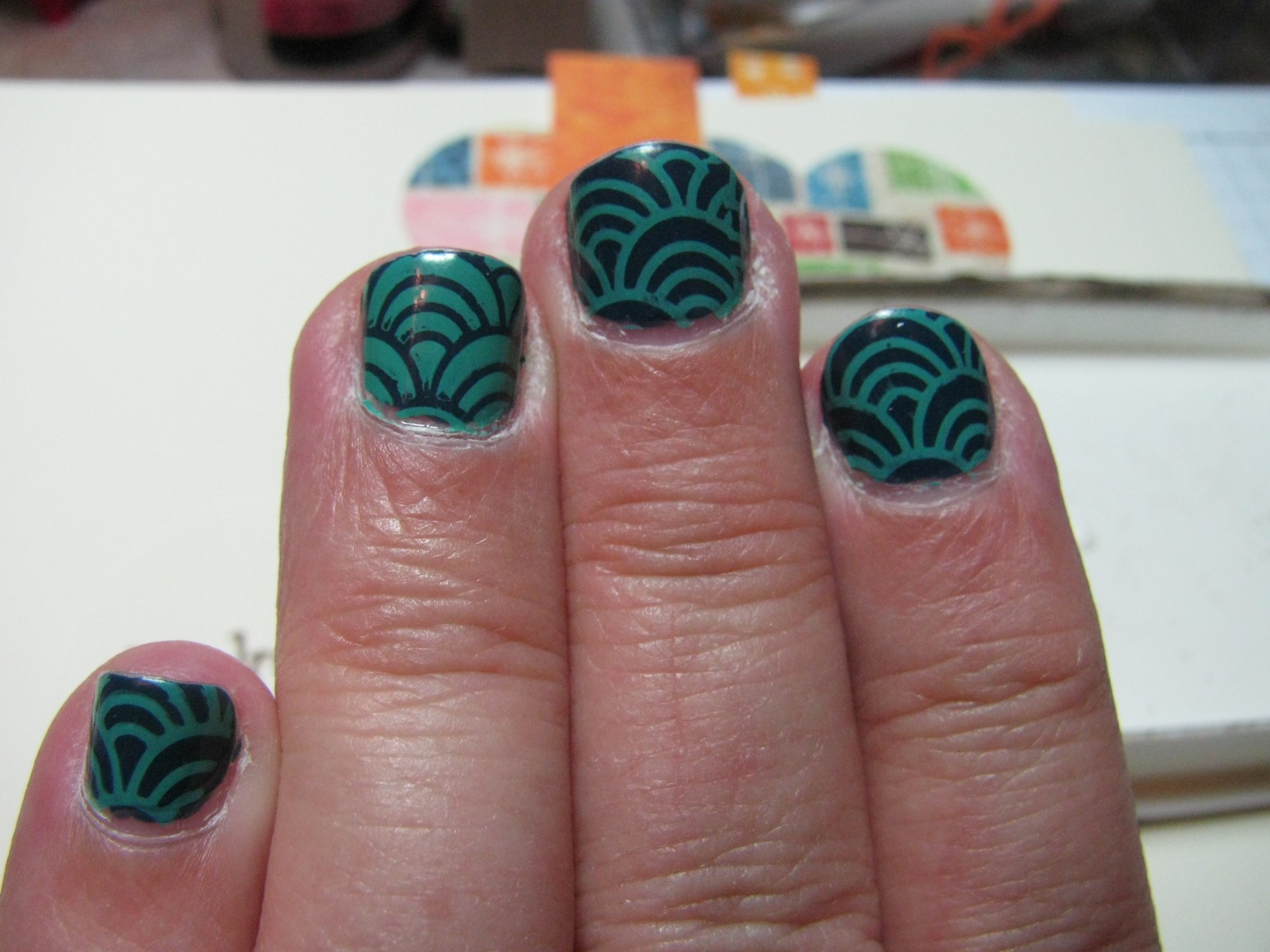 I took this earlier today, and I'm glad I did, because now they are a hot mess of chips and ... it's not pretty. Just sayin'. I don't think I can have painted nails, as they don't last very long in my world. Sigh.

Now if you'll excuse me, I need to go wrap my head around returning to work tomorrow. Double-sigh.

Thanks for stopping by!
Posted by Leslie Hanna at 9:51 PM