HA, and you thought I was slacking. I managed to make two more cards for the current Online Card Class: Summer Card Camp 2. I took some of the examples from both days and made them my own. 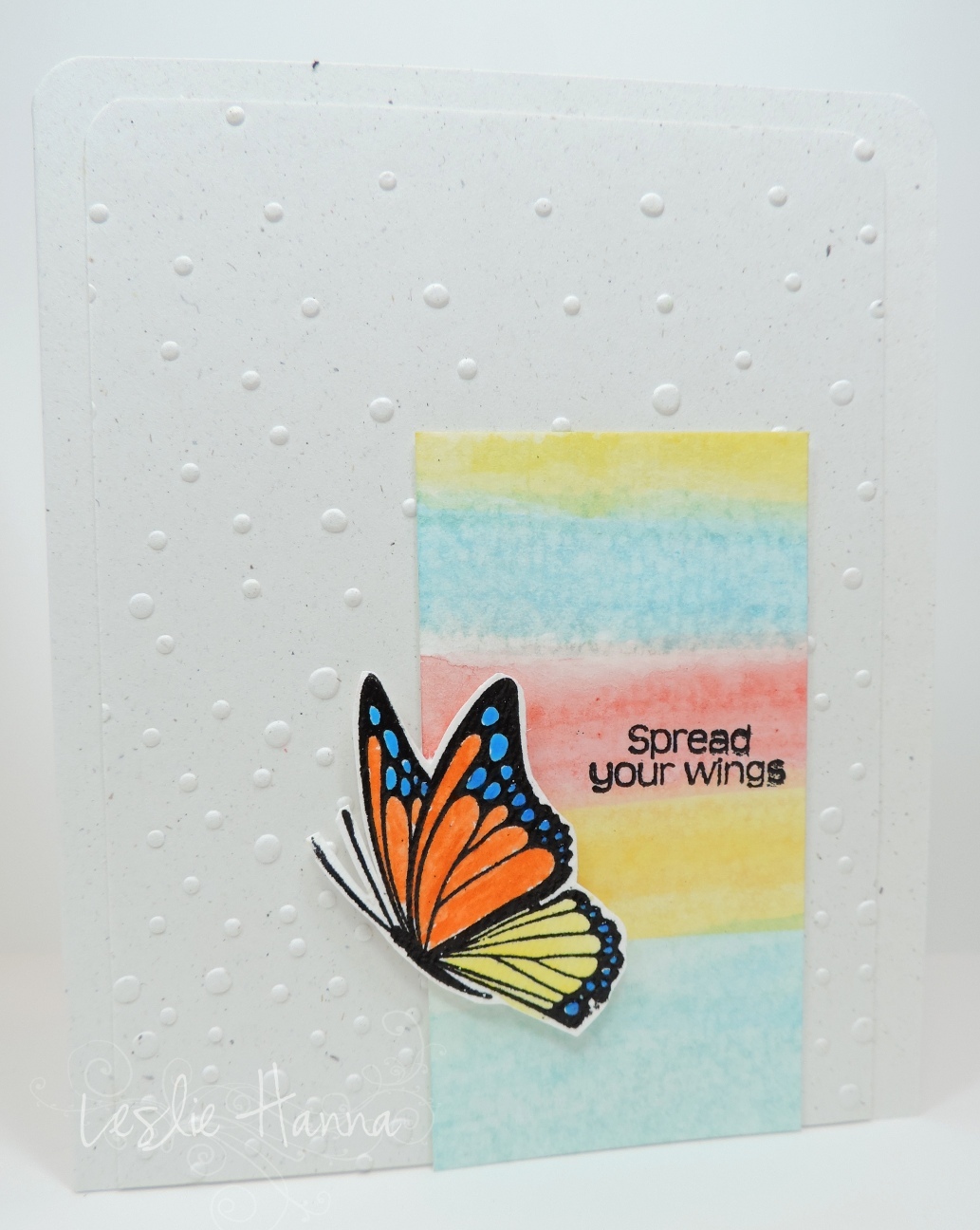 No, that's not dirt or an ink schmear at the top, though normally it might be. I used SU Naturals White for the card base and it's an unfortunate natural spec placement.

I think I've combined Kristina's and Shari's techniques for the stripes. The striped piece started out as trying to be like Shari (did a whole card front), but I failed, and salvaged part of it to use for the striped element in Sketch 2.

The flutterby and sentiment are embossed in black, and the flutterby was colored using Gelatos. I scribbled two of them onto an acrylic block, spritzed them, and used them like water color paint on the wings. When I was done with the assembly, I went back and filled in the dots with a blue glaze pen. I like the pop of bright color with all the other washed-out colors.

Because of my fear of white space, I used a Hero Arts embossing folder on the layer so it didn't disappear into the card base. 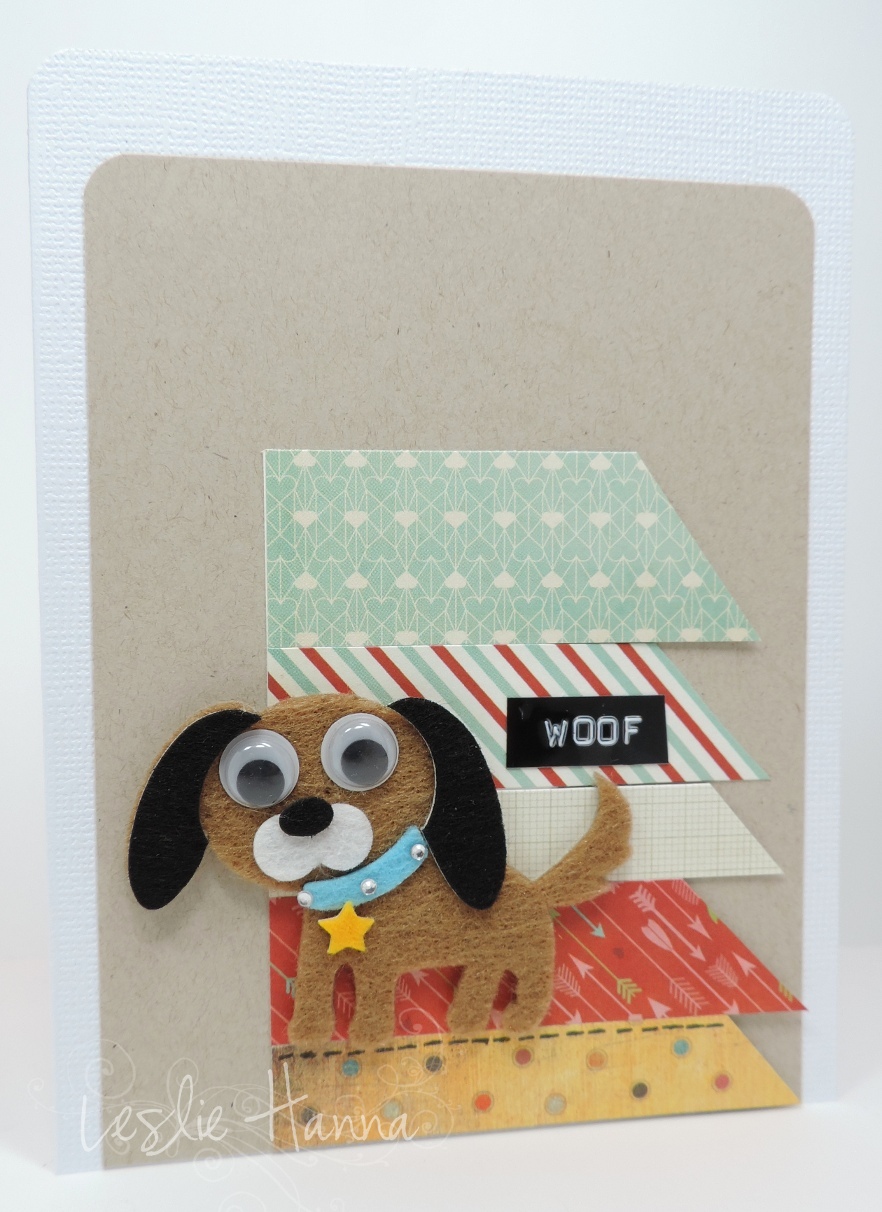 For this one I was trying to be like Laura, and I used scraps remnants from two of my Basic Grey 6x6 pads to make the stripes. They are all from the True Love pad except for the bottom yellow piece, which is from Max & Whiskers. I cut them at varying widths on purpose. This might be the first time I've successfully crossed the beams between two 6x6 pads, and yes, I am very proud, even if the top piece does look a bit disembodied.

The yellow paper made me think about my half-used pack of Woolies, so I pulled out the dog and drew a line on the yellow paper strip to ground him. The pieces of paper look like they are raised up with dimensional adhesive, but they aren't; I simply didn't stick down that side. The woof was made with my Dymo labeler.

I'm off to link to the class galleries. Thanks for stopping by!