I think we've established that I don't send cards. Not generally, though if I want to send you something, I'll make a card to go with it. But birthdays? Nah, not gonna happen. 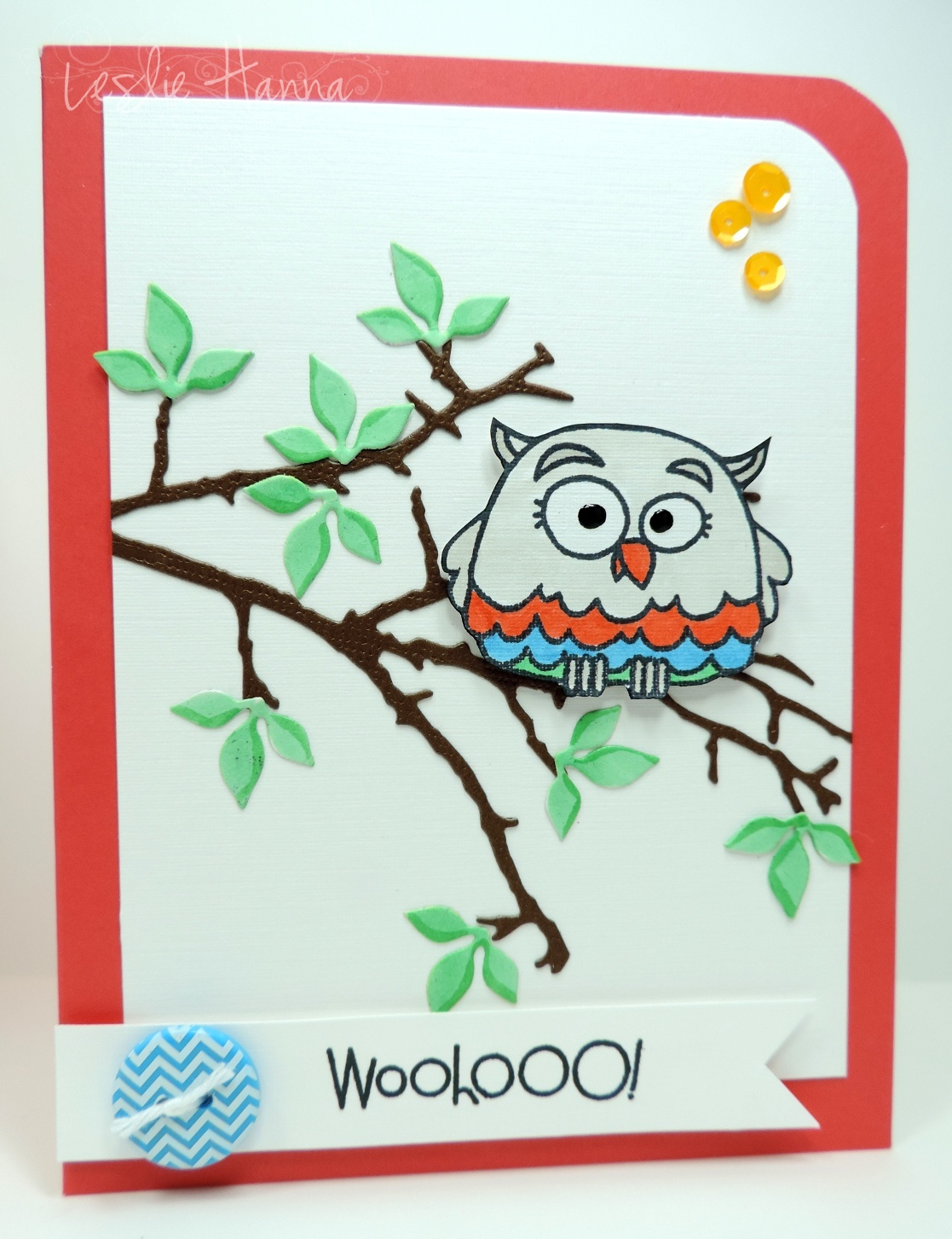 I don't know what I was thinking, but ... let's just say this card evolved into its current state. First, I decided I needed to use one of the buttons I got recently at Mike's. That drove my color scheme, such as it is. Next I selected THE most detailed die I could find to make the branch. It would have been much easier to use a branch WITH LEAVES on it, but noooooo, I chose one where you have to die-cut all the leaves. Don't get me wrong - I like how it turned out, but I really wasn't planning on spending that much time on the branch. And leaves.

Now that I look at the owl, it looks like she's wearing a ruffle-bottom swim suit, the kind Grandma used to wear. Sigh.

This card started out on a white base, but it was very meh, so I cut it down and put it onto a Hero Arts Blush card base instead. When I cut it down, I also hacked off some leaves, and they looked dumb here, so I die-cut some more leaves and stuck them on so they slop over the edge of the white panel.

Please note: When using the metal shim with your Big Shot, it's important to ensure the cutting side of your die is facing the paper you intend to cut, and not the metal shim. It leaves a really, really deep impression in the metal shim. Ask me how I know. :(

Once again, the sequins stand in for where I'd put a sun to fill that big empty in the upper right.

For my last act, I added some Black Enamel Accents to her eyes, mostly because Kathy Racoosin told me to, and she is always right about these things. I think it really does make the eyes look better. :)

The more I look at this card, the more I think it's wrong for the intended recipient. Guess I'll start over, but this one is a keeper. :)