Someone asked for a birthday card with a giraffe for a three-year-old. I only have one giraffe stamp, so I tried to mix it up a little. When you see this, it will explain much about me: 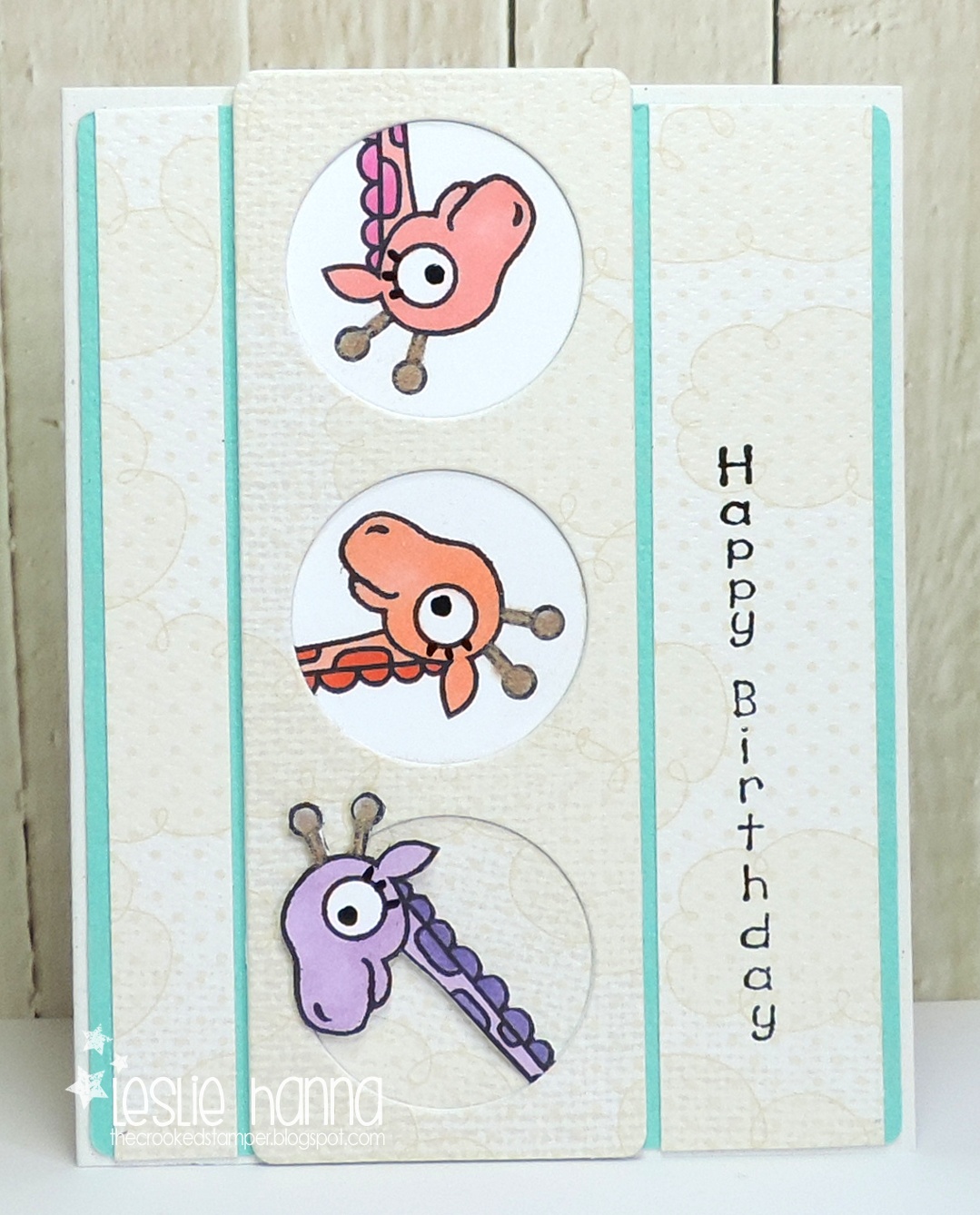 If this is "mixed up", then it tells you how really boring I can be. Though I will admit you don't often see pink or orange giraffes. Purple yes, but not pink or orange.

I used my MFT Peek-A-Boo Trio die to cut the vertical panel, and I cut it four times -- three out of white and once from a piece of SU Specialty Paper from The Heaplet. It's yellow-ish and has clouds printed on it. I thought that would work for a giraffe with the long neck and all.

The die cuts out the whole piece, leaving strips of card stock on each side. I layered these on top of a blue-green remnant.

For the top two giraffes, I stamped them on left-over circles from cutting the layers (so I knew they'd fit), and I stamped the bottom giraffe on white and fussy-cut him. After I colored them, the top two were stuck down inside the openings, and the bottom one was tucked between a few of the layers. There is foam adhesive and a few glue dots holding up his neck and head.

I can't leave well enough alone, so I covered the horns/antlers with glue from my SU 2-way glue pen (best pen I've found for holding flock) and pressed in some SU brown flock. That stuff has to be 10 years old, at least.

I stamped the sentiment in Memento Luxe black and clear-embossed it.  I rounded the corners of the panel, and mounted the whole thing on an SU Naturals White base.

For my last act, I went over the eyes and lashes with a black glaze pen, because I could. I figured a three-year-old would enjoy some tactile elements, and hopefully the embossing and flock will serve to entertain, if only for a few seconds.

I hope this passes muster. If not, you'll see my next attempt at "mixing it up". :)