One of the cards I made this past weekend pretty much made itself. Gotta love that! Here it is, then I'll explain: 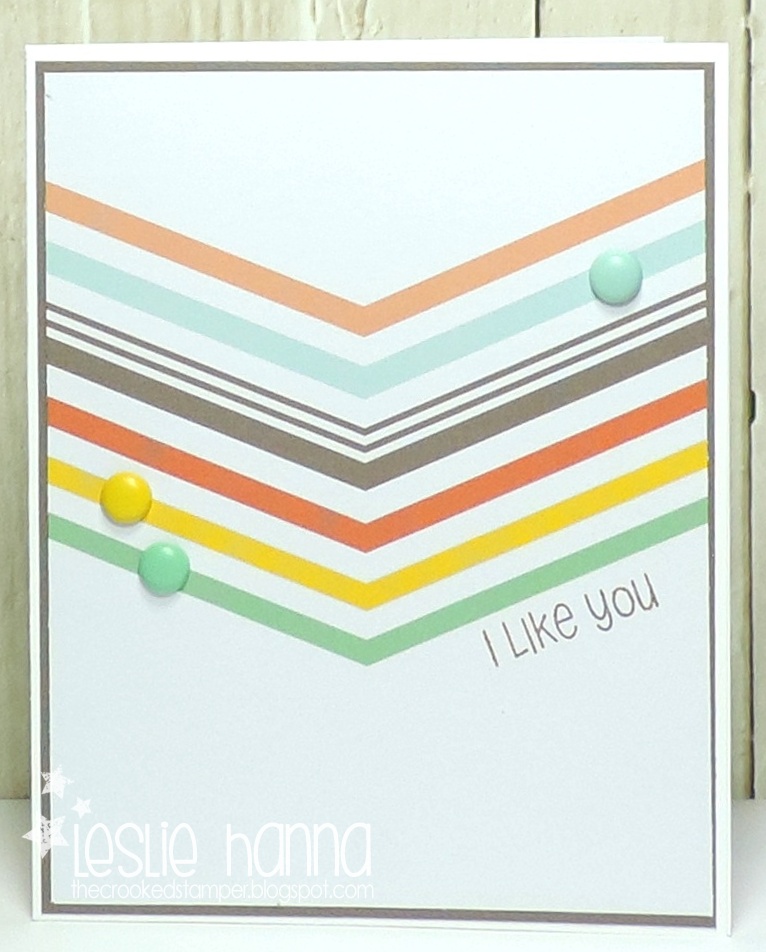 This is a piece of paper from the Chickaniddy Scrumptious 6x6 pack, and it called to me. I trimmed an inch off of each side so the points would be centered, then put it onto a brown layer from the same pack.

In a fit of rare common sense, I actually ordered the coordinating bling for the paper pack. I usually don't bother, as I have a squillion pearls, gemstones and enamel dots, and heaven knows I don't need more. But I did get them.

Only one problem: I didn't read the fine print. I thought they were enamel dots, so I stuck my brown panel to the card base, thinking I'd just add a few dots and be done. But nooooo, these are brads, and not small brads, either. I had to disassemble my card, sacrificing the one side of the base, poked holes through both panels where I wanted to put the brads, then put that onto a new base. Oh, the humanity.

I will say, though, that these are a perfect match for the stripes, so maybe I need more matching bling. I really don't want to get into that habit, though. It could be trouble.

Does that sentiment look familiar? Yes, it was still out from two other cards I made last weekend, and it was perfect for this card, too. I also declared it to be the third spot in my visual triangle, the brads being the other two.

This was almost too easy. To make up for it, I made a more difficult card, which I'll share in a few days. Hopefully by mid-week I'll have my bags unpacked and my craft desk re-assembled so I can make new stuff. :)

What I used:  Lawn Fawn freebie (came with a humongous order), and the following: