During my play days, I like to use new-to-me stuff so I can justify their purchases and then put them away. I recently acquired a set of sentiment edger dies from Impression Obsession, and since I had some black paper remnants, I started to play. This happened: 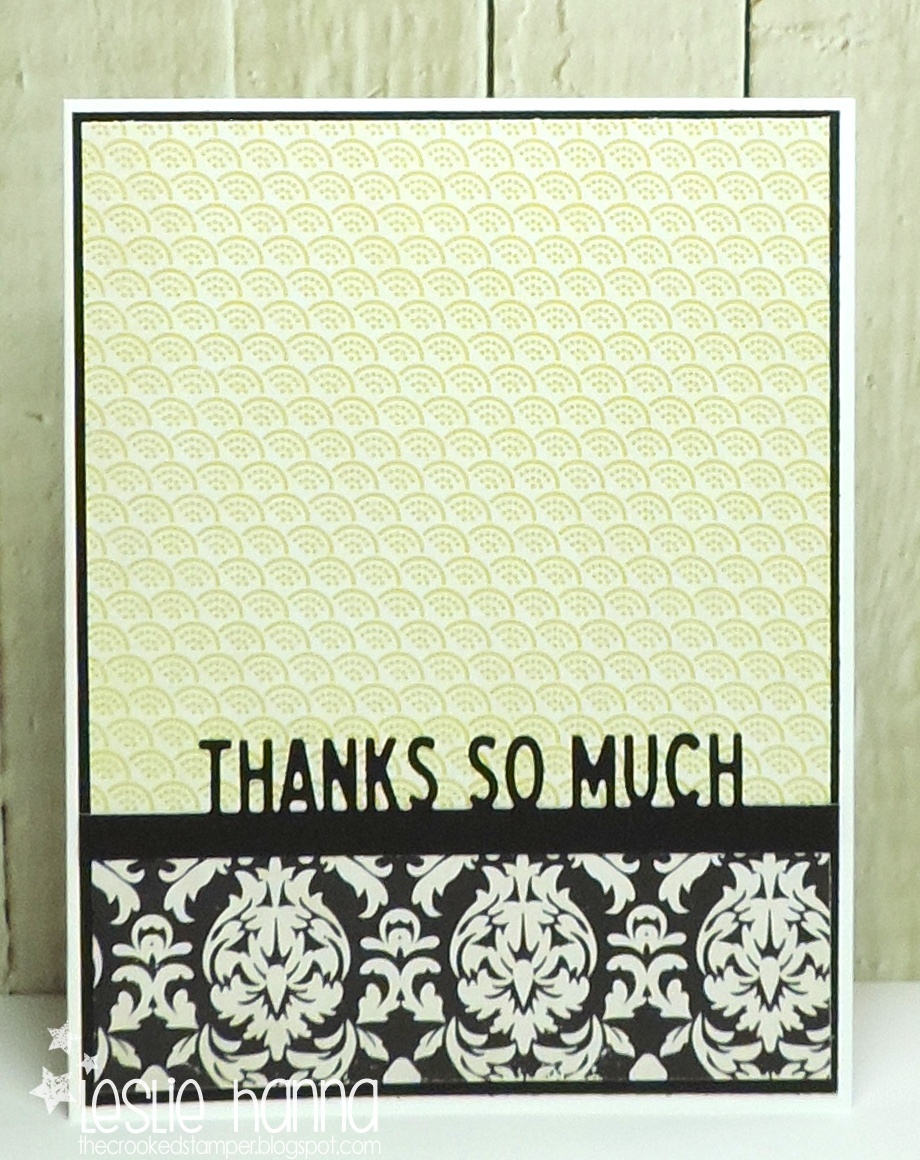 I found that to best cut the sentiment strip, the card stock should be just a bit narrower than the die so it cuts clean through. Then I trimmed the black part to a thin strip, and it became a perfect joiner for two pieces of patterned paper.

I went in search of something with black, and found my pal's Echo Park For The Record 2 6x6 pack. Drawing on things I learned from the Online Card Class Pattern Play about mixing patterned papers, I went with a small pattern for the yellow and a large pattern for the black.

I left the strip of black long until I stuck the papers onto a black layer, then I trimmed the strip to end at the edge of the black. The whole thing was mounted on a white card base, and it was finished. So easy, and no stamping. I might feel a bit guilty about that.

Since this is another yellow & black card, I'm entering it into the CAS - Colours and Sketches challenge: 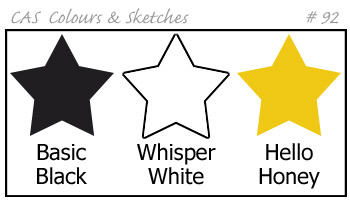 Stuff I used: misc black card stock, and the following: