Today I bring you another card I made last weekend using stuff from my UFO pile: 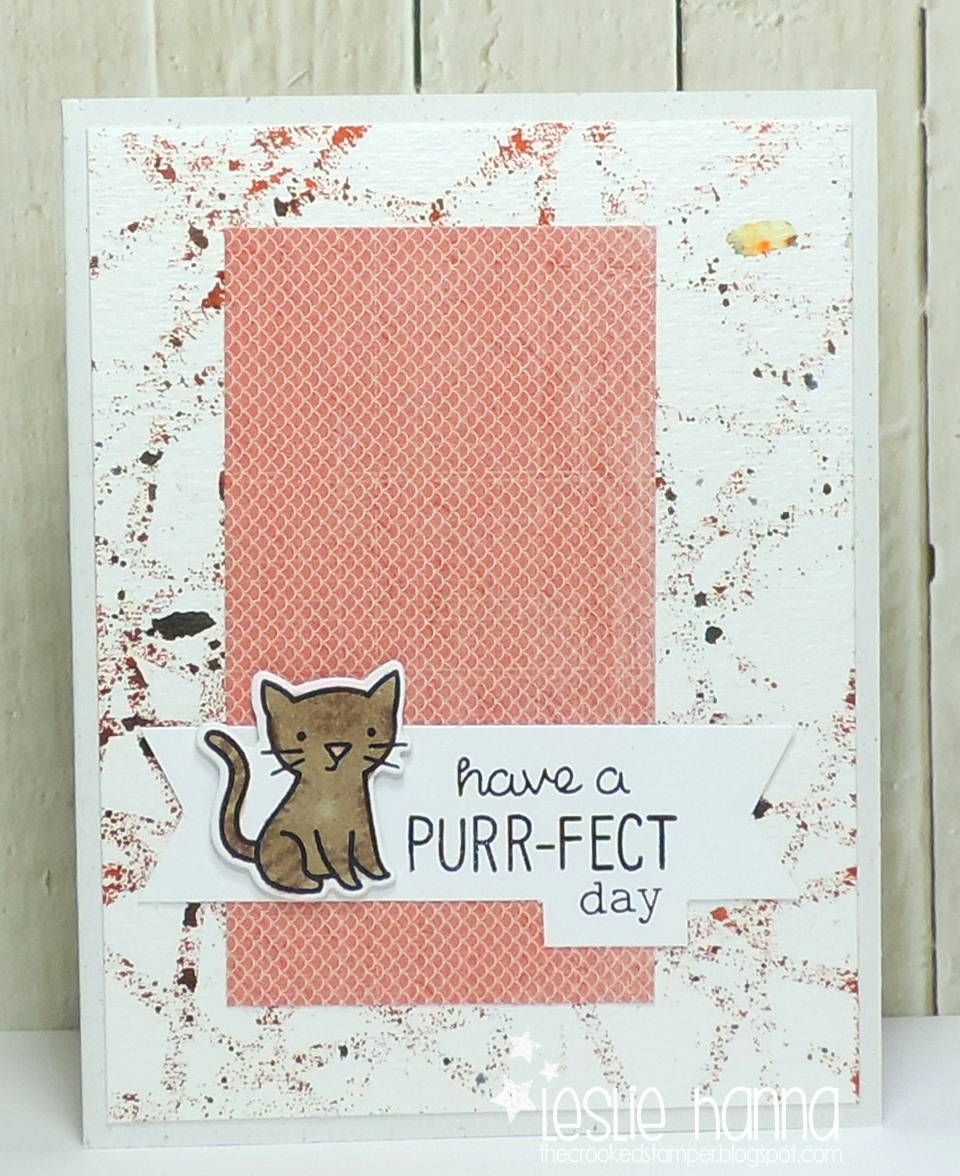 I broke open my new Lawn Fawn Spooktacular stamps and dies. Say what? A Halloween set for someone who doesn't "do" Halloween? Yeppers! I broke my 50% rule and bought this set just for that cute cat. Can you really blame me?

I started by coloring the cat, then stared at it for a while. I went through my stack of printed challenges and found this one from Fusion: 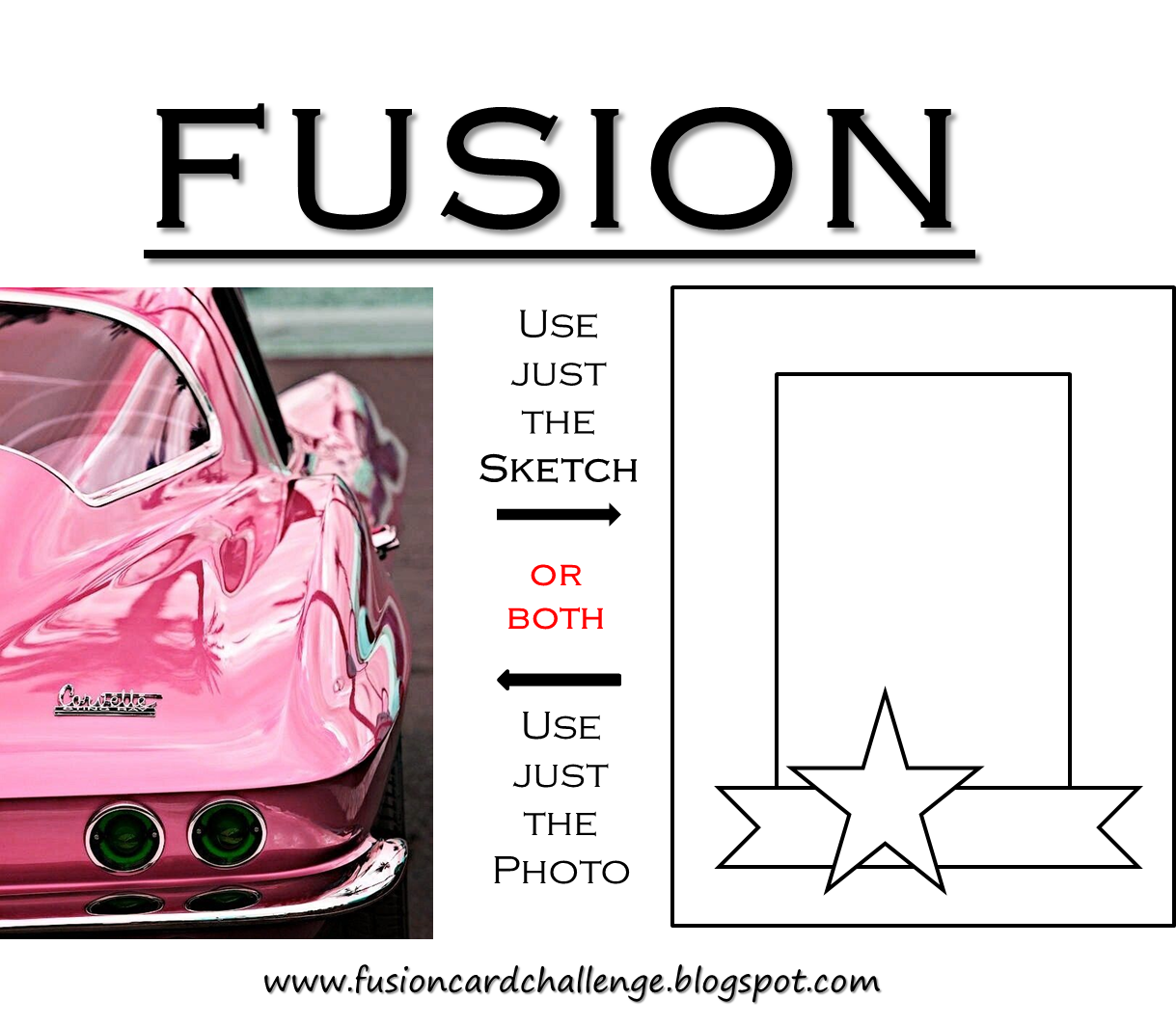 I thought the kitty would be perfect for the star element in the sketch. I tried to ignore all the (gah) pink in the suggested photo, though I think it's really more of a rose red.

I needed a rectangular piece of paper, and wouldn't you know I had one, the right size, even, in my pile of left-over MAMBI pieces. I suppose I could call it "pink-ish" and milk the challenge, but I won't. heh

For the background, I chose another UFO water color panel. You'd think I'd be making a dent by now, but nooooo. I practice a lot and save most of them. I'm sure you'll see more of my weird background experiment pieces in the coming weeks and months.

Oh, about the sentiment: The "have a purr-fect" part is from the Spooktacular set; I cut off the "halloween" word. The word "day" is from a Winnie & Walter set. They have a ton of small words in their sets with the BIG words, which makes all the stamp mixing & matching pretty easy.

I should only have one more post blathering about the cards I made last weekend.  Thanks for hanging in with me while I share. :)

And thanks for stopping by!


Stuff I used: remnant of the still-not-all-gone MAMBI paper, piece of water color paper from the UFO pile that was made by spritzing water over a stencil, SU Naturals White card stock, and the following: