Time for another episode of Hambo Hoedown! This week we played with the following image: 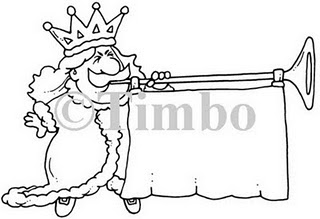 and we were told to use it to announce something. Well, when I first spied the image, I immediately thought it would be great for my milestone birthday cards. Last year's design didn't fly off the table, so it's time for a new idea. THIS, my friends, was IT. 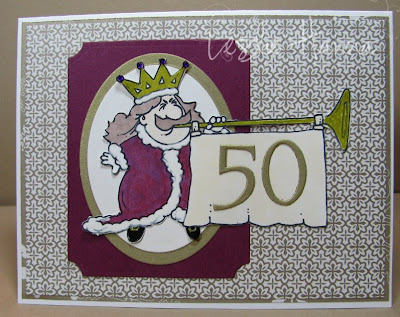 and now I'll go into the weepy blow-by-blow. This took me ALL DAY to make, people. ALL DAY! ONE CARD! And it's not like I'm a perfectionist or anything. Seriously. No, my challenge was a hair-brained idea to try the "outside the box" technique, which is where you trim your image and use a die that is actually too small for the image. The trimmed part sticks out from the die shape, thus the "outside the box" name.

Let me try to explain. Check out this Failed Attempt #5: 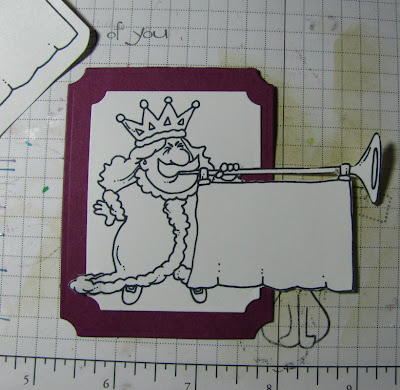 See how the end of his robe sticks outside the rectangle die cut shape? THAT side worked. What didn't work, you might ask? Well, when *I* get a hair-brained idea, I take it to another level. I wanted to have not only the robe sticking out over the die cut, but also the trumpet thing. Uh-huh. Not as easy as it looks. I did say this was Failed Attempt #5, right?

Allow me to illustrate. See that handsome red circle? --> See: 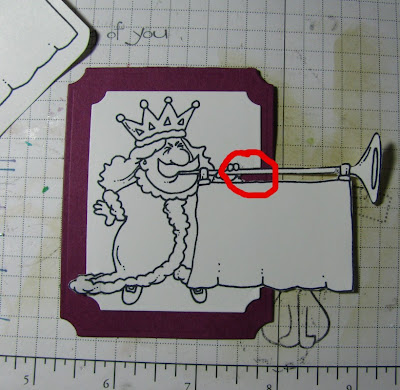 As I was fussy-cutting the right side of the die-cut image, I got a little carried away and cut into the die cut part! It was ruined! RUINED! I tried 1 or 2 more times before I just gave up and cut out the whole dang image. Sigh.

Okay, for my next trick, I needed Copics that were close to SU's Rich Razzleberry. I thought Razzleberry would be a good "royal" color to use. Trouble is, I don't have a Copic marker that color*. My reds were too red and my purples were too purple, so I got creative and combined two of them, coloring the red first, then going over it with the purple.

I used these two colors: 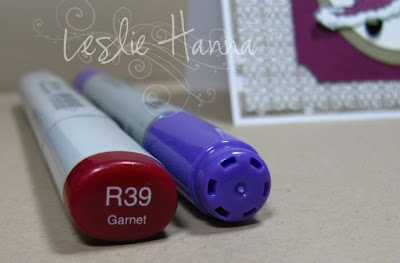 That's R39 and V17, which is way less blue than this poor photo shows. You can see in this next pic that it's pretty darn close in color to the Razzleberry card stock layer: 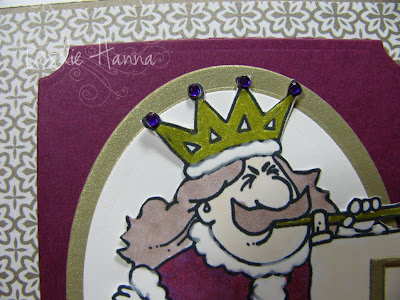 Next crisis: gold patterned paper. I just knew I had some old old old SU paper. You know, the ones we once sold in DSP and matching vellum? Yeah, those. I found two packs of Silver and two packs of Copper (what part of "hoarding" has not been clear to you?) but no Gold. None. Boo. Heck, maybe we only sold Silver and Copper. Who even remembers back that far?

I resorted to going through my room full of DSP until I found some retired SU Christmas papers with gold: 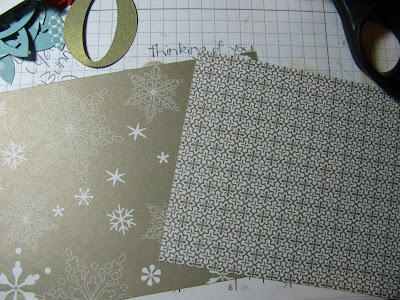 I cut the oval layer and the numbers (Cuttlebug Olivia Alphabet) out of SU Brushed Gold.

For my final touches, I colored all the white "fur" with a white Souffle marker: 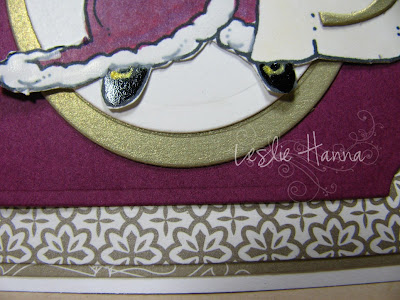 and those shoes are colored with a black Sakura Glaze pen (Oh, shiny!) sent to me by my tweep and bloggy friend, Libby. She's the BEST!

Once again, my finished card:

So there you have it: one kingly 50th birthday card, or a 50th anniversary card. One of these days I'm going to get a clue and figure out this two-sided "outside the box" thing, but not today, and probably not tomorrow, either.

* Yeah, I know, I could have used the Rich Razzleberry marker, but that would have been too easy. And I wanted it less opaque than the marker would have been. And using a blender pen sounded like work.
Posted by Leslie Hanna at 6:22 PM