What Was I Thinking?

Every week I print out sketches from the challenge blogs I follow, and every week I don't get to very many of them. During the Captain's Quarters purge and re-org this weekend I tossed a bunch of dusty sketches from months ago. But today I had a current stack, and I needed a sketch with a large circle element; this one from Taylored Expressions fit the bill: 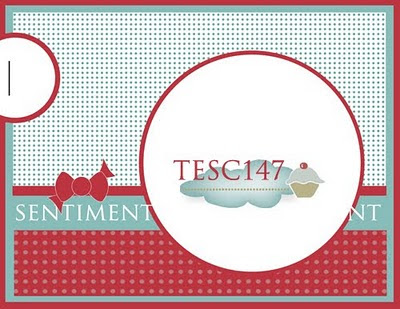 Now what you are about to see isn't pretty. Nope. I almost tossed the whole thing, even though it took me hours to make. Crafting is HARD, people! Sigh. So okay, here it is: 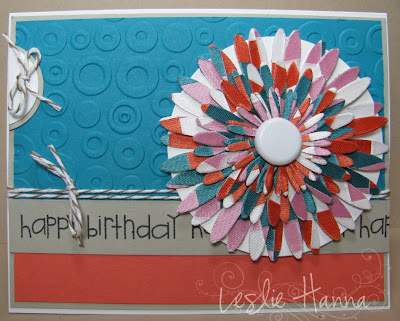 This might also be classified as "it seemed like a good idea at the time". You see, during the purge-athon, I found this sheet of Bargello-esque ribbons I made many years ago: 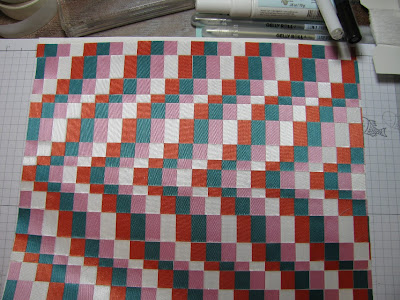 This is not nice ribbon. It's the really cheap stuff that you can't tie into a bow and is only good for weaving or using in long strips across a card. I got a squillion yards of it at the ribbon outlet many, many years ago, and that might be another "it seemed like a good idea at the time" episode. Just sayin'.

Here's a close-up of the cheap ribbon thingie: 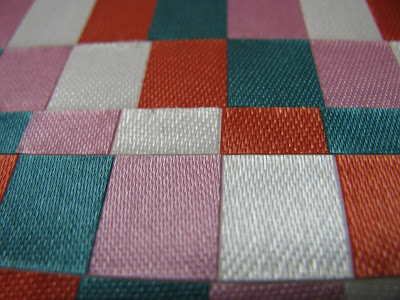 It looks nice, but it's not. So anyway, I also just finally bought the SU Flower, Daisies #2 die and thought I'd open & use it while disappearing that sheet of ribbon. Thus was born the Retro Flower: 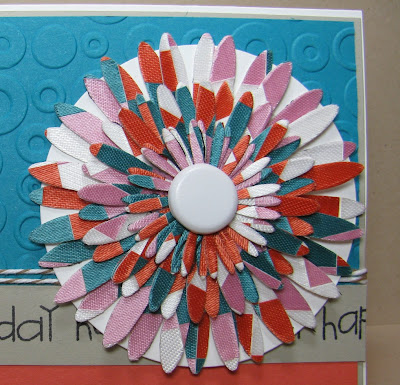 I actually cut out two sets and stacked them so this is a very tall flower. That brad, which is huge, barely reached through the center.

I declared the colors to be SU Taken With Teal (retired) and Poppy Parade. For the neutral layer I used Sahara Sand. The sentiment is from Paper Smooches.

Yeah, a little bright, but I've disappeared that sheet of ribbon paper and I'm moving on. I have a few more salvaged remnants that need attention, so it's back to the sketch challenge stack for me!

Thanks for stopping by!
Posted by Leslie Hanna at 4:43 PM