When I packed for my craft retreat, I grabbed several partial Basic Grey 6x6 packs and coordinating card stock, twine, etc., with the intent of disappearing most of it. I made a pretty good dent.

I opted to make only card fronts, not full cards, so I could get four card fronts from one piece of white card stock, and it was easier to pack to take home. Last night I did the bases. I cut, scored, stamped the backs, attached the card fronts and folded all 50 cards - yes, 50! I thought I'd share a few of them with you today. Let's get started!

When I set out to disappear a 6x6 pack, I first try to use full (4x5.25) pieces of the papers. These first few do just that: 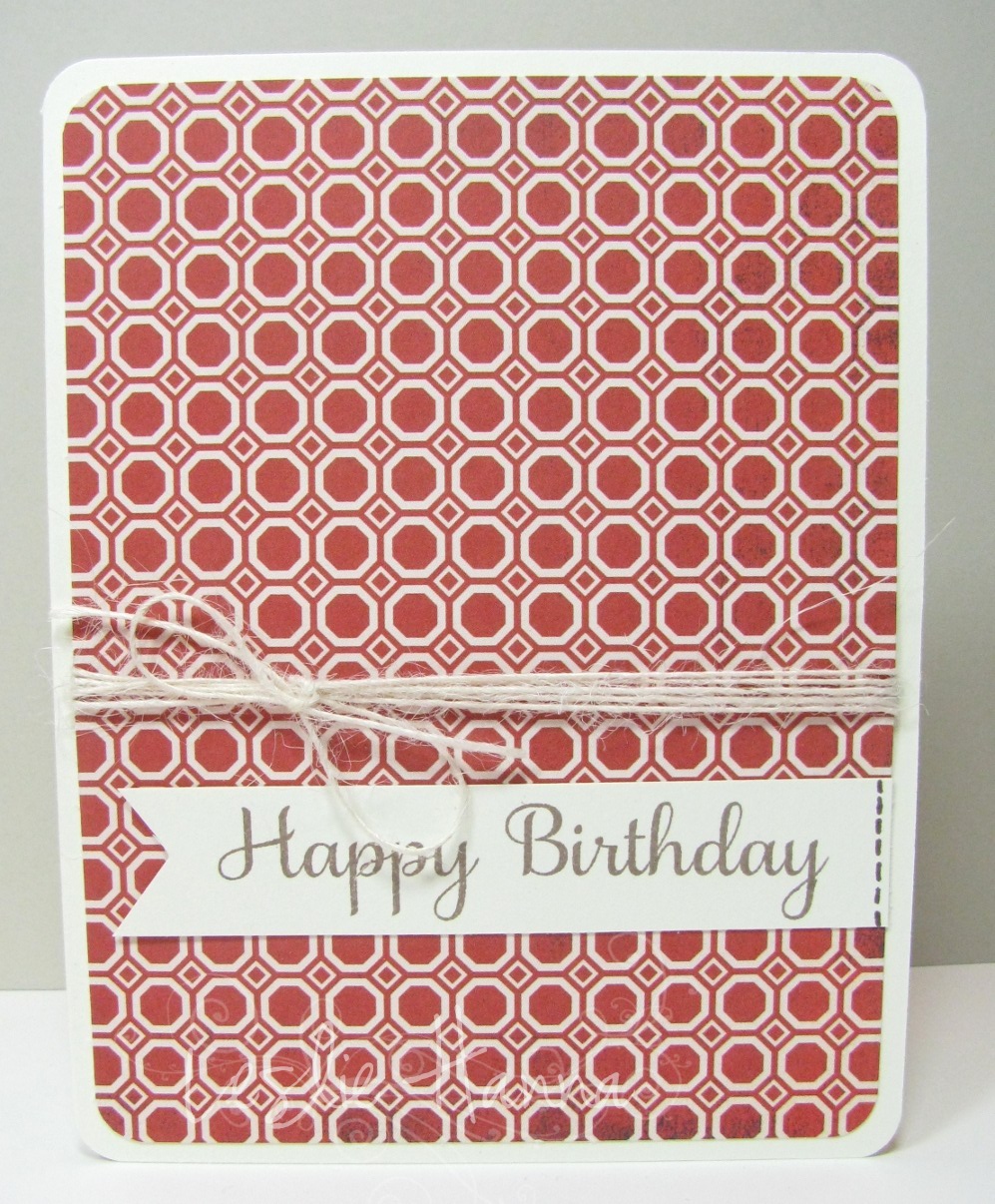 This one was simple. Since the paper was so busy, I just added some twine and a sentiment. This next one was busy, too, so I added a strip of the brown paper from the same pack: 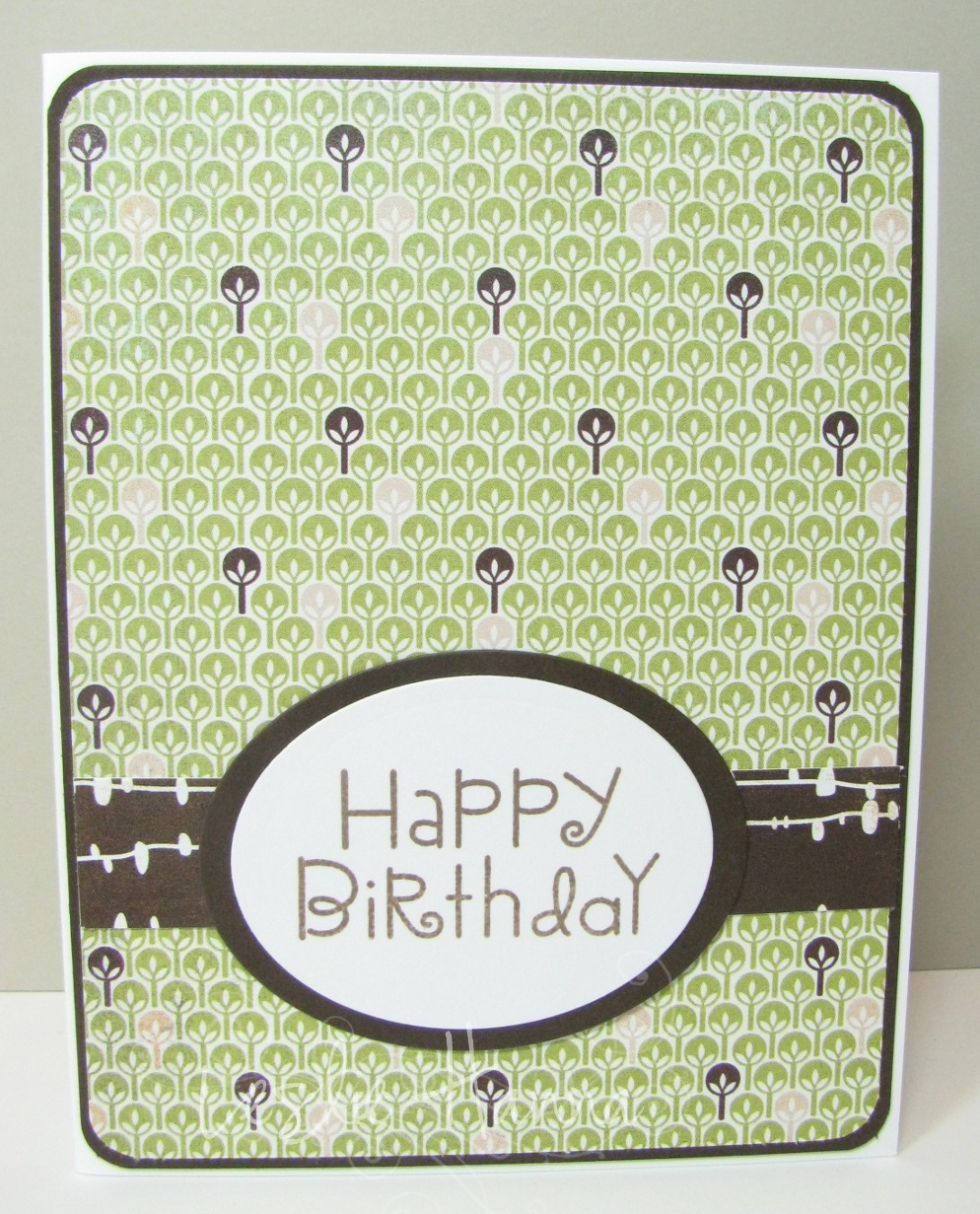 The cool thing about 6x6 papers is when you cut it down to 4" you are left with a 2" strip, which makes the math easy. It also lends itself to doing this: 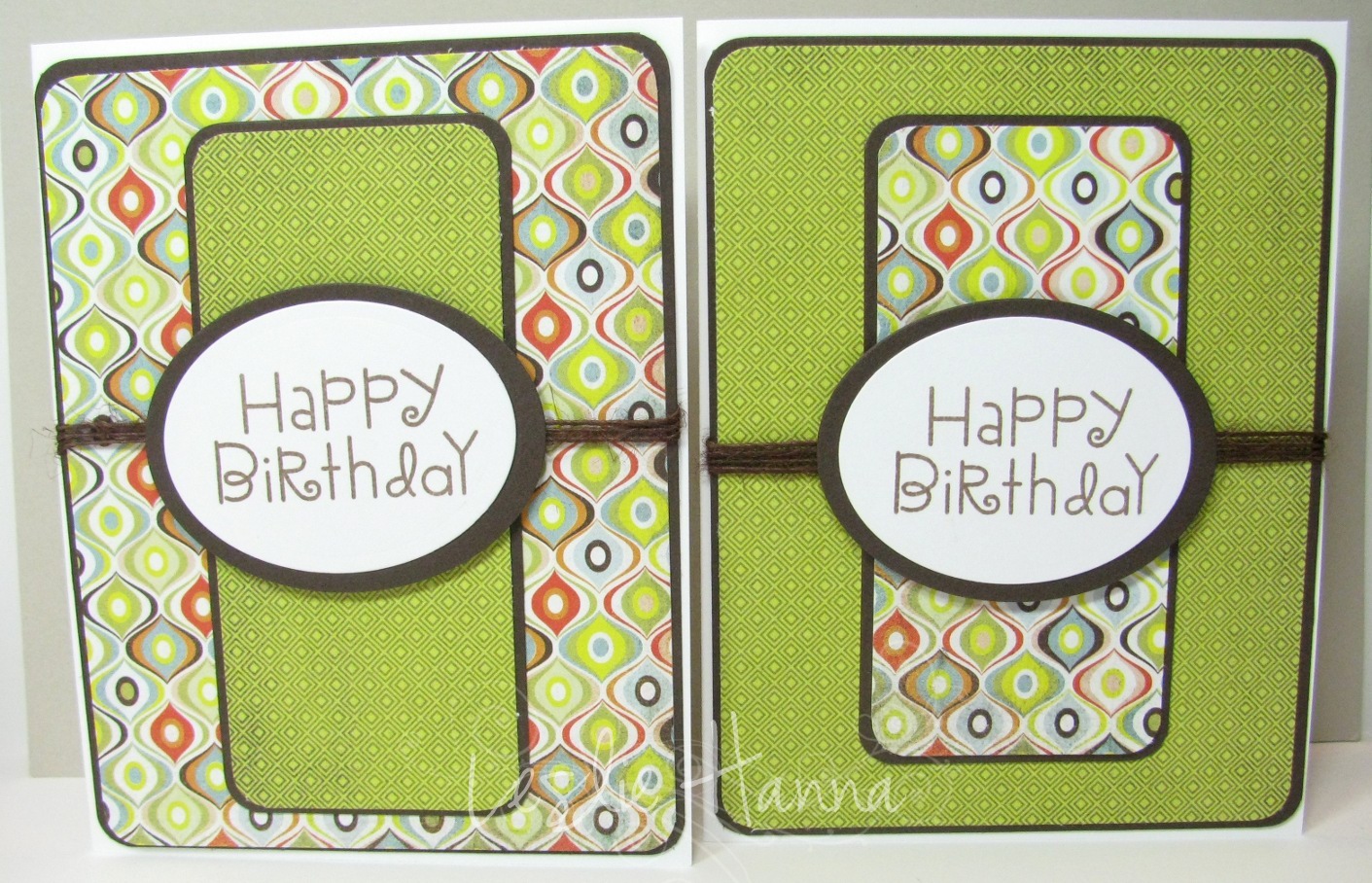 I used the 2" piece from one paper as the center of the other one. I did this several times and it made the process go pretty fast. Also, no two cards were alike!

Here's another one (without its partner, but you get the idea): 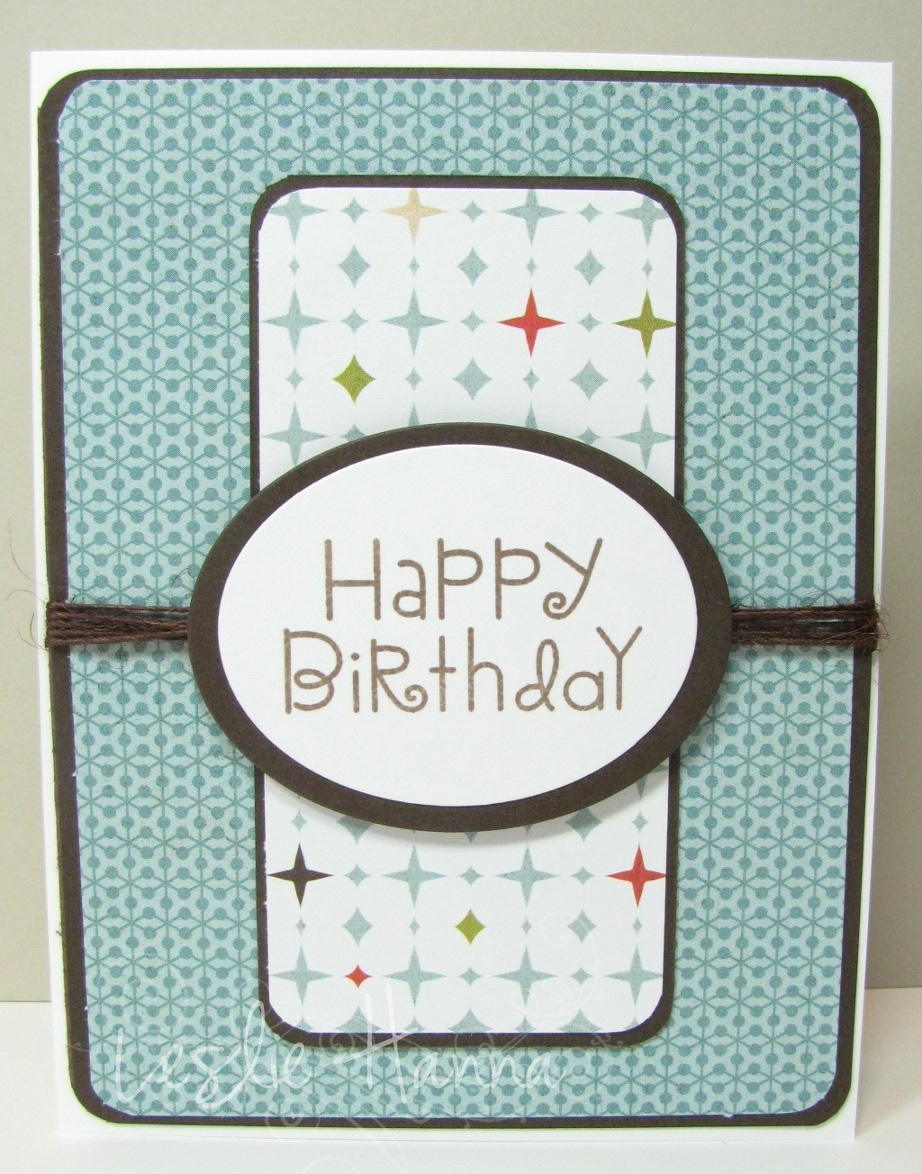 Here are two more where I used just the base paper and a small strip of another for contrast: 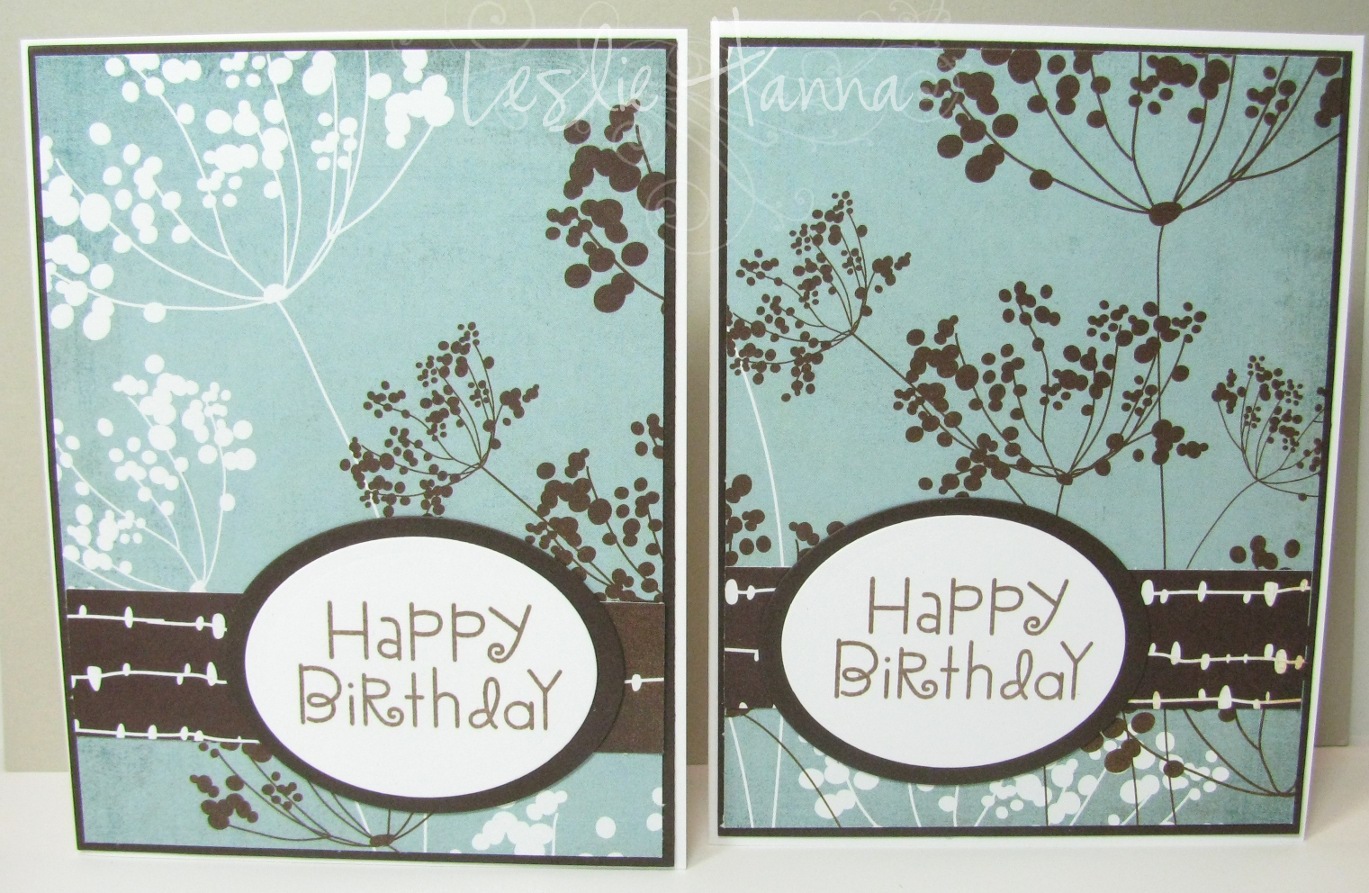 I cut those two at different sides of the paper so they have different looks.

For my next paper pack, I cut the whole thing into strips of varying widths, then matched them up and made my go-to banner cards. Here are a few: 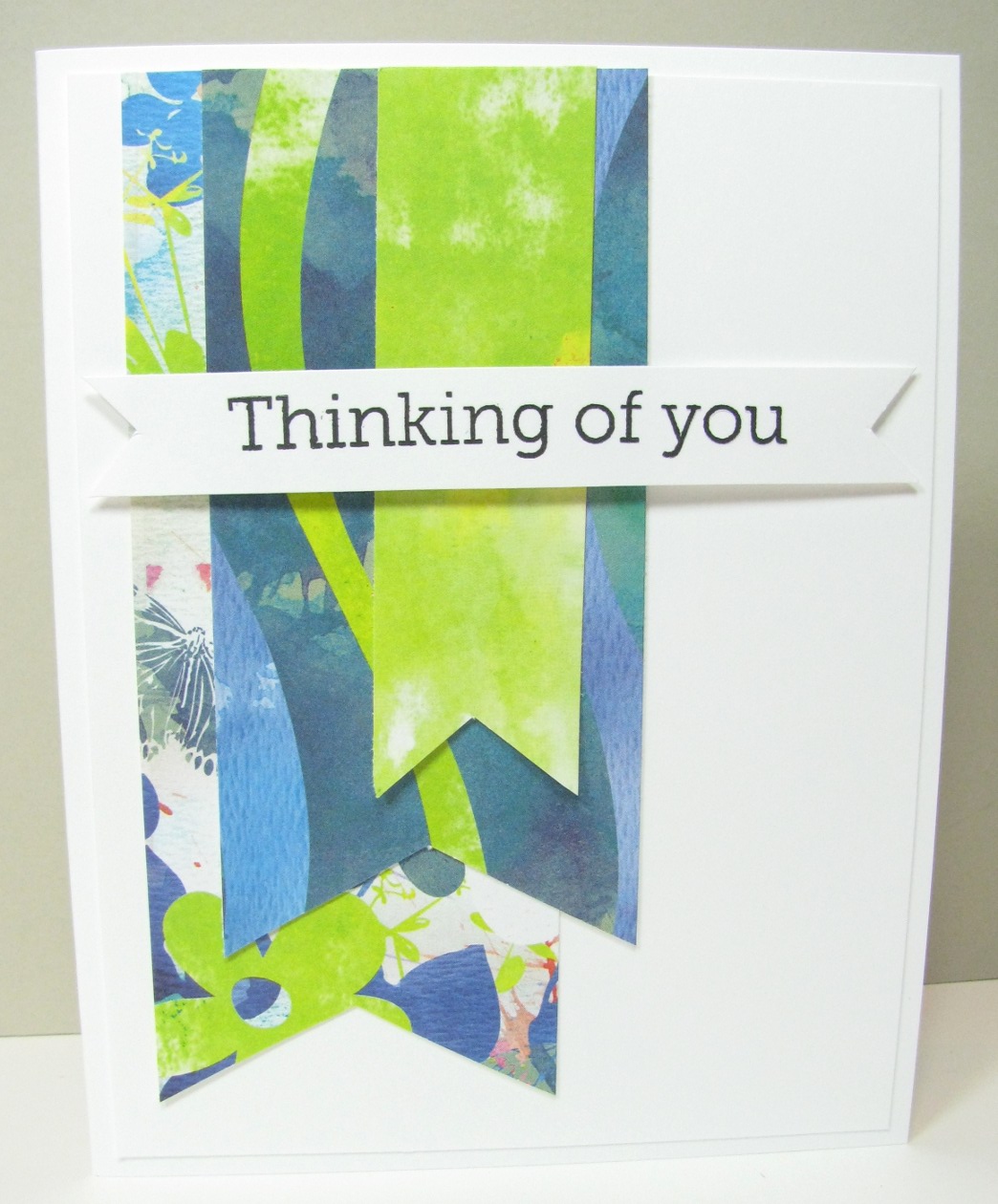 I like the colors in that first one, and for the next one I impressed myself with putting together several busy patterns: 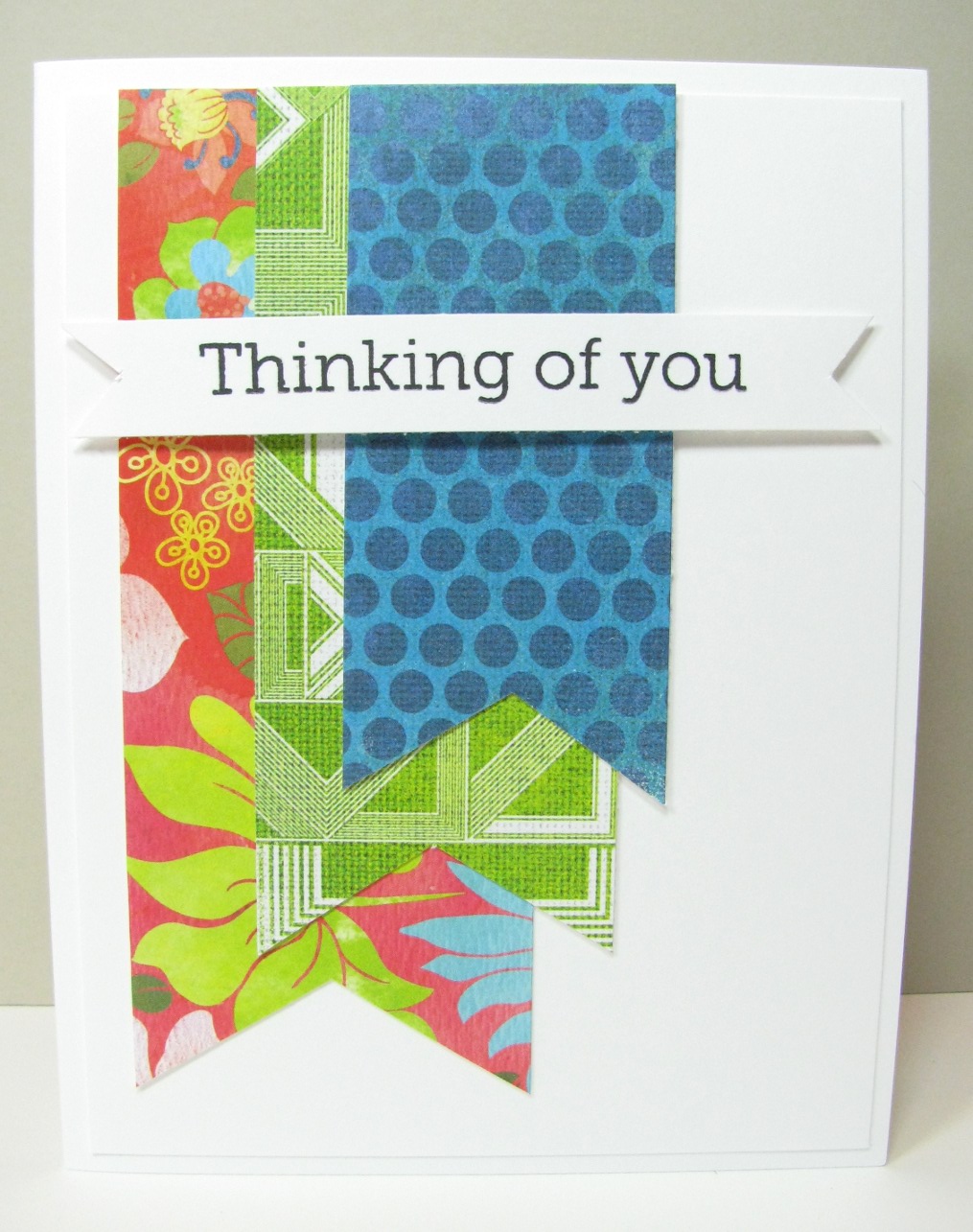 This next one is almost manly: 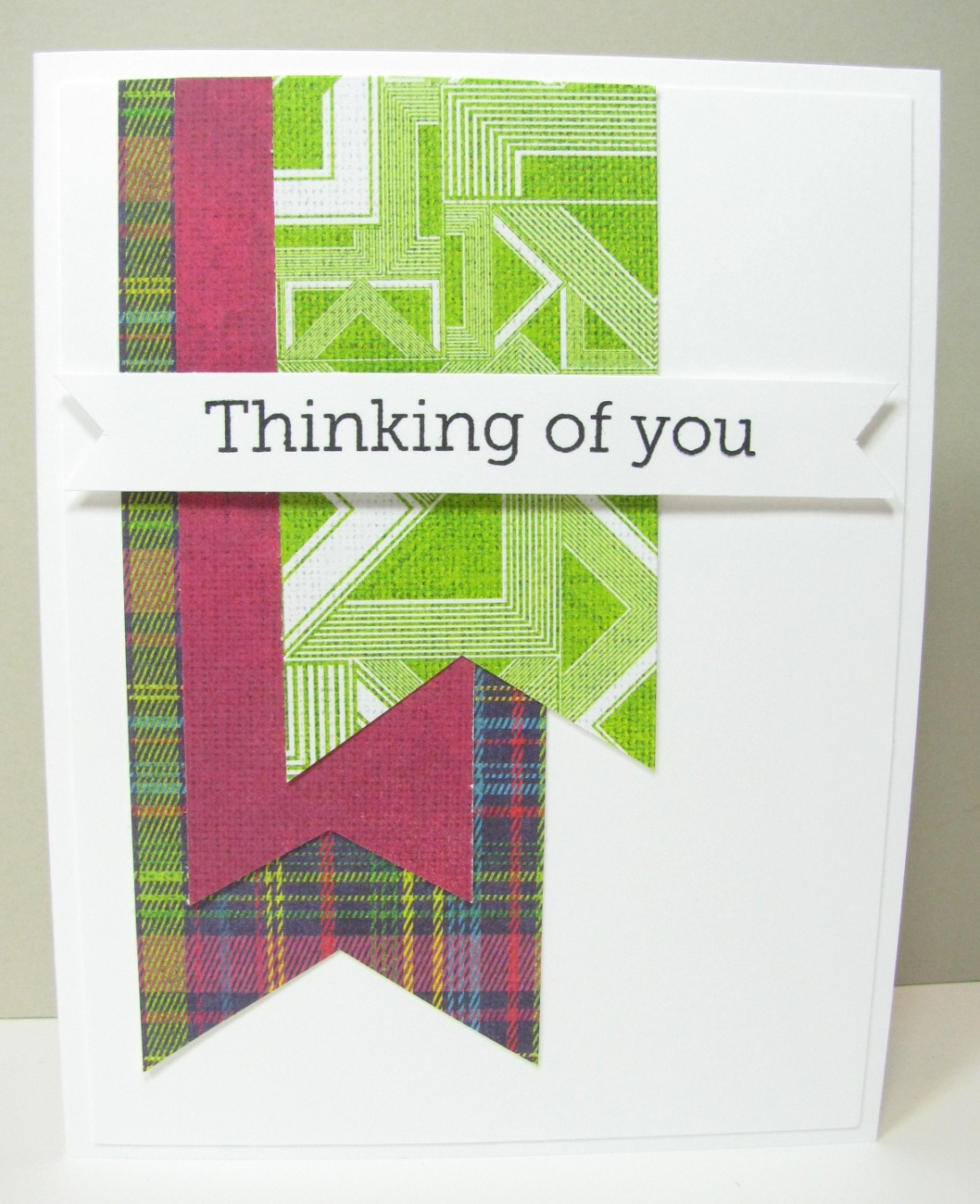 Then I broke out my washi tape packs and made some of my usual diagonal striped panels: 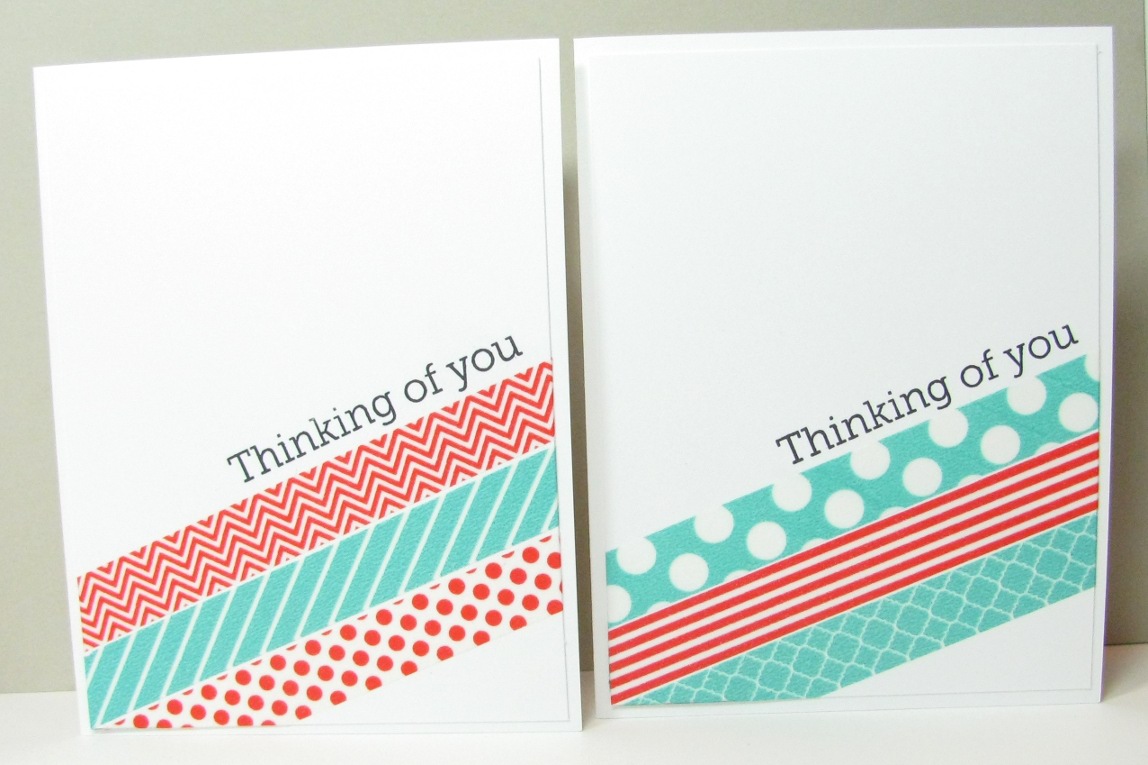 For the next ones I stamped a heart in blue, colored the stripes with a green Spectrum Noir marker, then covered the whole heart in glossy accents: 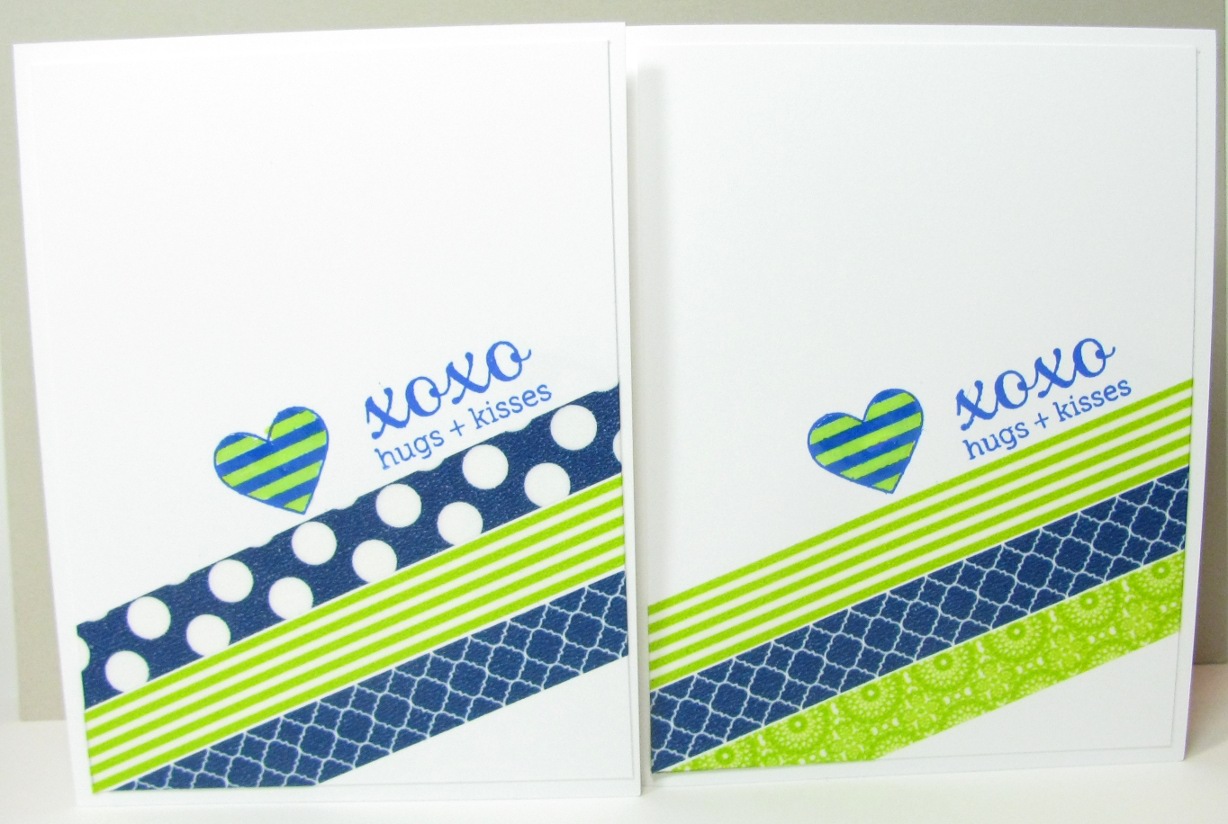 Here are some with red and black: 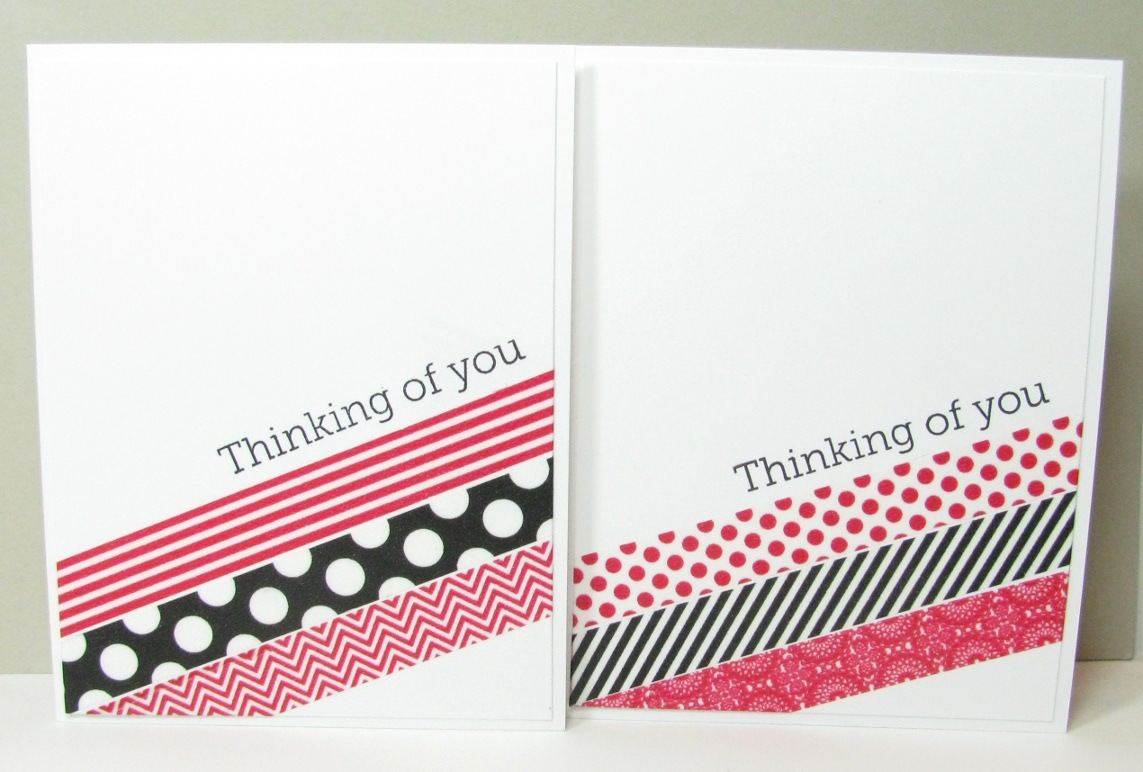 and even one with orange and (gah) pink: 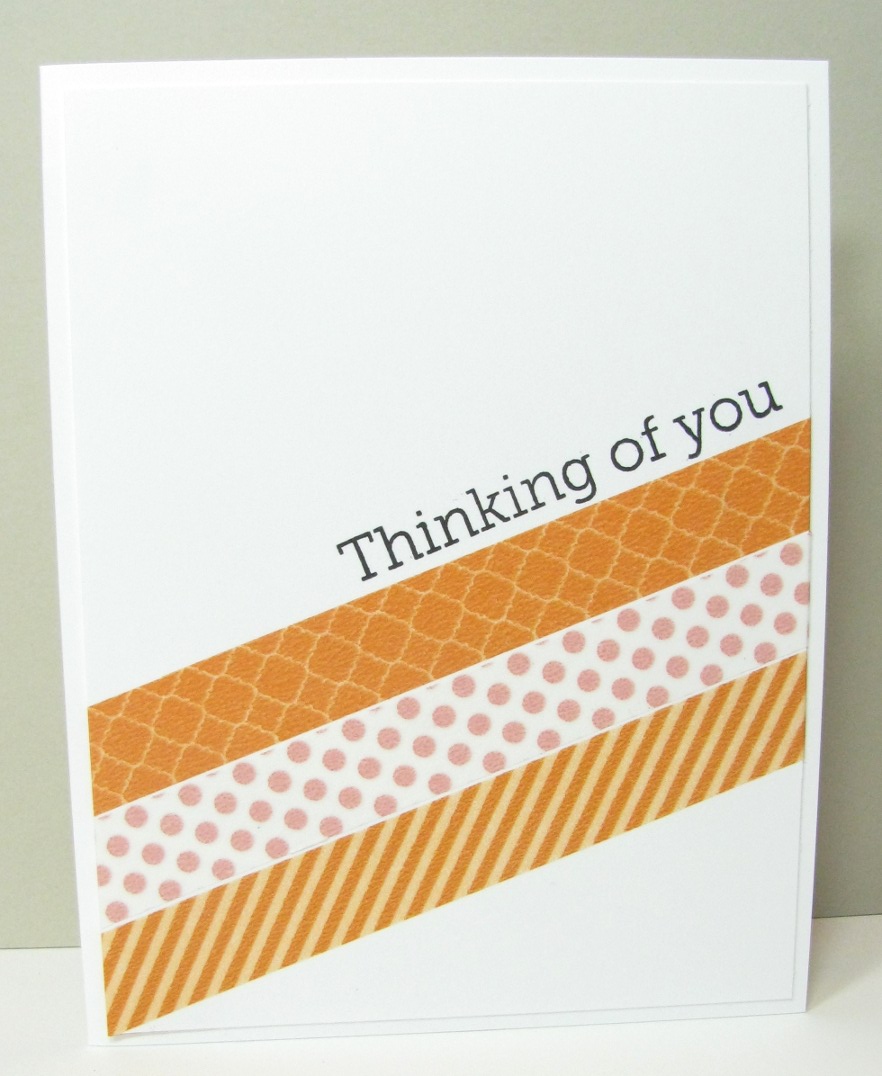 I like using the 4x5.25 panels for washi tape since it lets me wrap the ends around to the back.

Those 50 cards are all tucked into their envelopes and ready to send off to OWH. My box is about half full, so I have some work to do!

I've been neglecting challenges lately, so I've printed off a few sketches to play with this weekend. I hope to be back later with something to share.