I admit it: I've been struggling with my Online Card Class Summer Card Camp 2 homework. I was really good with Week 1, then during Week 2 I made a lot of pretty trash, and here in Week 3 I've made one card (and lots of trash). The classes are FAB-U-LOUS. I'm just having a lot of major FAILS.

I did manage to make one card that is blog-worthy. This one does not follow any of the sketches (shocking, I know!), but it  ... well, here's the card, then I'll explain: 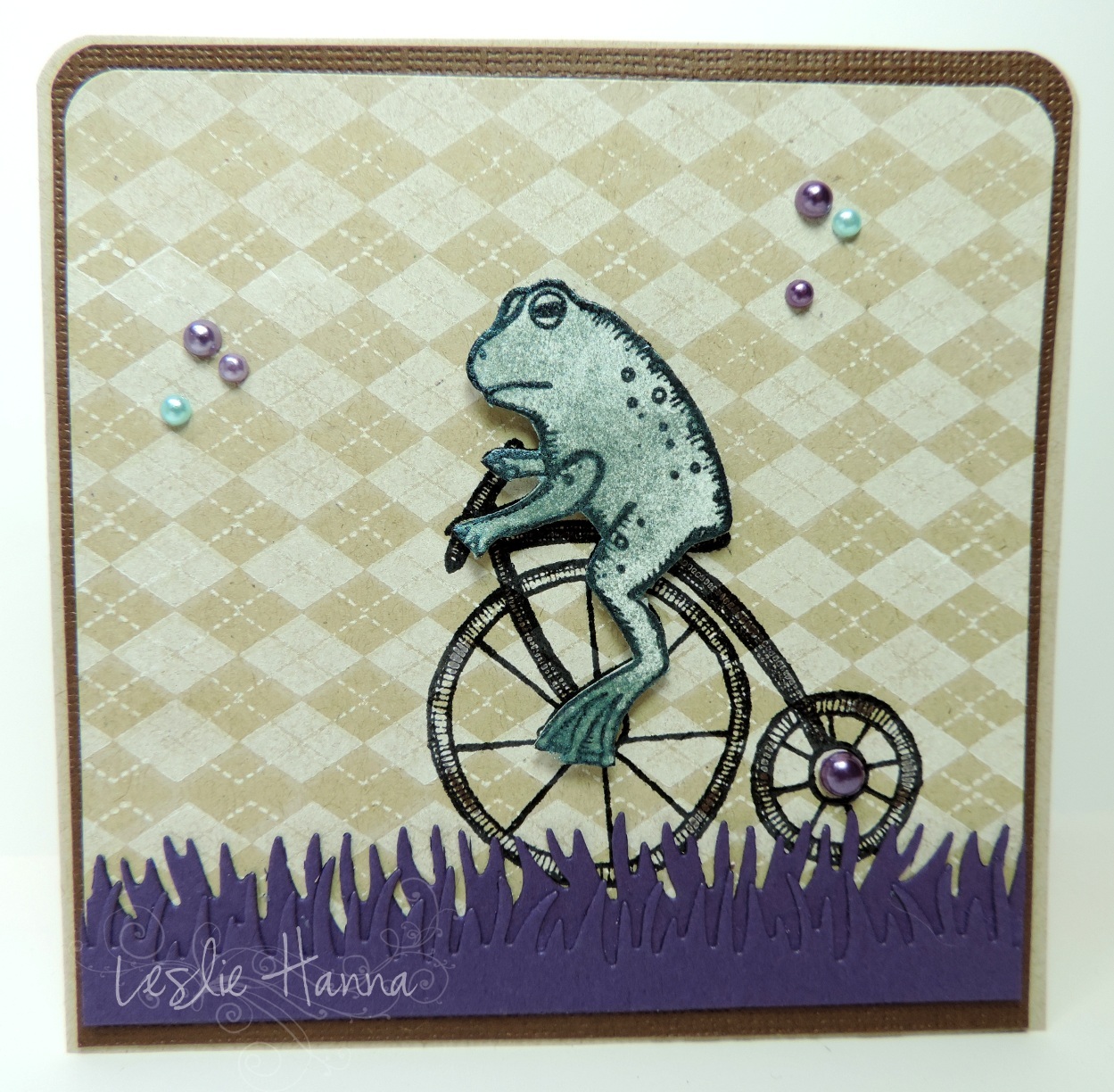 I made the white-on-Kraft background a few nights ago. It survived the pretty trash nightmare. We are supposed to use two browns, two purples and a light blue. Most of you know that purple for me is one step above (gah) pink! The first 5 or 6 failed cards were my attempts to use as little purple as possible. They sukked.

Today I had the idea to take it in another direction and EMBRACE the purple. I also saw this photo of a blue frog:

and I thought hmmmmm, what if I start with a blue frog ... so I did! The frog on the bike is a Stampotique stamp that Libby enabled me to need based on this post. I embossed the bike & frog onto the background and stamped and embossed him again on a scrap of white. I then fussy-cut the white one, covered it with Versamark and dabbed on some Patina Blue Perfect Pearls. It really is blue, even though it looks green. Whatever. I put him on dimensional adhesive over the frog stamped on the base.

I was going to color the bike brown for the dark brown color in the color combination, but the first thing I did was color part of the front tire. FAIL! So he's been riding in the mud, maybe on the C&O Canal along the Potomac. That thing is a quagmire after it rains.I still colored his bike brown, but I made his tires muddy, too. I totally meant to do that.

Here's my attempt to show you some of the shimmer on the little guy: 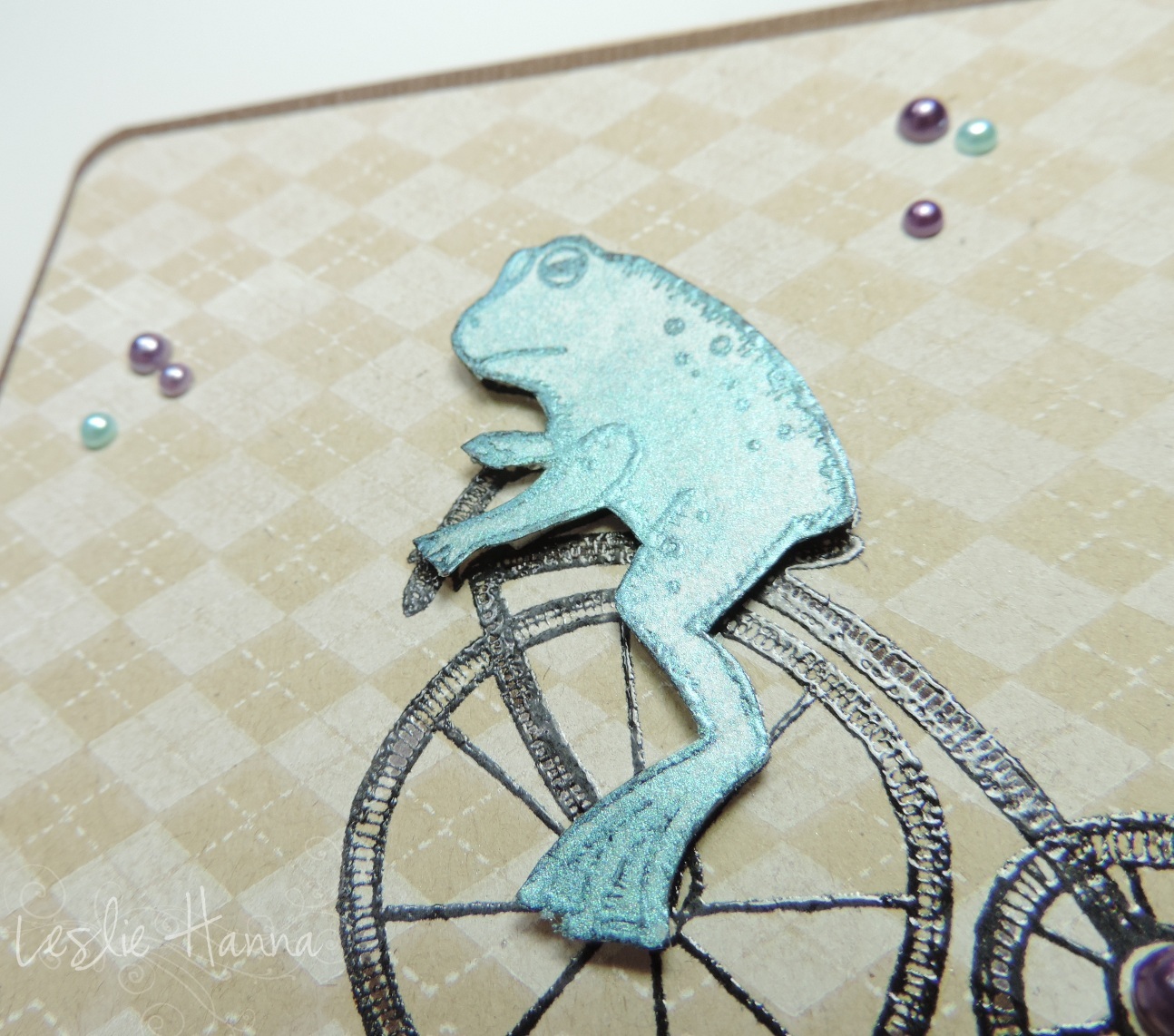 He's quite a handsome fellow.

I also added a layer of dark brown under the Kraft background, and put it on a 4 1/4" square base. No sentiment, mostly because I forgot, but I don't think he really needs one. I can add a speech bubble later, if I feel like it.

I love all the techniques in class, and I'm sure I'll use them eventually. Maybe I'm too old for homework. Yeah, that's it! heh heh

Thanks for stopping by!
Posted by Leslie Hanna at 6:48 PM