A loooooooong time ago, back in the dark ages, when computers were still big honkin' rooms-full of machinery; when all we had were dumb terminals, and before the Tandy Corporation made PCs, and we wrote on paper, there was a thing going around called a round tuit. They were circular cardboard "coins" you could give someone who just never got around to doing something.  Some days you'd find a round tuit on your desk, and you knew you'd been busted.

About 10 years ago I made some cheesy round tuits for a card, but with all the higher technology we have today, I thought I'd give it another try.  This is what came out: 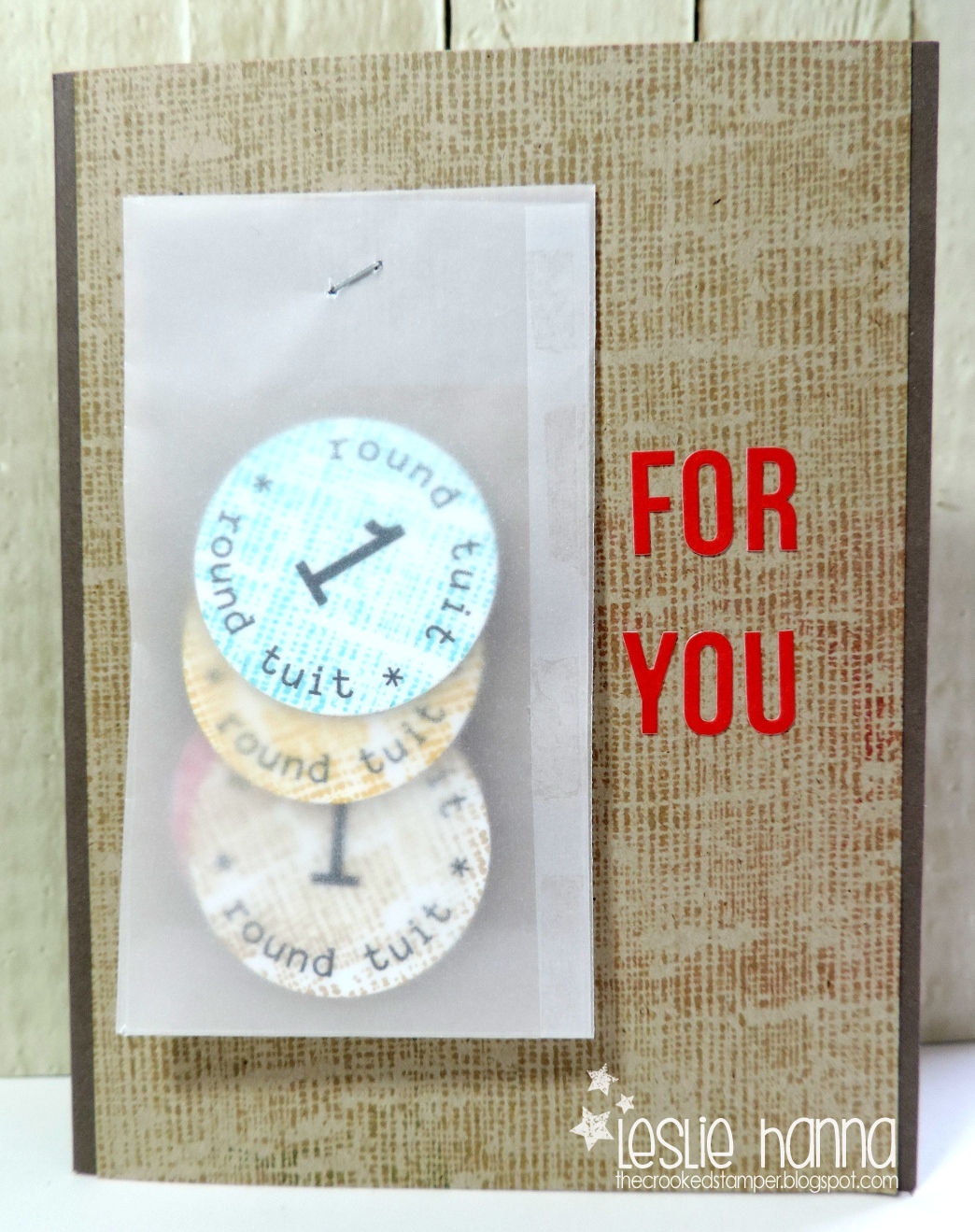 I started with the tuits, because what's the point of making a card if I failed with the tuits, right? After several false starts, I finally succeeded with drawing them in the Silhouette Cameo Design software. It took a while, and I had to watch several videos, but I finally got it. I printed them out (no cutting), then die-cut them along with some scrap chipboard.

I stamped the circles with the CHF Canvas Backgrounder in four different colors of ink, then used multi medium to stick them on to the chipboard. There are two on each piece of chipboard so the fronts and backs are the same.

Then I set out to make a clear envelope. You'd think with all the s-crap I have, I'd own glassine envelopes, or at least a similar die, right? Well, no. I don't use them so why would I have them? I actually do have an SU die that's close (bought in my Good Demo days), but it was too big. I finally made this one out of vellum, and just ... made it up. I did! I also used some new-to-me (but I've had it forever) vellum adhesive. I've always detested that stuff, but I thought I'd give this version a try here. We'll see how it holds up over time.

I put my four completed round tuits into the bag and stapled it to the stamped panel. A few sticky letters for the sentiment, and done!

I think I'll put this into the basket at the coffee shop and see if it sells. I'll get back with you on that one.