The current OWH Midweek Throwdown is to make a Missing You kid card. As a bonus challenge they asked us to use a Mama Elephant OWH set that I don't have, so I used a Hero Arts OWH set instead.

I was working on my sketch cards for ABNH for next week, and this card was perfect, but it was missing an element I needed, so it got set aside. Poor thing. Here's the card, then I'll explain: 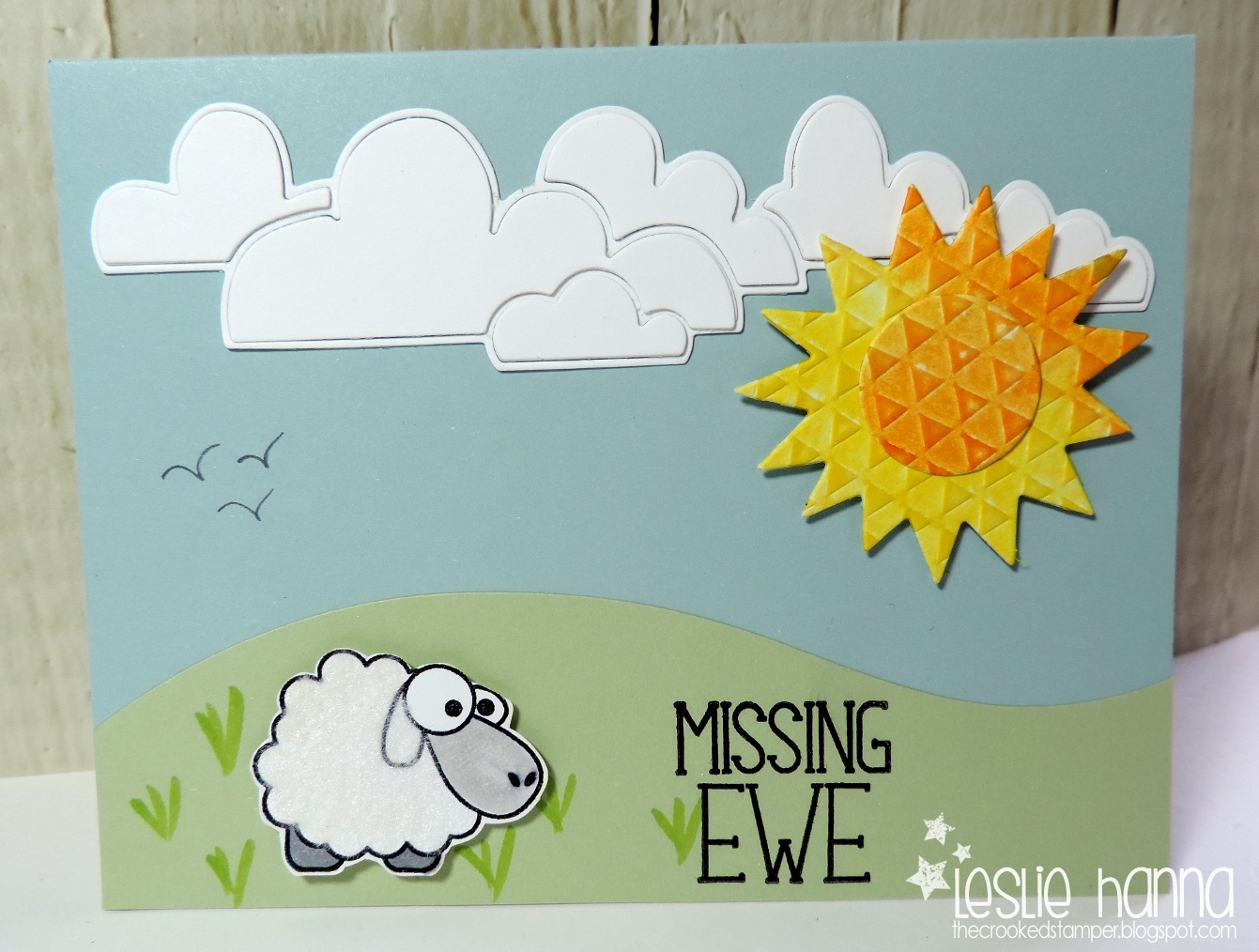 It looks fine, right? And it is, just not for my ABNH post. Consider this a sneak peek of next week's sketch post. :)

I took my now-opened Simon Says Stamp Cloud Bank die and cut it three times out of white. One strip was stuck down intact, then I added two more layers of the clouds without the outline part, so the clouds look dimensional.  This wasn't my idea; I borrowed it from (I think) one of the Simon Says Stamp gals, because it's a fabulous look!

The sun was die-cut from a discarded piece of colored and embossed card stock, the result of me playing with inking up embossing folders. I held onto them even though I disliked the results, and now I got to cut one up for suns. Go, me! 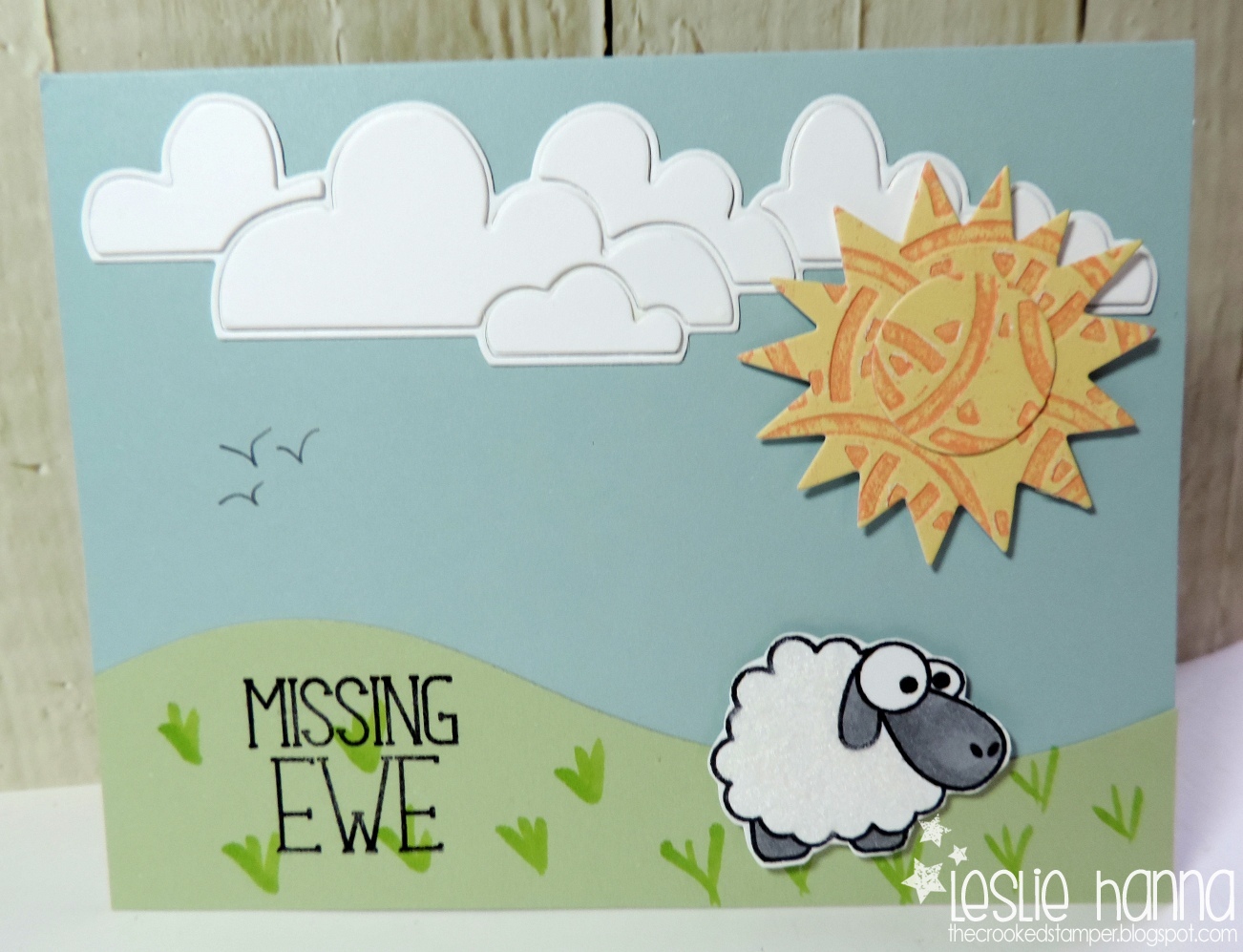 Same thing, just a different piece of failed experiment for the die-cut sun. Also, the green hill slopes differently than the first card, and the sheep is on the other side. Also also, this sheep has his ear colored instead of flocked (though the rest of him was flocked), and his nose/face is darker. But other than that, the cards are exactly the same. ;/

So that's my two Missing You kid cards for the OWH Midweek Throwdown. Why not play along?

Stuff I used: SU white flock, SU 2-way glue pen, stylus (to push the flock away from the ear outline line), scrap of green paper (not even card stock), and the following: