The current Jingle Belles challenge is called A Christmas Story, and we're to "base our cards on one of the many wonderful holiday books we all adored in childhood ... [including] the films and television specials which have become beloved over the years."

I love it when I read a challenge and I immediately know which stamp I'll use. :) I just made this: 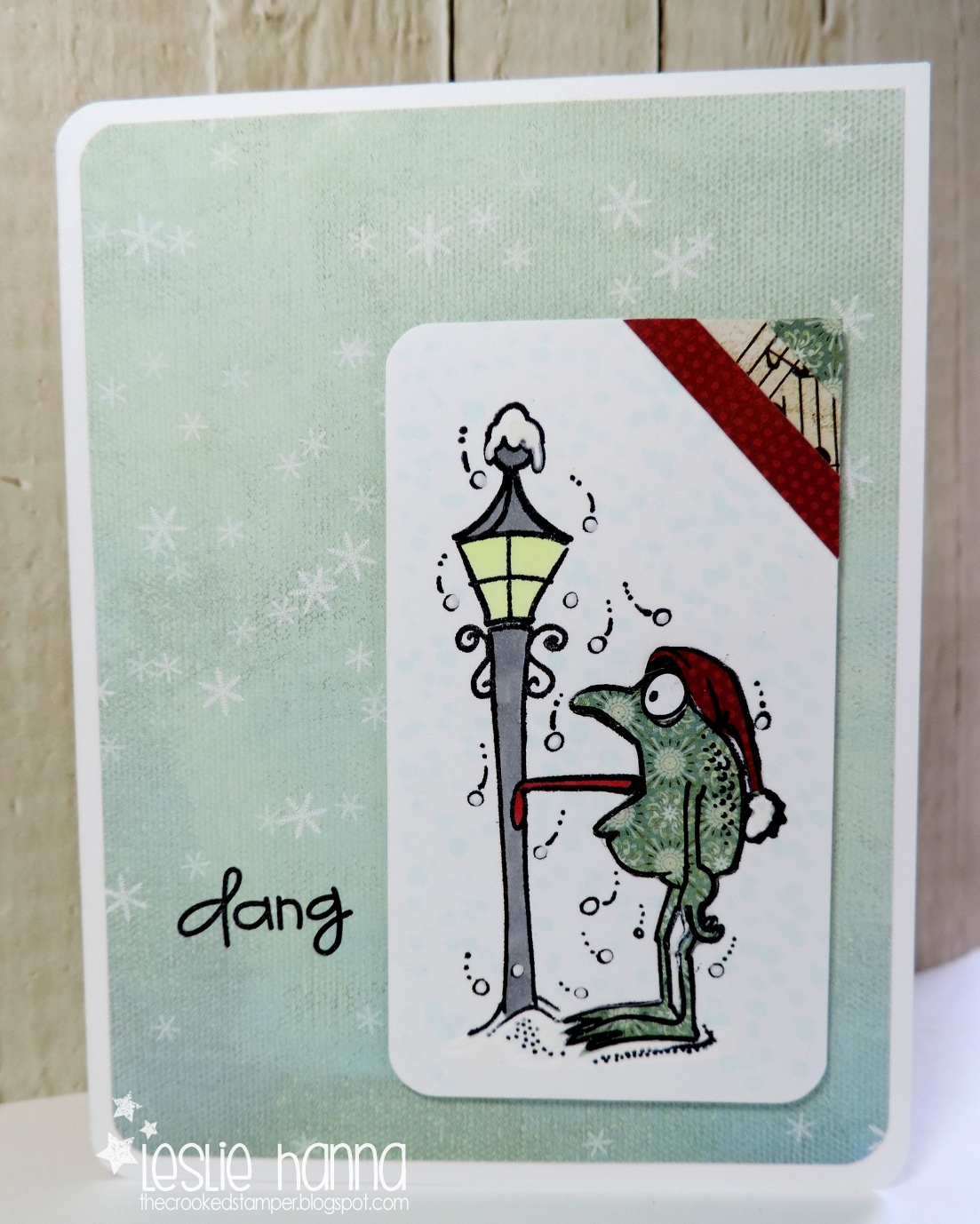 Although I don't think I ever watched A Christmas Story, I know the one thing that people remember from that movie, and this frog is IT, man.  I paper pieced him since I'm not good at coloring (and no, in my case practice hasn't helped, at least not yet). Since his face was green, I also stamped and cut out a white eyeball and stuck it on with a mini glue dot so it's a little raised up, for effect, you know. :)

That top right corner of the white panel was a happy accident. Let's just say I had an opportunity to save the corner, so I added thin strips of papers and cut that corner square, where the others are rounded. The happy accident is it gives a pop of color somewhere else on the card and ties in with the red hat.

I colored the sky with lots and lots of dots from my B0000 Copic, and the snowflakes, snow and white ball on his cap were colored with my Souffle pen. You can kinda see it here: 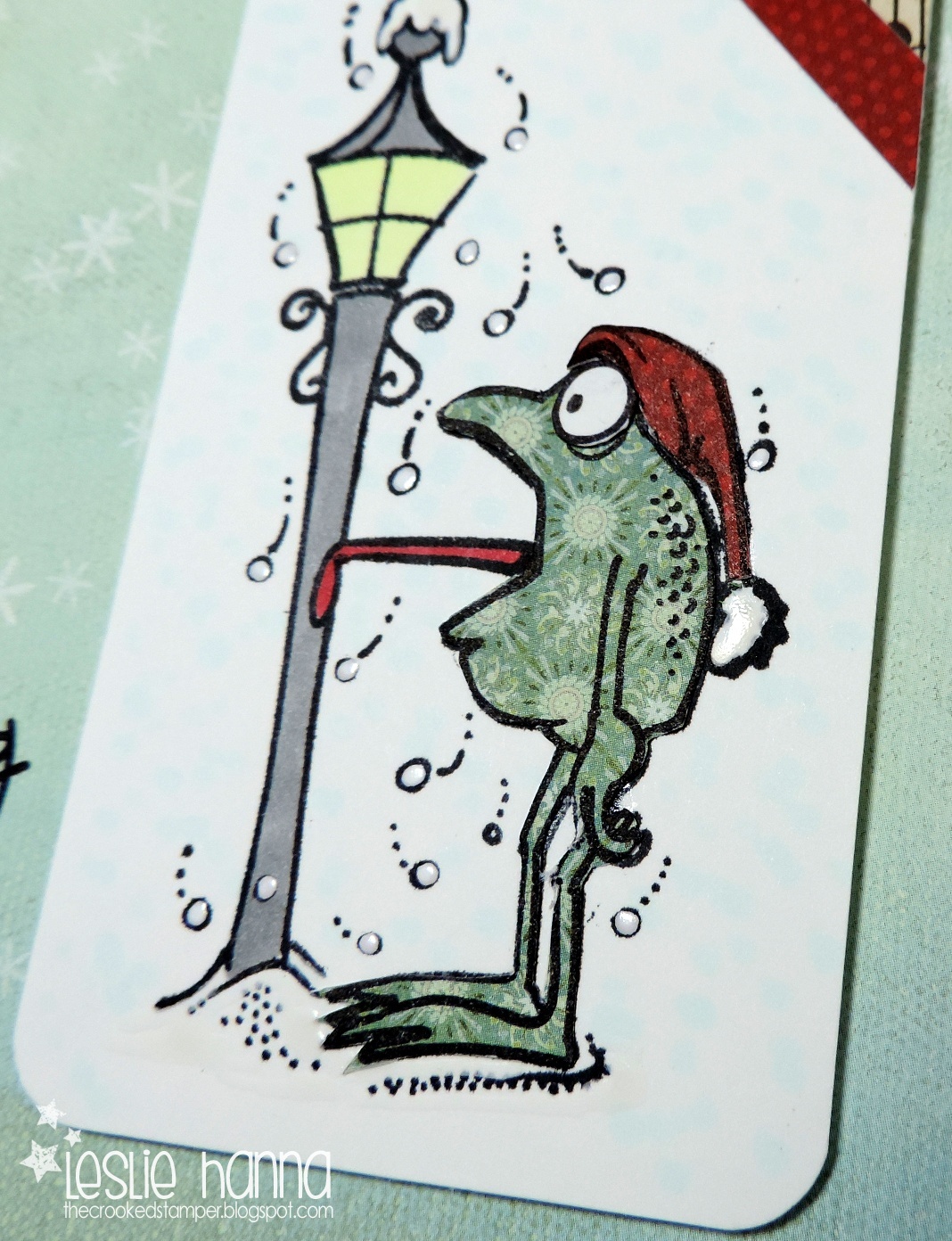 As for the sentiment ... that might have been the toughest decision. I tried several holiday sentiments, but ended up with "dang". I think it says it all. :)