One of the cards I've recently stored in my grey matter to CASE is this one by my pal Heather Ruwe:

That idea was sitting there, percolating, as I was surrounded by my stampy friends this weekend, trying to get some of their mojo to rub off on me. I also blurfed for even more inspiration. I needed a lot.

When I saw the current Little Tangles  Challenge:

and one of the cards was Heather's card that I already wanted to CASE, well, what was I do to but play along? :) Here's the card I created: 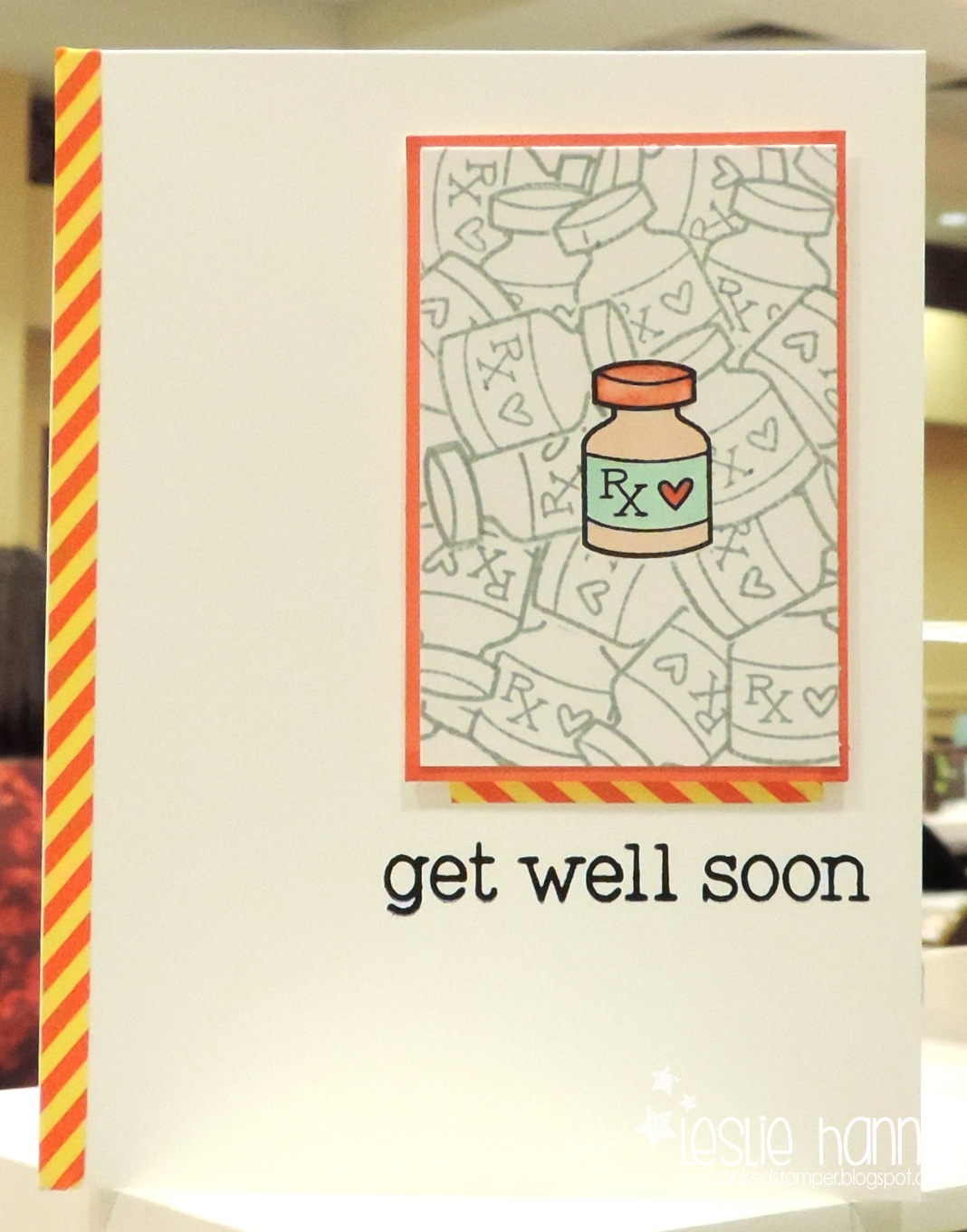 Sorry about the glare at the bottom. We're in a large meeting room with not-the-best lighting. ;/

I stamped the main image first, since I wanted it to be in the front, then I masked it and began stamping the other images to overlap each other. I eventually had made four masks. Probably could have used five, but I was lazy.

I colored the edges of a second piece of card stock with a Copic to make the layer match the top of the Rx bottle. The orange stripe in the washi tape was a close match to the Copic-colored layer, and also the card seemed boring without something.

I've actually made a few more cards, but I've been too busy chatting and eating to post them. I shall share them throughout the week, as I doubt I'll unpack before next weekend. I'm having some cabinets installed in two of my bedrooms (one of which is my craft room), and I'll need to clear it out. Unpacking just doesn't seem like it fits into that plan very well.

Stuff I used: MT washi tape, and the following: