One of the fun things about a crafty retreat with a lot of people: if you get behind on a project you wanted to give to someone at the retreat, you can work on it there and no one will be the wiser. That happened to me last year, when a friend worked on a project for days, then ended up giving it to ME!

Anyway, I had a couple of gifts that I needed Thank You cards for, so I made two of these: 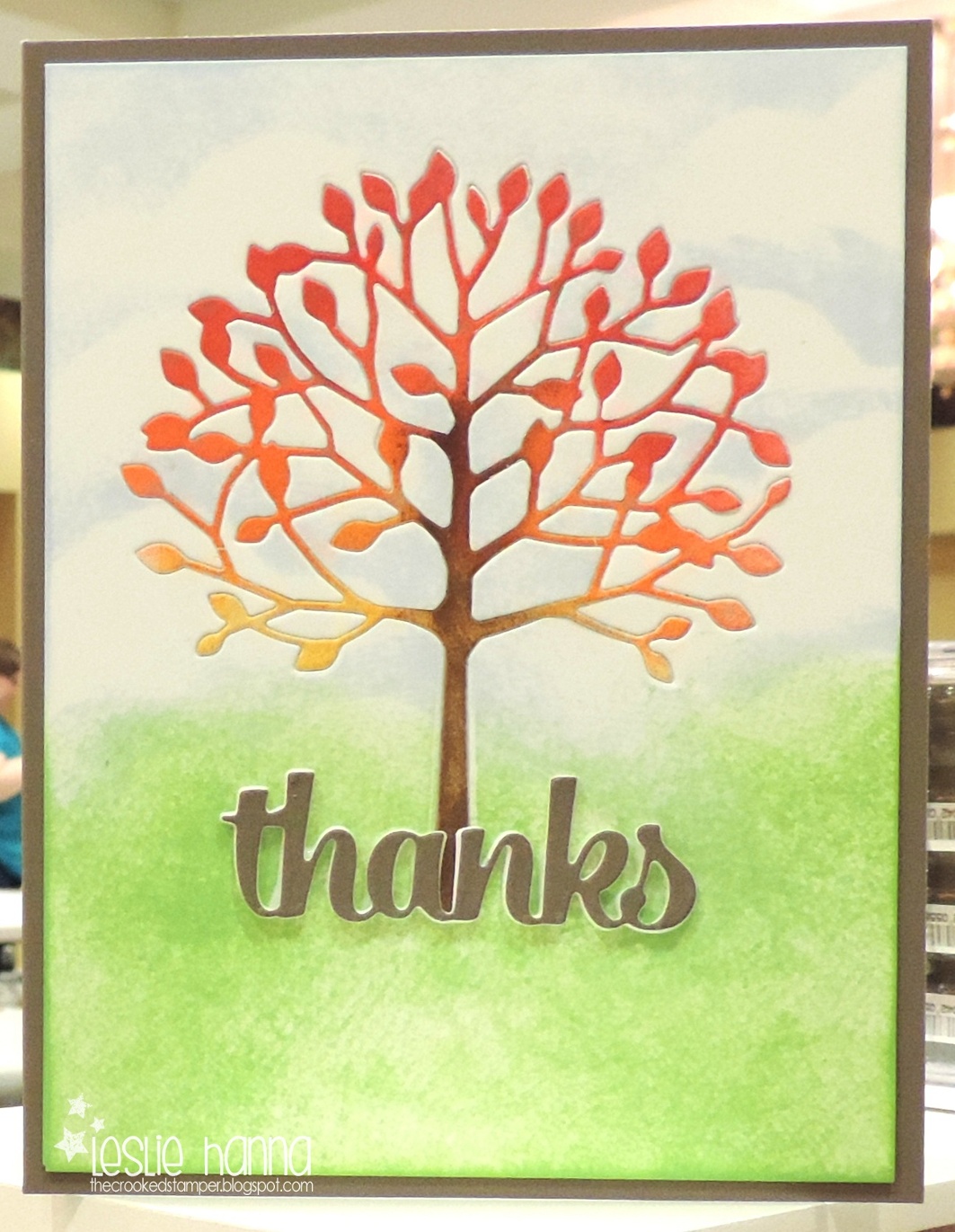 I remembered to bring the tree die, but guess what I forgot ... my crafty sponge. If the clouds and grass look a bit more, er ... textured it's because I used a paper towel to ink them.

The second one was a little easier.

I put them both onto Hero Arts Mocha (I think) card bases, then die-cut the Thanks from another card base that was sacrificed because it matched. I also cut several Thanks from white so I could layer them for some heft, glued them all together, and called it a day.

Well, no, not really. We realized that none of us brought envelopes with us, but never fear! I did bring an envelope maker! I took a piece of Neenah Solar Linen white card stock since it's a little thinner than the regular Neenah Solar White card stock, and played with the Envelope Punch Board that I've used maybe once, and I made envelopes for my cards. Wheee!

PS: I was so discombobulated by these antics that I forgot to add in my standard birds! Oops.