The new Simon Says Stamp Cold Hands, Warm Heart release is LIVE! So many fun sets for making your Winter cards this season. Check out all the goodness here.

Here's the sneak peek I posted on Instagram last week: 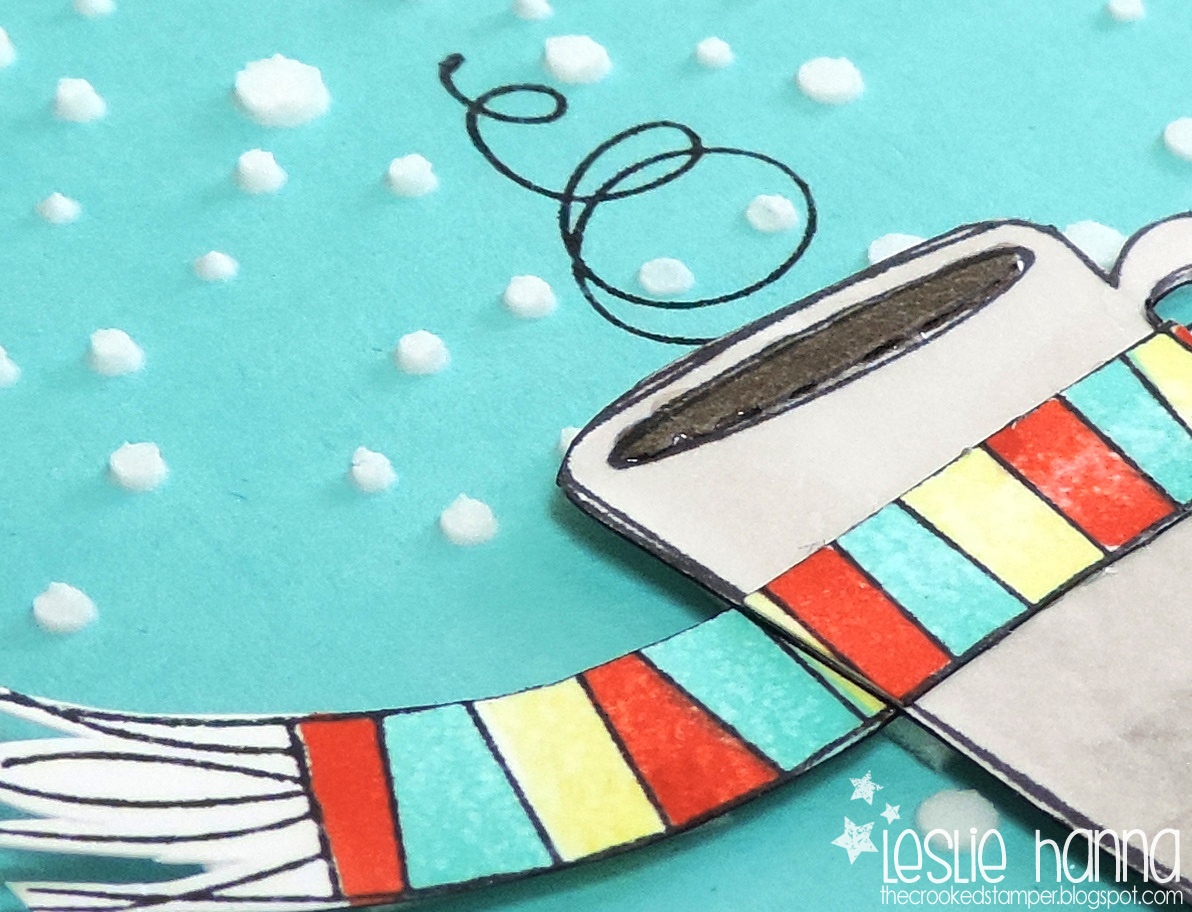 and the full reveal of my card: 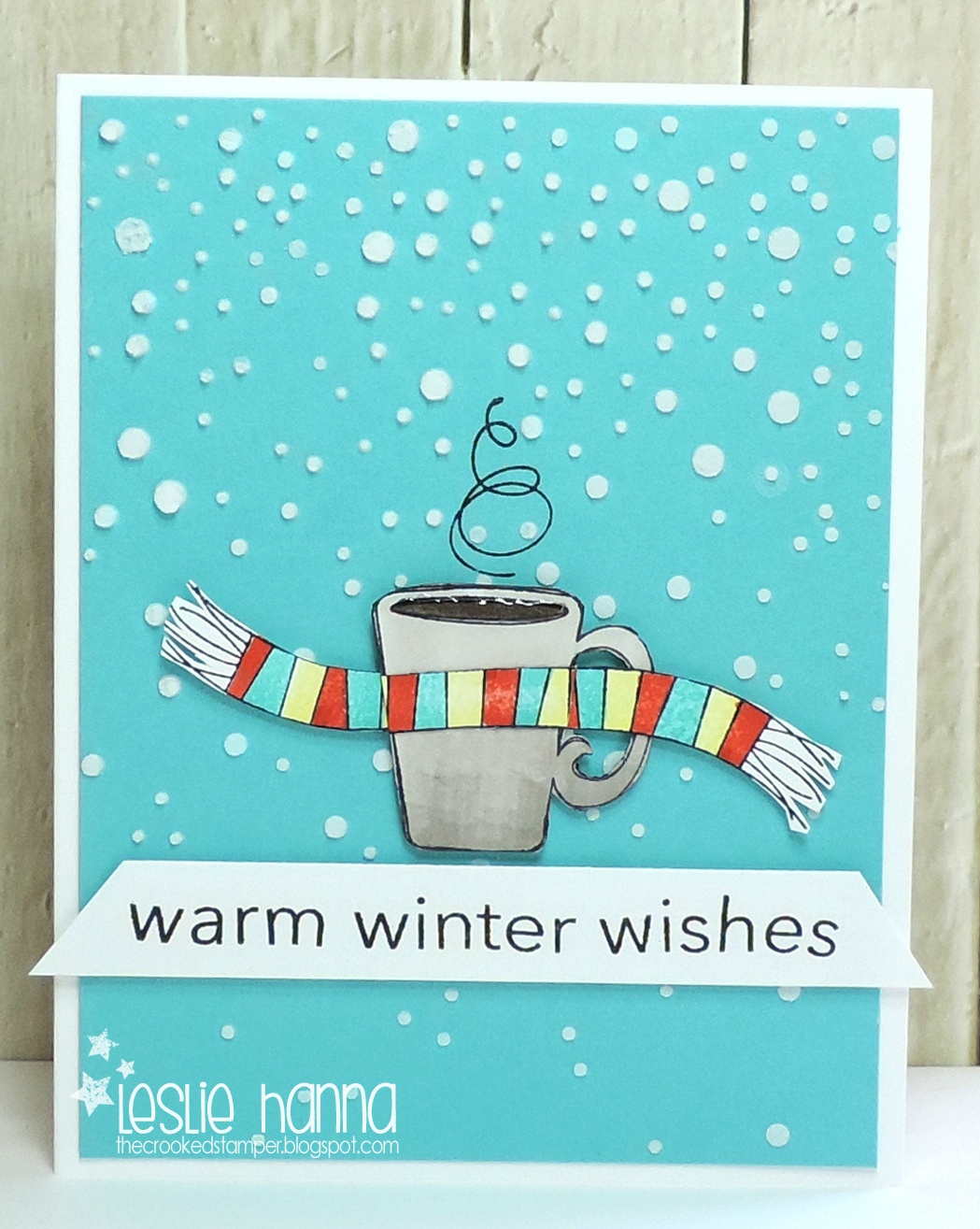 I used the mug, steam, scarf, and sentiment images from the Winter Warmth stamp set.

To make this, I first used some white embossing paste with the Simon Says Stamp Falling Snow stencil over some Audrey Blue card stock. While that dried, I colored and cut out the mug and scarf from the set (I don't have the matching dies). I stuck the scarf to the front of the mug, then trimmed it to the mug's edges. I took the two ends and tucked them behind the mug in an attempt to make it look like the scarf was wrapped around the mug.

Oh, the sentiment. You know how some people take a straight sentiment and bend it to their will to make a shape? Well, I bent this one to my will by straightening it. That explains why a few of the letters are a bit wonky.

So, I think you should go check out the new release. While you're at it, take some time to hop along with the Simon crew and see what amazing projects they've made. I'll bet you'll find at least one set you NEED.

Stuff I used: Red, Yellow, Blue, Green, and various grey Copics whose numbers are written down at home and I'm on the road ;/ will update later  --- and the following: