A Swing and A Miss

No, there's no baseball here, but that title is a perfect explanation of what happened with this card. I'll explain in a moment.

Earlier today, while in the craft room annex (also known as the third bedroom), I found a Hero Arts stamp set and matching dies, just sitting on the desk. I can only think they were discovered in a round of unpacking and never got further than that particular horizontal surface.  I decided to use them so I could put them away.

This card started out with the current OWH sketch challenge: 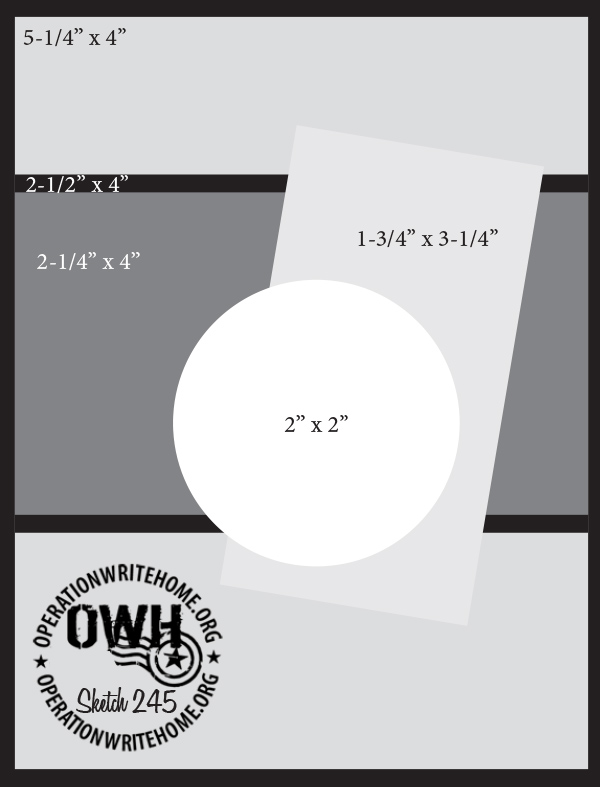 I thought I'd use the butterfly from the "found" stamp set for the circle element in the sketch.

For colors, I used in the current Simon Says Stamp Color Coordinates Recipe: 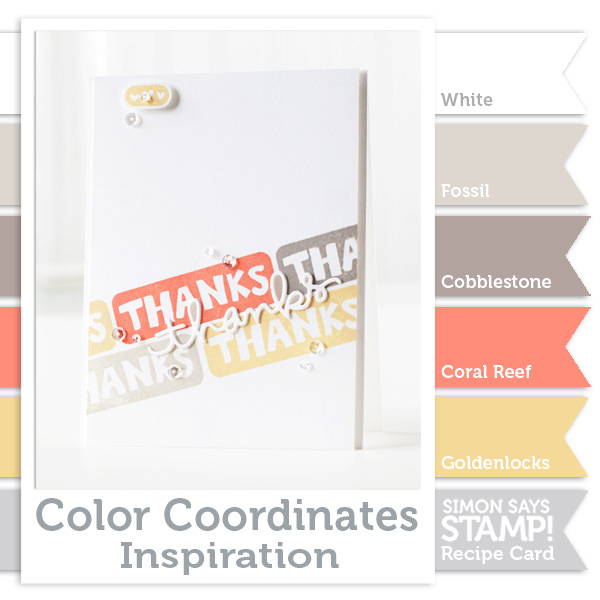 And this is what came out: 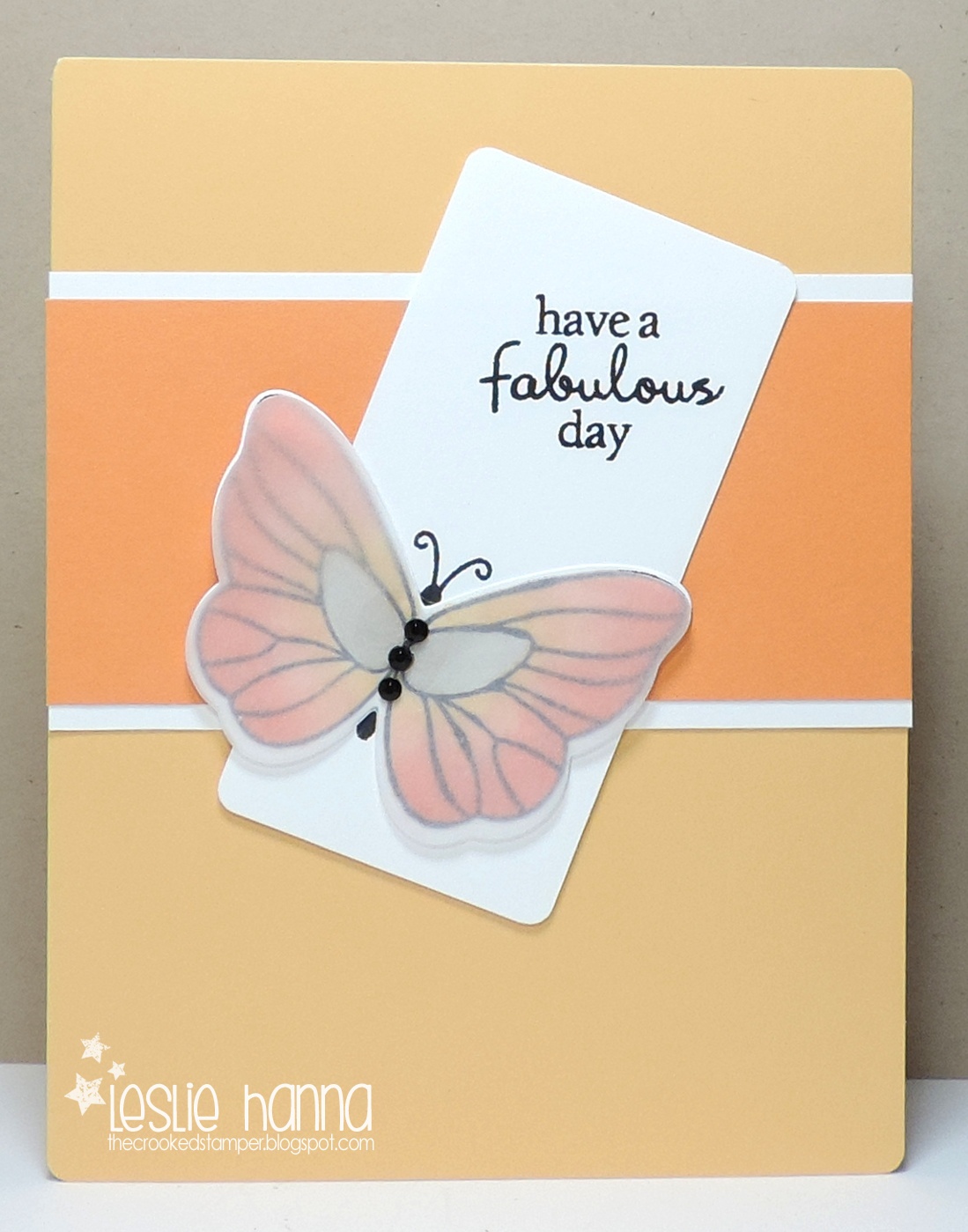 I stamped the butterfly in Memento Black and colored it with Copics, whose colors mostly followed the SSS recipe. I die-cut the colored butterfly, and another one out of vellum. I don't know what possessed me to want to do that, but it was the source of all The Trouble.

I hacked up an orange Hero Arts folded note card to make the strip across the card front, and put it onto a piece of white for a little contrast, and to match the sketch. I cut a remnant of white for the angled panel, held the butterfly over the spot I wanted to stick it so I knew where to stamp the sentiment, and stamped the sentiment.

Now, about that butterfly. Did I stick on the vellum layer with mini glue dots? Noooooo, I wasn't that smart. I thought I'd use a few drops of Glossy Accents. Please don't be like me -- that was so dumb. As soon as I stuck the vellum to the card stock, the glue squished and made quite a mess. Just look at this: 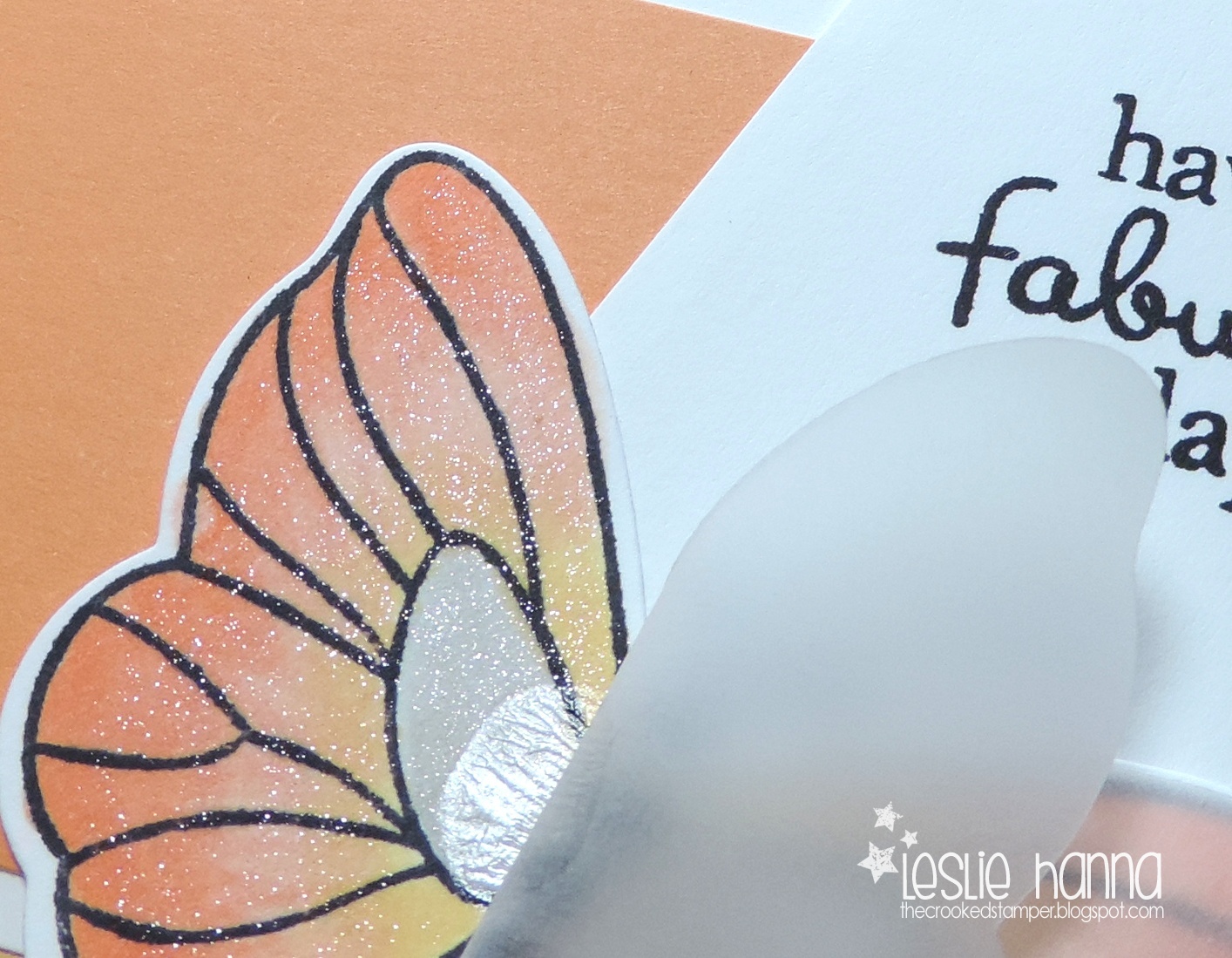 Do you see that blob? Yeah, that's dried Glossy Accents. I thought I'd cover it up with Wink of Stella, and you'd be so blinded by the shiny that you wouldn't see the blob, but I was wrong; it didn't work. Also, you can't send cards to OWH if you use glitter. That's the "miss" part of "swing and miss". Dang.

So if you don't look too closely at the flat vellum butterfly, it looks pretty much okay. I'm so sad I made this for OWH and now I can't send it to them. I suppose I could cover the whole thing with Versamark and emboss it to seal it, but ... that sounds like work. I think next time I'll think before I glue.