It's Tuesday, and time for a new challenge at Shopping Our Stash. This week's theme is Red Alert, and we'd like you to use red as the primary color on your project.

Here's what I've made: 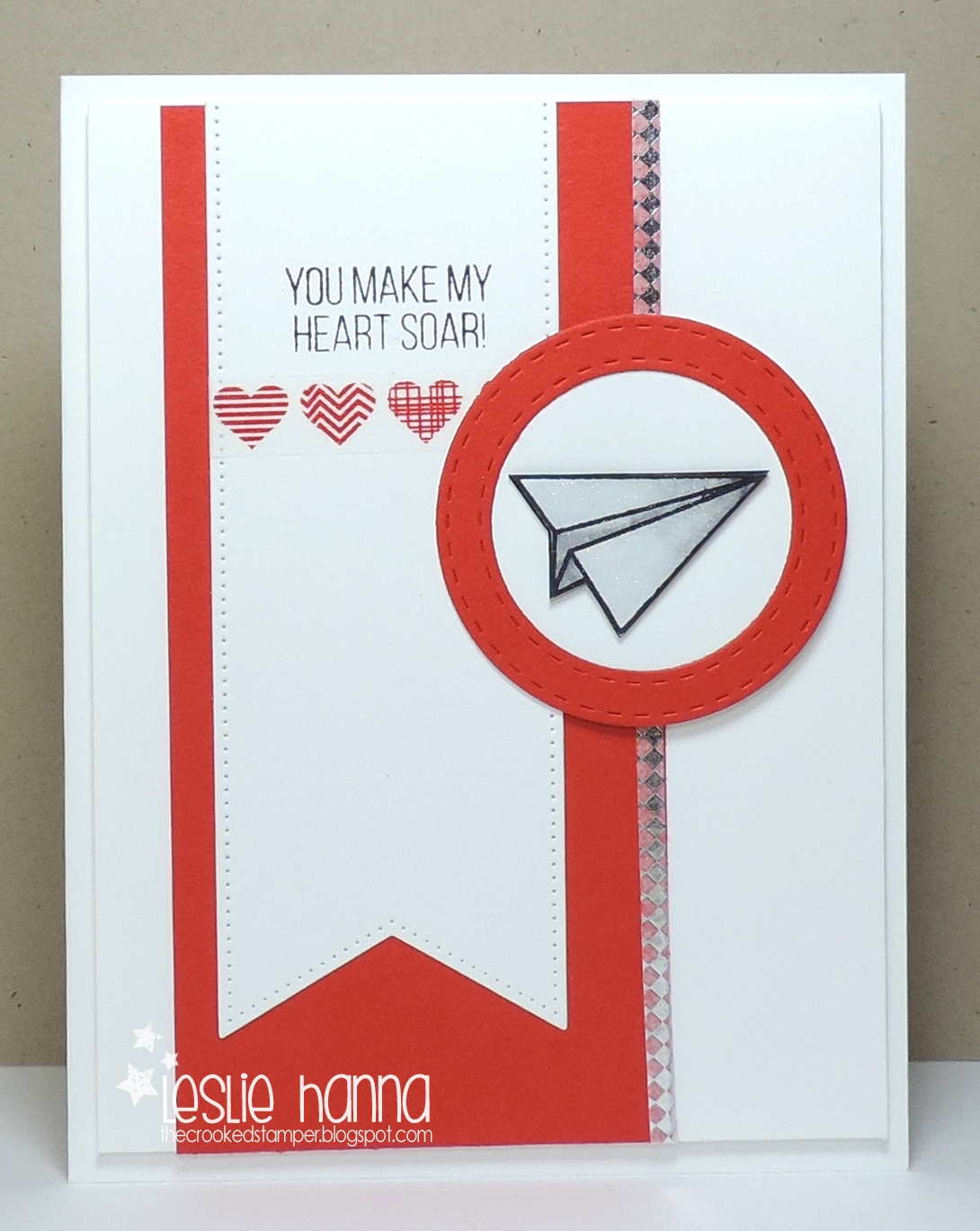 Granted, I have more white than red, but white isn't technically a color, so red is the primary color. :)

I followed the sketch from the Simon Says Stamp Flickr Challenge #8: 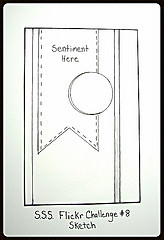 The red panel is Simon Says Stamp Lipstick Red, and I need to get a whole pack of that stuff. It's a great red!  I cut the banner using the MFT Pierced Fishtail Banners, wrapped a piece of washi tape around it (I needed a horizontal element, plus it grounds the sentiment), and stamped the sentiment.

I wanted to make the circle element a heart, but the paper airplane looked better in a circle. I cut the red circle using my new Simon Says Stamped Stitched Circles dies. I didn't even bother cutting them apart, so I cut ALL the circles. Since I was still too lazy to cut the dies apart, I used a circle from my Lil' Inkers Stitched Mats: Circles die set to cut the white circle.

The airplane and sentiment are from the new Simon Says Stamp Quite The Pear set. I stamped it several times on white, and colored one of them with several greys, then about five layers of Wink of Stella. I cut out all the airplanes, glued them together, and stuck the colored one on top. I think the thickness and the glitter make it pop, and that's what I was going for.

For the vertical element down the red panel, I went with a piece of silver foil washi tape. I've found I need to really burnish that stuff to make it stick, but once it's stuck, it stays put. It also ties in with the grey, glittery paper airplane.

I tucked some foam tape under the right side of the circle to hold it up, then put the white panel onto a white base.

I really, really wanted to make the airplane teal, and I did color a teal one, but in the end I went with grey. I must. be. strong.  *bites nails*

So, how about you play along with us? If you're sick of making Christmas cards, why not start on Valentine's Day, hmmm?