Time To Give The Fruitcakes

Remember that Dunkin' Donuts commercial, where the guy gets up at O'Dark Thirty* and mutters "Time to make the donuts ..."? That's how I said my post title in my head.

My holiday tradition used to be making several batches of buckeyes and giving them away. The past few years I've been making Alton Brown's Free Range Fruitcake instead.

This year I made a double batch, probably because I heard at least one person mutter something like "there is NO good fruitcake."  I aim to change their opinion. :)

So, the fruitcakes have steeped for several weeks, and I moved on to the packaging. I finally found a use for my wide SU ribbon: 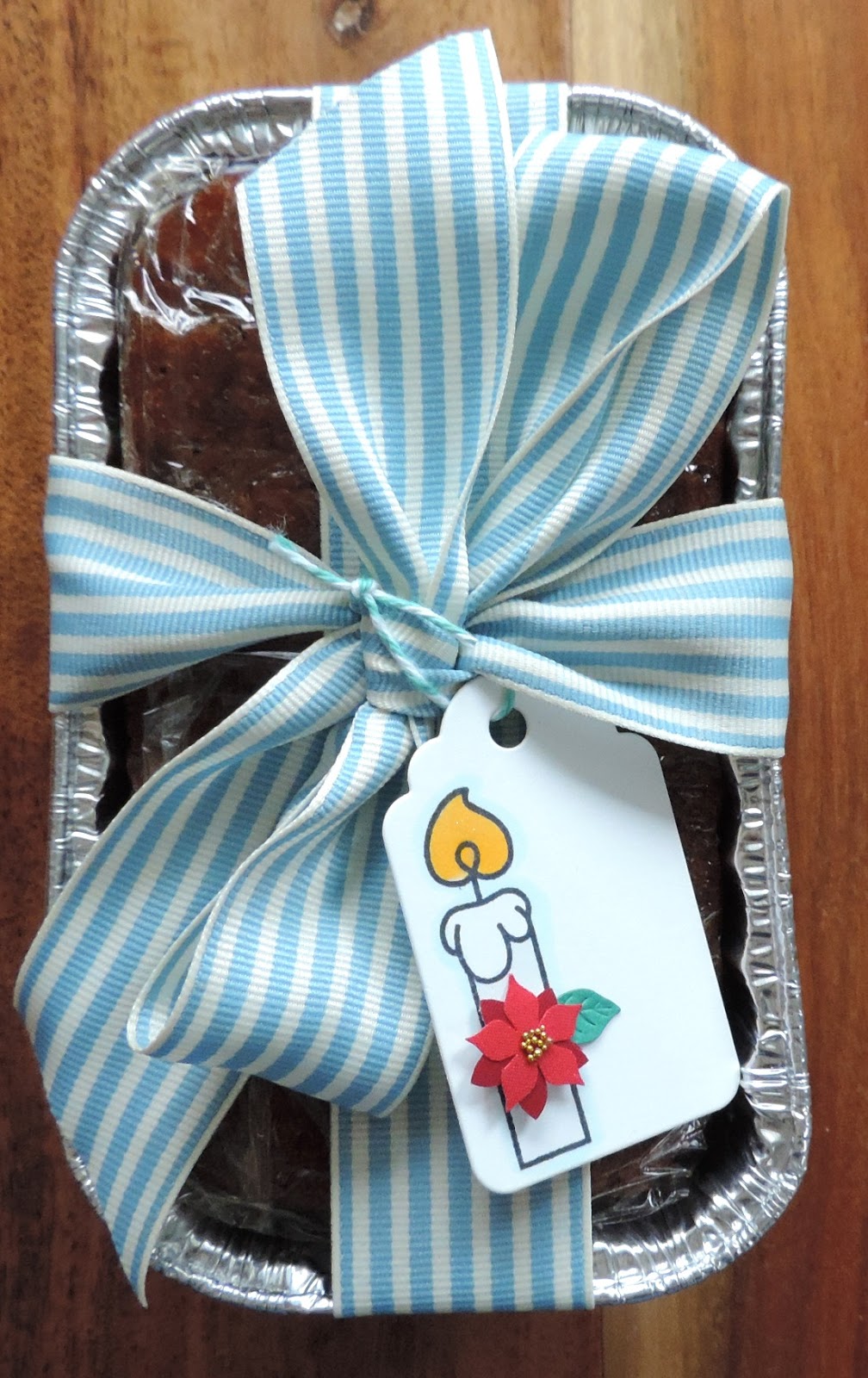 I used whole spool of it - YAY!  Oh, and don't be too impressed; those are mini loaf pans. 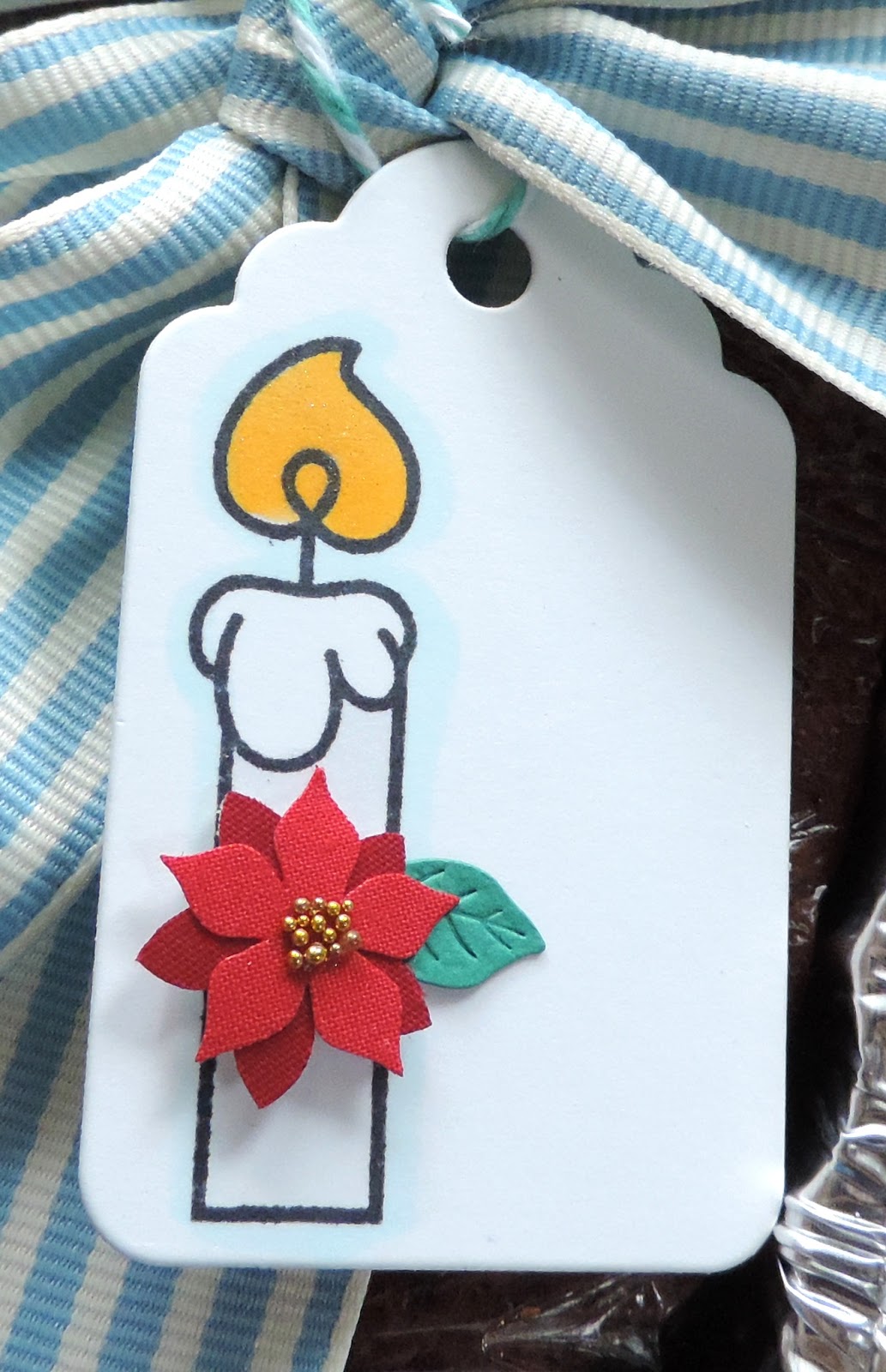 I generally don't buy seasonal stamp sets, because their use is so limited. I like stamps I can use all year 'round! But I do own quite a few Christmas sets, and I use so few of them each year it makes me sad.  And, since I use them so infrequently, I don't really know what I've got.

Case in point: is this not the cutest candle ever?!?!? HOW have I not seen this before now?!  So I used it on my tags. I die-cut the tags with a WPlus9 tag die (linked below), stamped all the candles, then colored them with Copics. I wanted a white candle, but it still needed some contrast, so I used C00 to color the bottom and under the dripping wax, and a B0000 to outline it. I also went over the flames with my clear Wink of Stella pen. Then I found a pack of mini poinsettia stickers, and put them on the candles.

I cut twice as many tags as I needed so I could stick a back onto them and have them look more finished. I stamped from and wrote my name on the backs. The tags were tied to the ribbon with some baker's twine. The end.

I think they came out really cute!

I'll let you know if there are any fruitcake hater converts. I like to have at least one per year.

*O'Dark Thirty is a phrase used by people in IT (crazy programmers, DBAs, network engineers, and other computer people) to indicate what time they have to get to work. Since most people's lives revolve around the Internet, any web site that has to do maintenance does it during off hours, which to a lot of companies is 3 am Sunday morning. Work generally spans several groups over several hours. Some people come in as early as midnight or 1 am, and some come in later, like 4:30 am. I don't care what time of year it is, it's DARK when we go in to work. What time is it? O'Dark Thirty. That movie is just stealing our words.

Stuff I used: Little B mini poinsettia stickers, and the following: