A while back, I ordered a bunch of dies from Frantic Stamper. Today I pulled one out to actually use it. 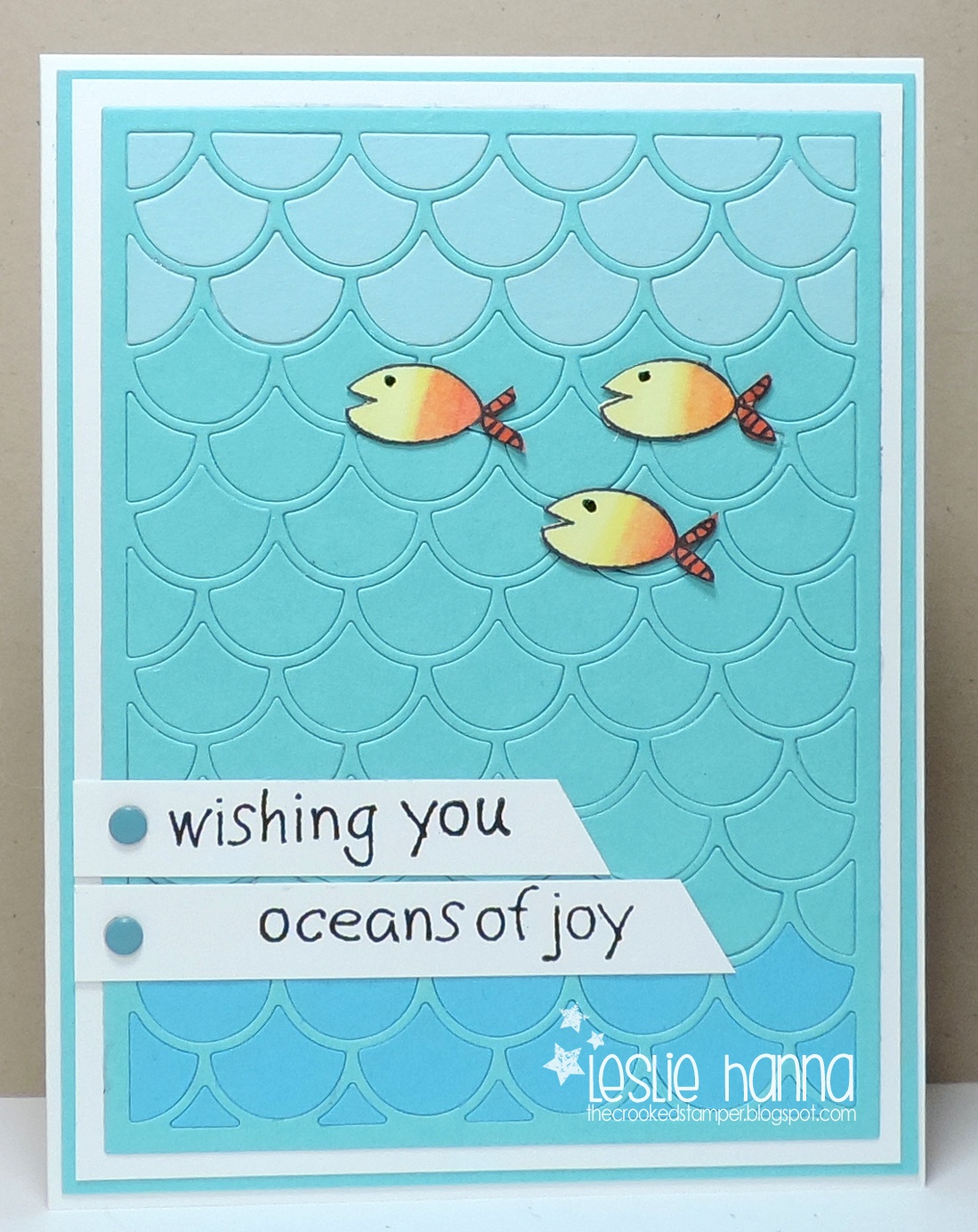 I started by cutting the Fish Scales Card Panel out of three different colors of blue card stock. I stuck the mid-blue color to a white panel, then set to work to replace the fish scales into the piece.

By now, most of you know I like to work on a 4"x5 1/4" panel (the better to screw up and minimize card stock waste), and the cool thing about this die is it's less than my standard panel size, like it was meant to be!

I put in two rows of lighter and darker pieces, and left the rest the color of the border. This panel was originally in the other direction, with the dark blue at the top. Of course, I had no idea what I'd do with the panel, so it didn't matter, until I decided to make a fish card and was forced to turn the panel upside down. Why? Because in an ocean, the lighter colored water is shallower than darker colored water, so the darker blue needed to be at the bottom. But that's okay, since it looks less like fish scales and more like waves this way.

All I needed to add were a few fish and a sentiment, so I turned to my trusty Hero Arts Oceans of Joy set. I colored a few fish, cut them out, and added a sentiment. Done.

I really like this die, and I'll probably use it again very soon.