I decided to play with some new dies, and this is what happened: 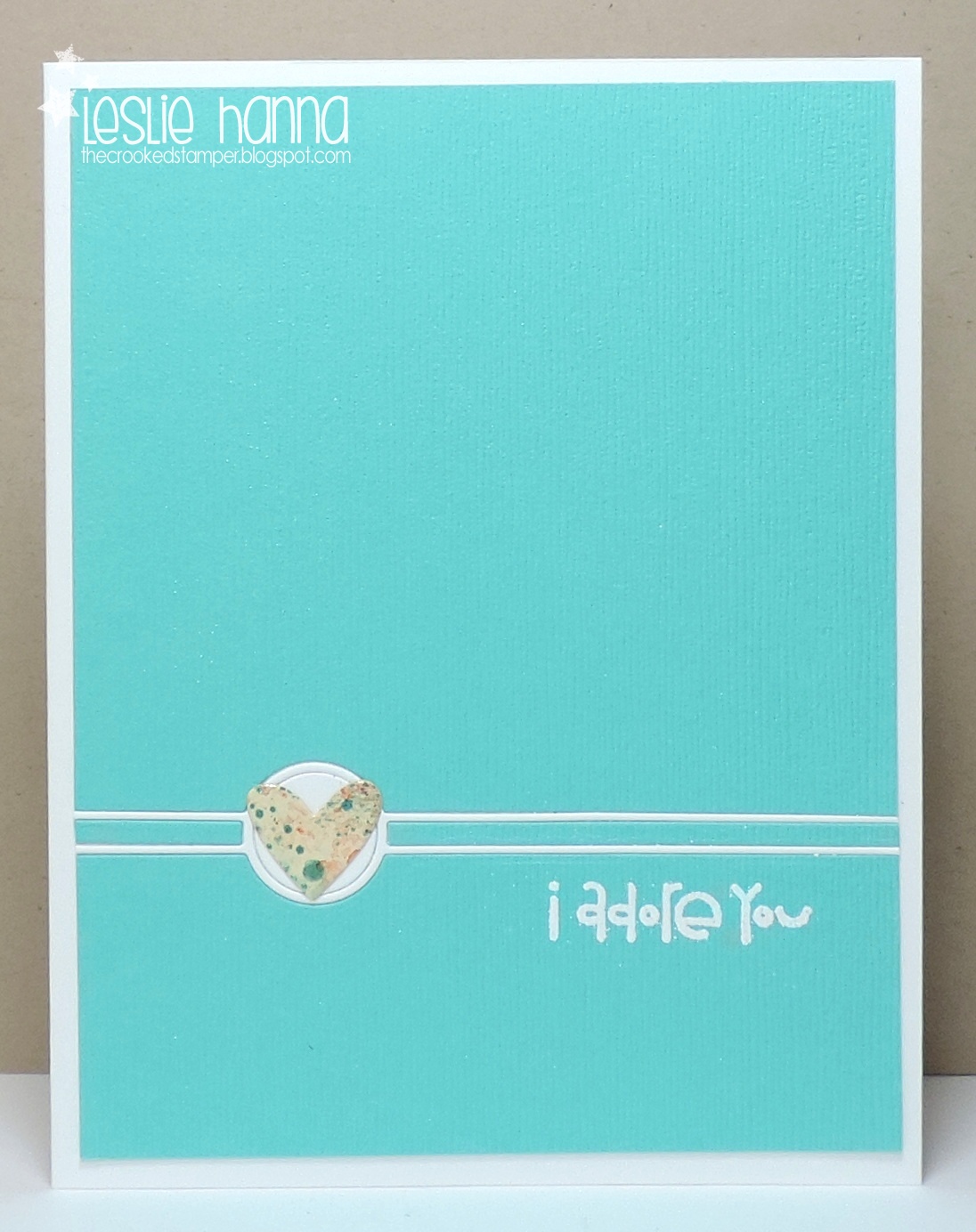 I got the new Simon Says Stamp Highlight Frames dies, and they make this very cool, skinny border with a fun shape that lends itself to all sorts of  options. The set comes with three dies -- a heart, a circle, and a square -- so I opted to use the circle and stick a heart on it. I'm weird like that.

Even though this is a very simple card, I managed to turn it into work. I cut the die out of the green-ish card stock to make the opening, then cut it again out of white. I then cut a piece of printer paper just smaller than the green panel, and stuck the top part of the green to the printer paper.

I have a bunch of die-cut hearts on my desk that I made from a left-over tag that was used to clean up ink from my craft mat*. I thought the colors were close enough to use them here.

Here's another version, just flipped, and with a different heart: 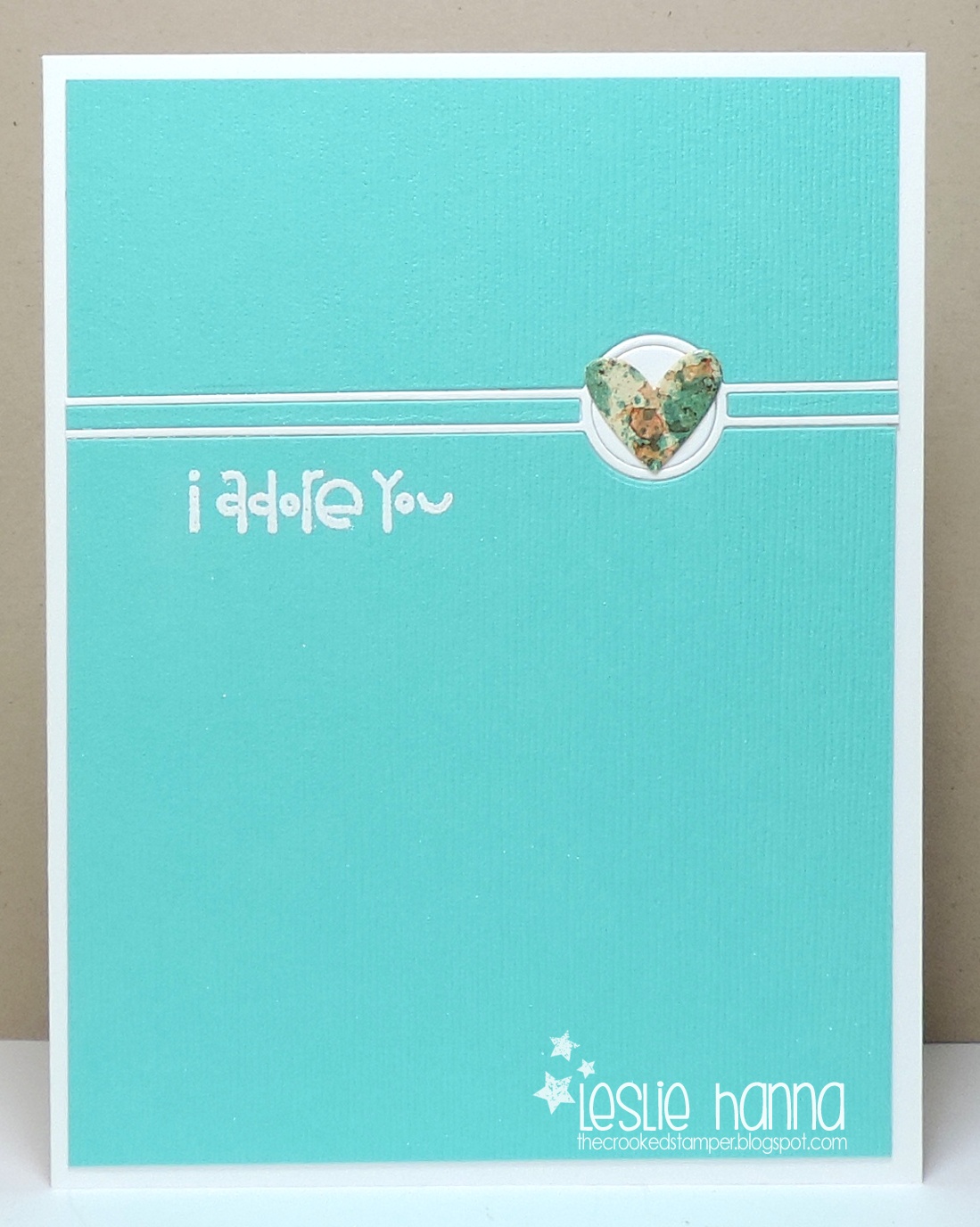 Here's yet another version, where I used the colored die-cut piece with a white card panel: 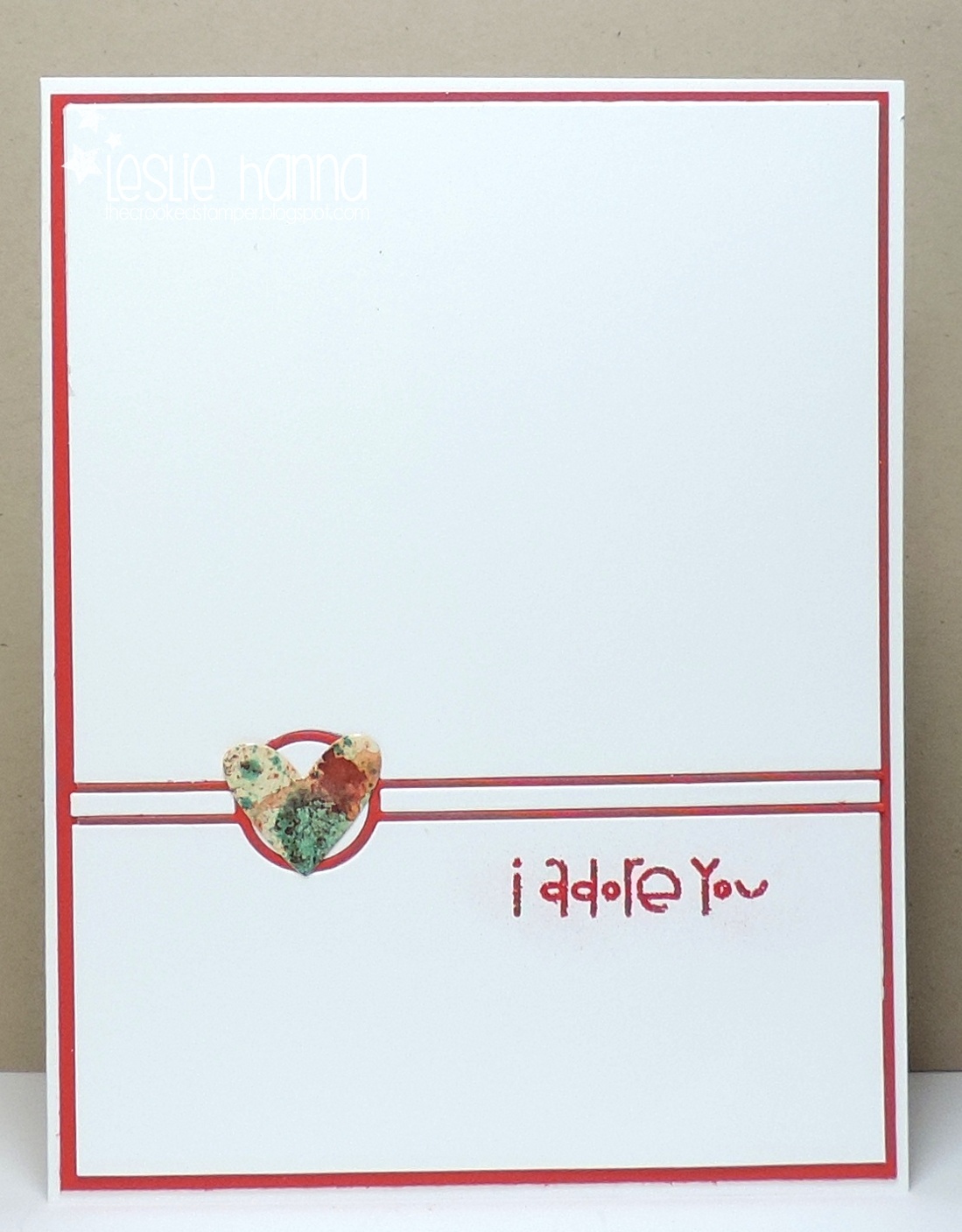 I actually made this one before the green ones, and I decided I liked the colored backgrounds better than the white. This heart also has a lot more color in it. And I might need to break up with colored embossing powders, as there's a halo of red around that sentiment, even though I used my powder tool. Sigh. Next time I'll use red pigment ink and clear embossing powder.

In other news, I discovered that my cache of SU Poppy Parade card stock (red panel) is a darn close match to Simon Says Stamp's Lipstick Red (die-cut). Sometimes that hoarded card stock from forever ago comes in handy.

I'm going to see what else I can cook up in the craft room today. Thanks for stopping by!

* Back when I took the Online Card Classes: Creative Chemistry 101 and 102 classes, one of the things Tim suggested we do was use a tag to pick up left-over inks from our craft mats. No need to waste! While clearing out some boxes last week, I found one of those tags, and I die-cut a bunch of hearts out of it. Those hearts now live on my desk, and I'm using them!