You know how you sometimes have an idea for a card, and you think about it, sometimes for years, then when you finally get all the parts-is-parts and it starts to become a reality, you see someone else has just made the exact same card? Yeah, that happened.

I've had the WPlus9 Pretty Patches: Umbrella stamp and die for a long time, maybe years, and I've thought how cool it would be to have it on a raindrop background. I finally got a raindrop stencil, and planned to make the card very soon, when I spied this card on Susan's blog. I guess it was a good idea.

So instead of me just making this card out of my head, it's turned into a CASE. Here's my card, then I'll whine some more: 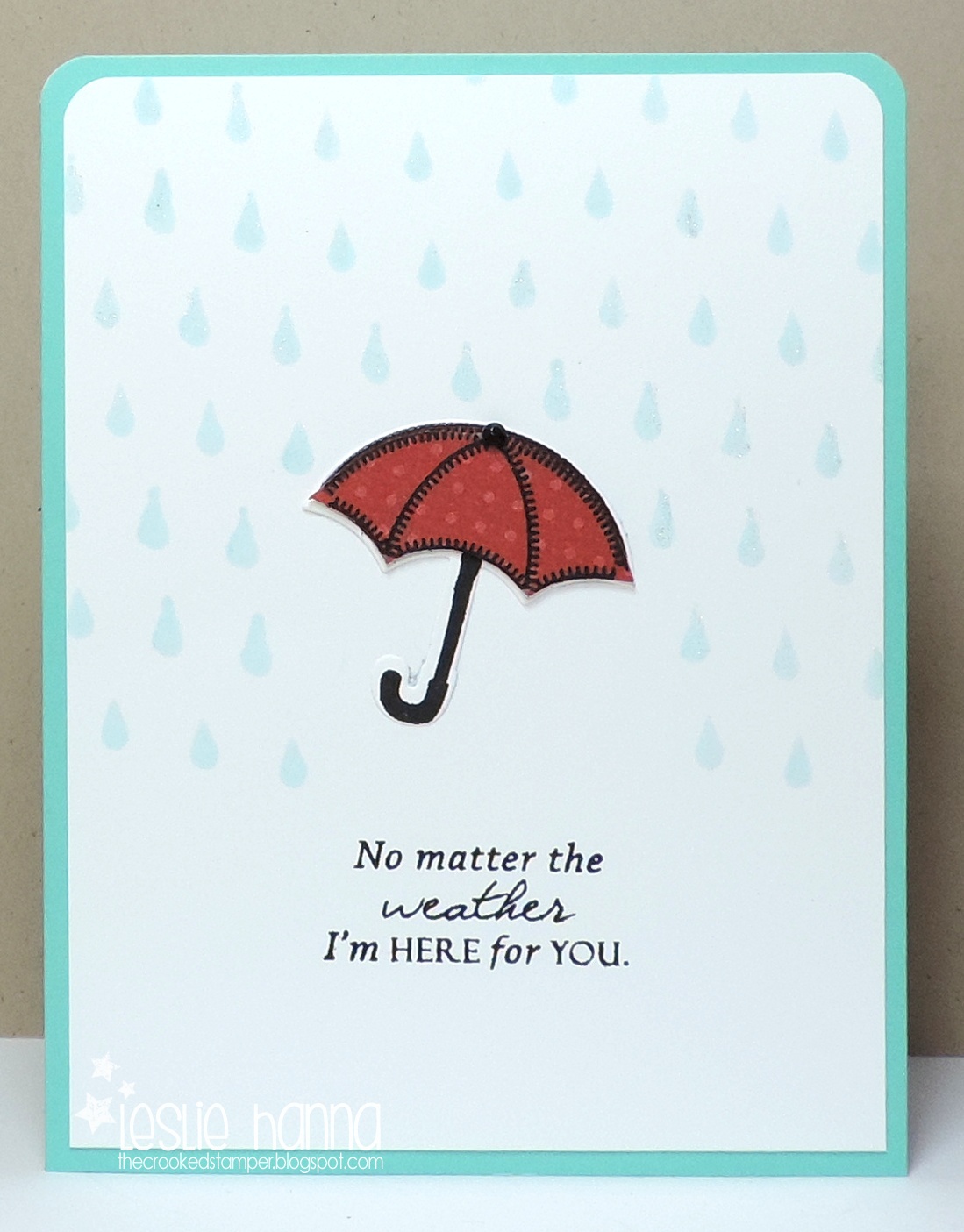 Please note that my card is not one-layer, nor does it use color wheel opposite colors, but it does use an umbrella with raindrops. Susan is a master at CAS and one-layer cards. Me? Not so much. So when I say I CASE her, it's a relative term.

I started out by die-cutting a white umbrella and putting it on the card front for reference. Then I put the stencil over the white panel, and with a dauber and my Simon Says Stamp Sea Glass ink I colored the raindrops around the umbrella.

About that umbrella: I'm not feeling the love.  The die (to me) is a different shape than the stamped image. The die has points where the stamped image has squared-off points. The three separate umbrella parts images would fit better in the die-cut than the one-piece umbrella image, but I know me pretty well, and the chances are less than zero that I'd successfully align all three stamped images onto that one die-cut, so I went with the single full umbrella image and cut the points into ... points.  Whatever.

I could have been smart like Susan and just stamped the image right onto the card front, but I think we've already established that Susan and I are not in the same league. And anyway, stamping directly on a card front makes me itch. She has no illusions that I'll enter her One-Layer challenges.

After I put the white panel onto a pool note card, I went over the rain drops with my clear Wink of Stella pen. You'll have to trust me on that.

So, that's one card I can remove from my mental "some day" list. I may play with it again, and I may find I need to just purge that stamp set and die. We shall see.