Here's another card I made during my recent crafty weekend: 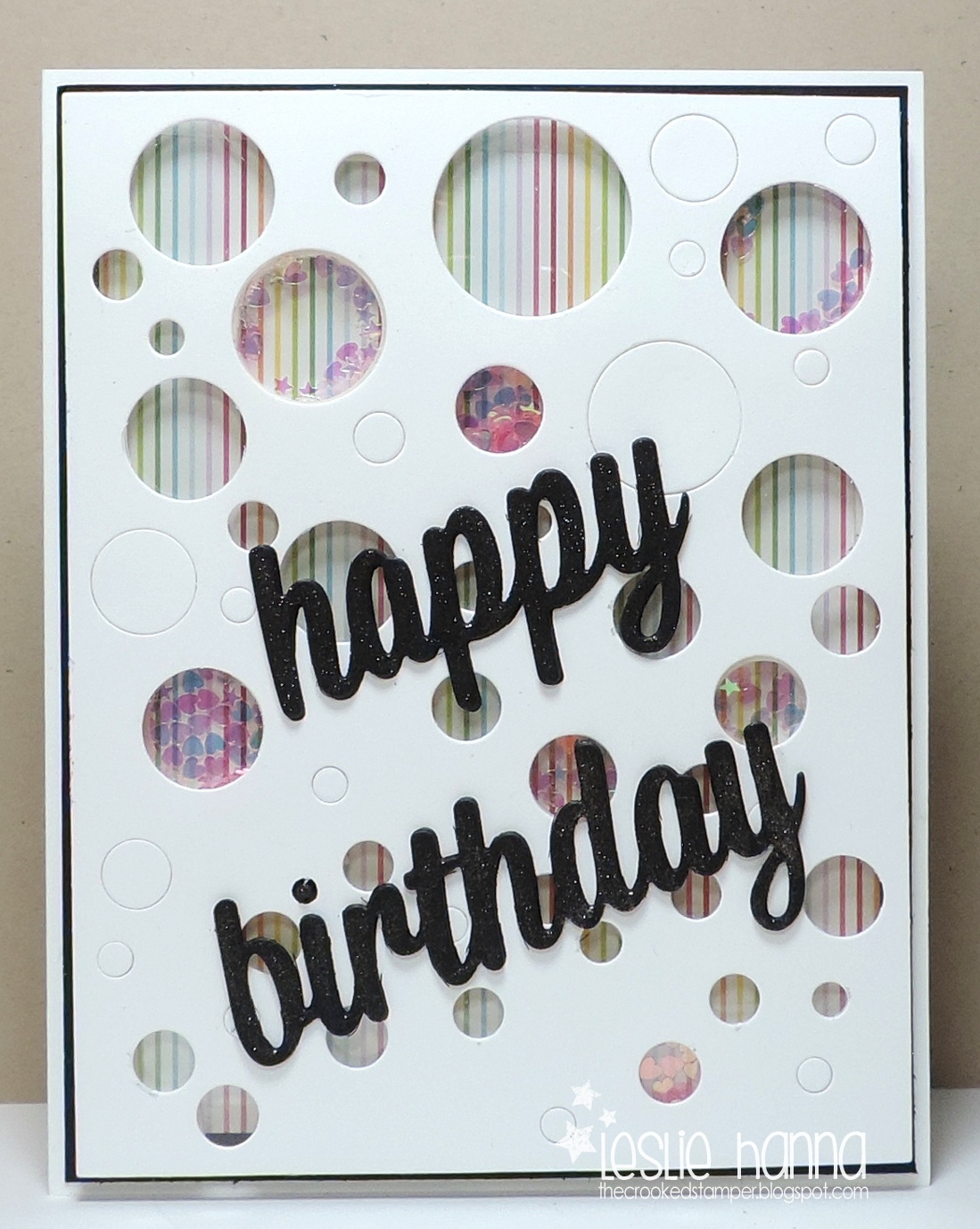 There are a few things about this card I feel the need to explain. First, it was totally made with the recipient in mind. She loves pink and she loves sparkle. :)

Second, it's larger than an A2 card, since the die-cut panel is A2-size, and I still wanted to mat it.

Third, this was an experiment to make me use my SU Shaker Frames, which are pre-cut sticky circles. I saw an opportunity to try them after owning them for years, and while I have largely broken up with shaker cards, my friends make them, so if I needed help, they were there to save me.

Since the shaker frames were circles, I chose a die panel with circles in it, then started to apply the various-sized circles to the back of the die-cut card front. Here's what it looked like: 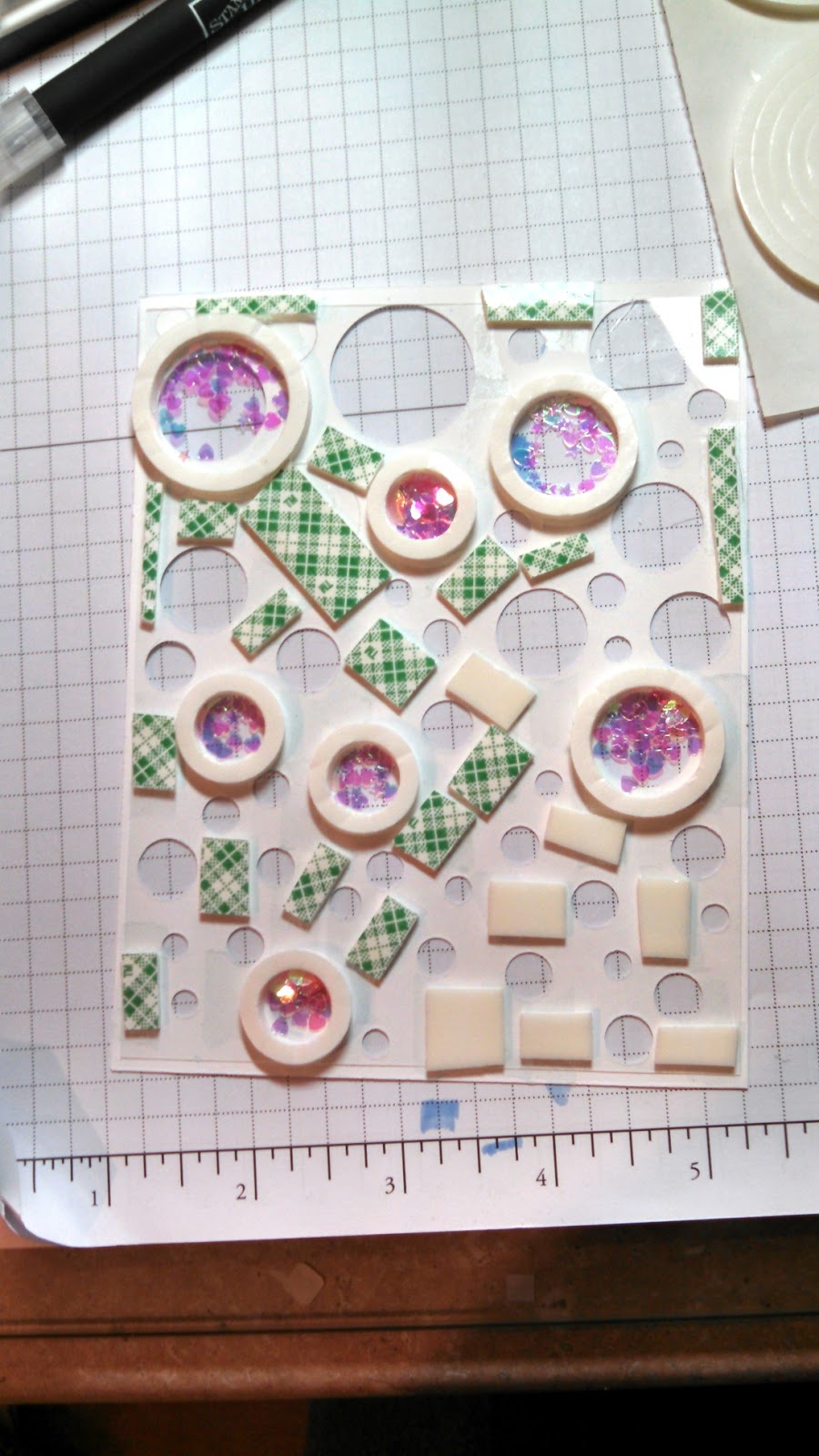 I put the sticky circles around a few of the openings. To do this in a few spots I needed to replace a few of the white circles. This will make more sense when you see the card front post-assembly. I filled the rest of the back with pieces of foam tape two layers thick.

I dumped a bit of MS hearts & stars glitter into the sticky rings and added a second layer of acetate to hold it all in place. I suppose I could have just added the paper layer instead of a second piece of acetate, but I was in a Make It Hard frame of mind.

Here you can see a few of the shaker pieces, and also some of the filled-in circles that hide the larger sticky frames underneath. 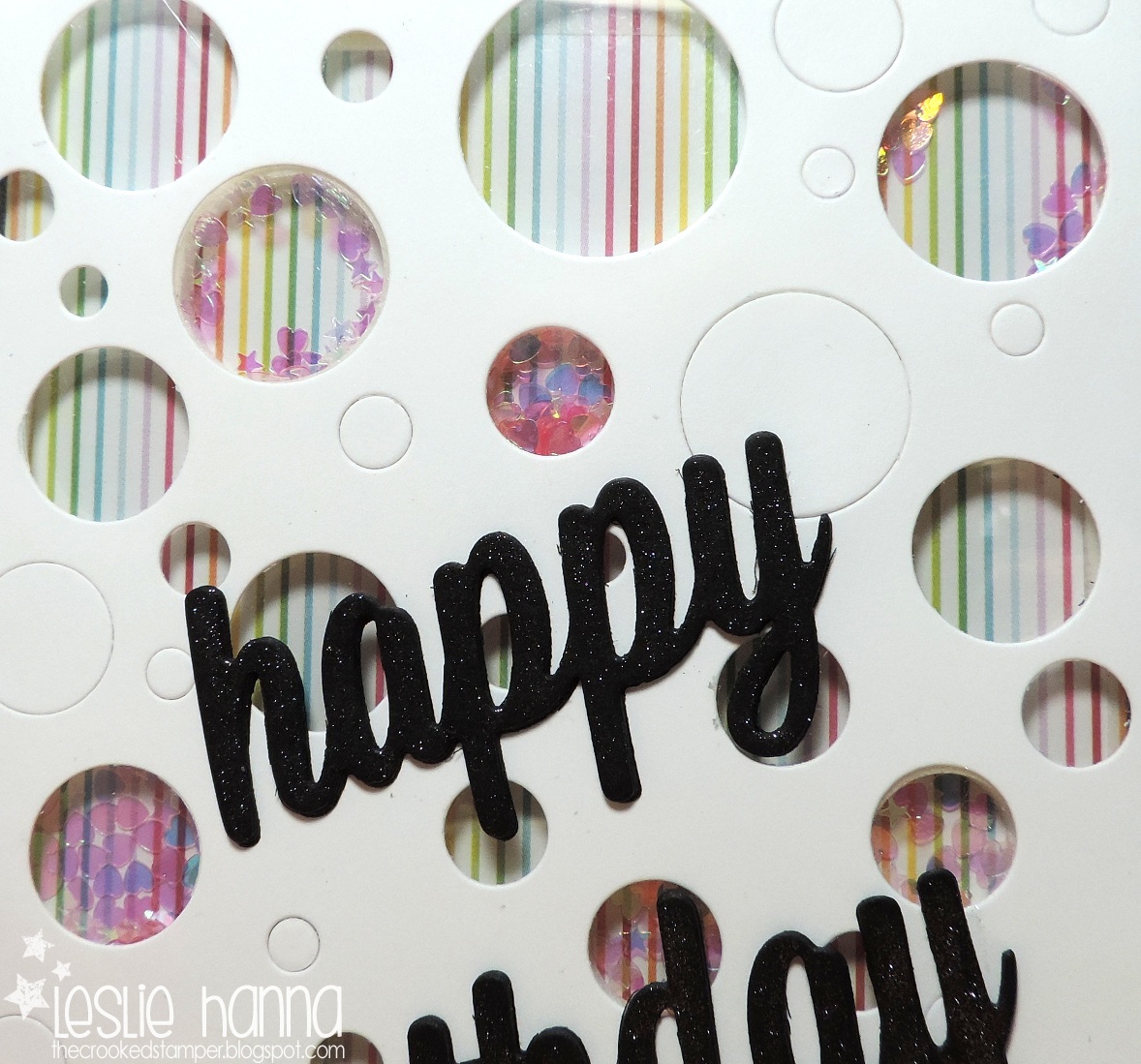 You can also see the Wink of Stella on the die-cut words. I told you my pal likes sparkle. :)  Because of the black words, I added a black layer under the front panel and put the whole thing on a larger-than-A2 base.

Next time, if there is a next time, I'd replace the white circles in the card front all the way around the edges and put strips of foam tape on all four sides for a smoother, less-fussy, adhesion to the base. (adhesion ... I crack myself up)