Happy New Year, everyone! Today I ventured into the craft room and came out with three cards. Yep: three! All of them were made from parts-is-parts, from both the UFO pile and the pile of card stock next to my trimmer. The only new things used were the dies that jumped into my cart at Frantic Stamper, and the white card bases.

Here's one of the cards, then I'll explain: The die is new, and I cut it three times from a remnant of black card stock next to my trimmer.  The background is from the UFO pile, and the red layer was a piece torn off a failed card and sitting on my desk.

I stuck the three layers of sentiment together, then stuck them to the UFO panel. They looked weird all lined up, so I made them not-lined-up, even slopping over the edge. After I put it all onto a white base, I covered the letters with clear Wink of Stella: 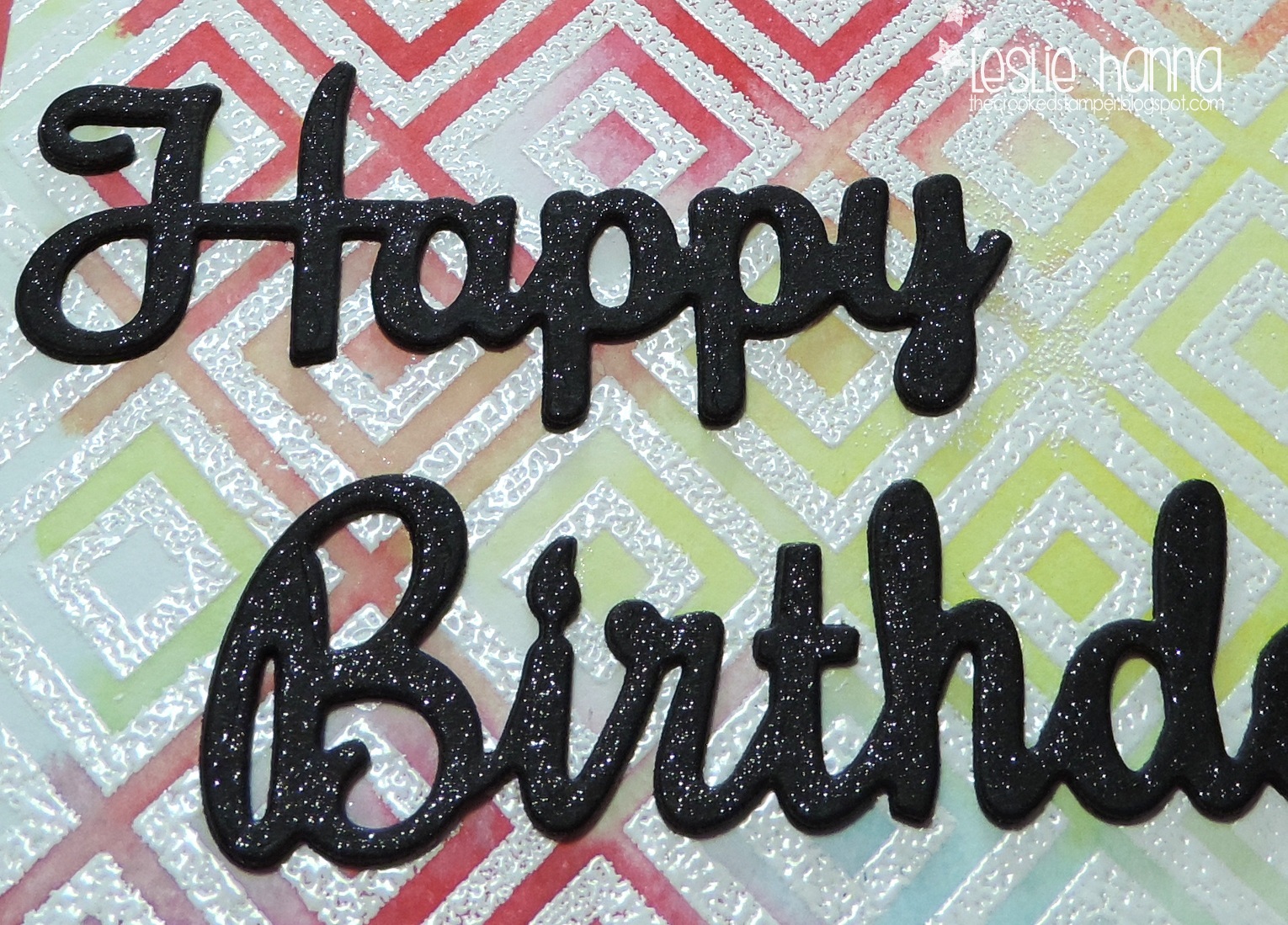 
For the heart-shaped O in Love, I cut a pink heart from another UFO, set it into the black opening, and filled it with Glossy Accents. I also covered the text with Wink of Stella: 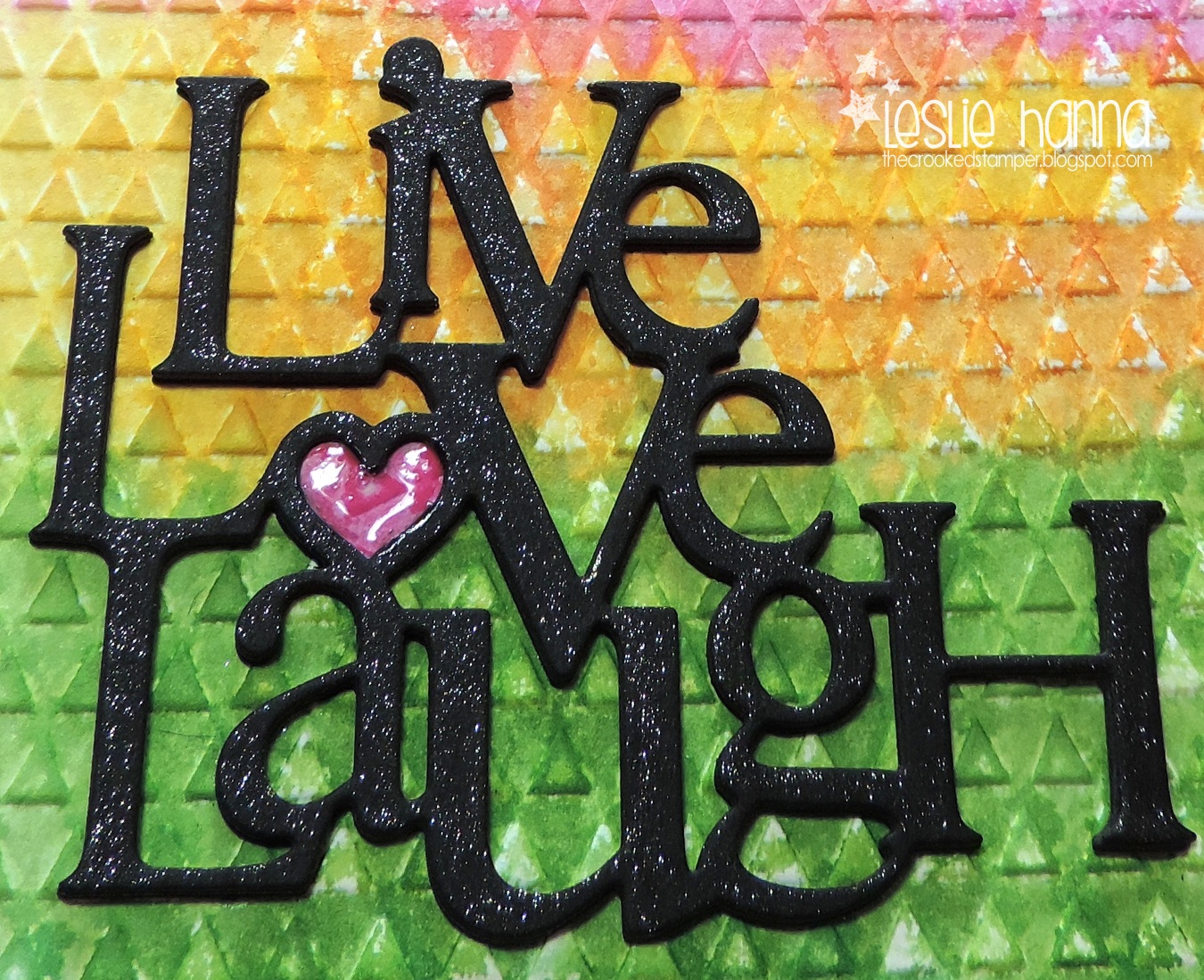 When I cut that pink heart from the second UFO, I thought I'd cut the whole thing again from the UFO, and that gave me the third card:


The die fit in this spot on the UFO, and it was a total surprise color-wise when I looked at it. I decided to put it onto an orange panel, but the bottom half blended too well, so I cut a white circle for contrast.  I first put the whole die-cut in the circle, but I liked the die-cut more centered, so I got some slop-over.

I cut an orange heart out of a remnant of the orange panel and put it into the heart-shaped O in Love like I did with the other card. I colored the heart with clear Wink of Stella and filled the opening with Glossy Accents. I did not cover the rest of this die-cut with Wink of Stella: 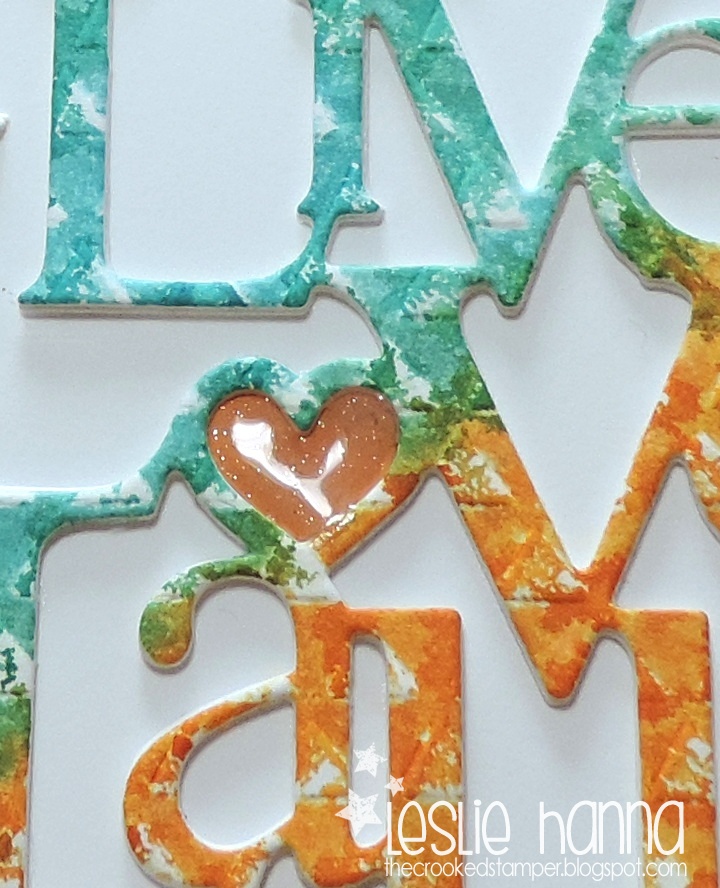 So don't throw away your failed experiments! Eventually you could use them like I've done here to make fun cards.

Email ThisBlogThis!Share to TwitterShare to FacebookShare to Pinterest
Labels: From The Ashes, No-Stamping Projects