At first I loved the idea of dueling challenges with my pal Joy, but now I'm not so sure. You see, she suggested we play the current Mojo Monday challenge:

which was fine with me, but then she threw me a curve and challenged me to use pink. Yes, (gah) PINK! I think it's a conspiracy, and I do not like it, Sam I Am!!! *stomps foot*

On a brighter note, I'm almost done with my Basic Grey True Love 6x6 paper pack, so there's that. 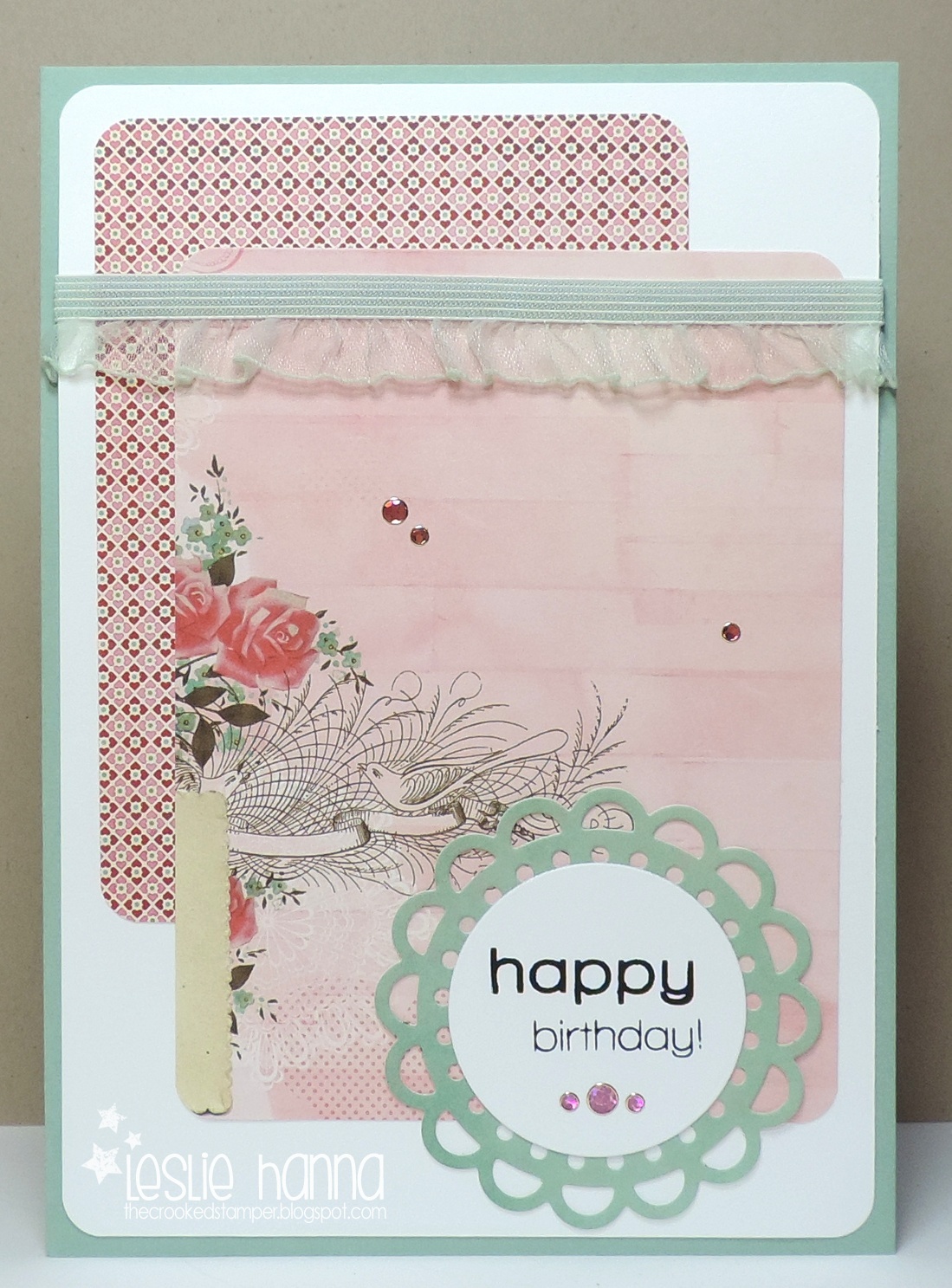 I took two partial pieces of paper and used them up. I liked that the top pink layer had a design on it and makes it look like I tried harder than I really did. These pieces were too large for a standard A2 card base, so I went with 5x7. And no, I couldn't really cut down that top piece, or the design wouldn't look right. I think my pal Marianne would be very proud of me for stepping outside my standard A2 card size. :)

To break up all that (gah) pink, I used a piece of green from the pack for under the sentiment. Maybe I should have used a sentiment with a more frou-frou font, but this one fit. By now most of you know I tend to stamp without a net, also known as backing myself into corners. I had to use what fit on that white circle, and this set was it. I tried to bling it up a little with some Stampendous sparklers.

As an added bonus, I had A Moment while looking for just the right green for the card base. Way back in 2002 or 2003, during my stamping infancy, I was on the hunt for sage green card stock. I hit up just about every scrapbooking store in town, and just could not find what I was looking for. Finally a co-worker mentioned she was an SU Demo and they had a Sage card stock. That was the beginning of the end for me. So I'm kinda happy that my hoarded Sage Shadow worked on this card. :)

The frilly ribbon is from my pal Lauren. This time I stre-e-e-tched it across the card front to see if it stayed as straight as the line of permanent tape I used. It sorta worked.

Now I need to go make something green, or blue, or orange. Ugh.

Don't forget to stop by Joy's blog to see what she made!